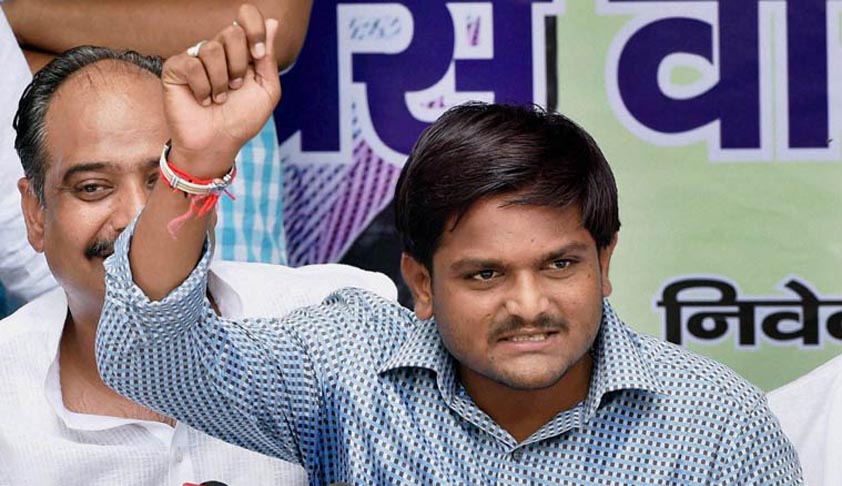 The Supreme Court today issued notice to Gujarat government on a fresh petition filed by Patel quota agitation leader Hardik Patel against High Court order refusing to  quash sedition charge against him for allegedly attacking places like police stations in the state.

Justices J S Khehar and R F Nariman posted the appeal for hearing on January 5 with another plea of pending plea against another High Court order.

“At best the case is of intemperate language and the provisions invoked against him does not fit in ..this is a totally different case. From where does sedition come I don’t understand”, senior lawyer appearing for him, Kapil Sibal, told the bench.

Attorney General Mukul Rohatgi who appeared for the Gujarat government however stiffly opposed Patel’s petition saying  judiciary, police, police stations and politicians were targeted across the state and it cannot be said that there was no criminal action.

On November 6 Patel had suffered a major setback when the Supreme Court refused him bail and asked the Gujarat police to complete probe in a sedition case against him within 45 days.

When Sibal urged for dropping of sedition charges and a bail, the bench had said “for the  time being we will do nothing. Let the probe continue. At the end of it if they find nothing, then sedition goes automatically. The polilce has a video ..let them  look at it and decide”