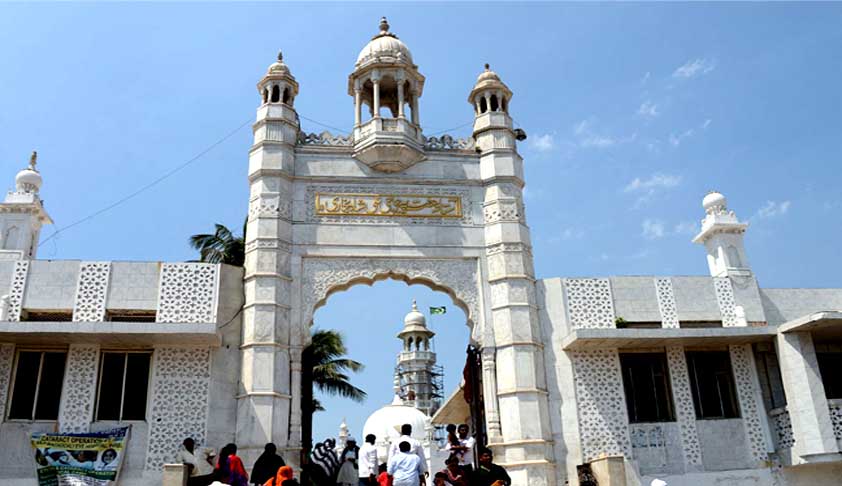 In a major victory for female worshippers, Mumbai’s Haji Ali Dargah Trust today told the Supreme Court that in a month’s time women will be allowed till its inner sanctum sanctorum.“We have already passed a resolution on October 11 to this effect and need two weeks time to implement..Some flooring has to be done and we also need to remove some obstructions like wooden windows and...

In a major victory for female worshippers, Mumbai’s Haji Ali Dargah Trust today told the Supreme Court that in a month’s time women will be allowed till its inner sanctum sanctorum.

“We have already passed a resolution on October 11 to this effect and need two weeks time to implement..Some flooring has to be done and we also need to remove some obstructions like wooden windows and treasury boxes which are on a separate path being made for women. Over all in a month’s time women will be allowed in”, Senior Advocate Gopal Subramaniam who appeared for the Trust told a bench headed by Chief Justice T S Thakur.

The trust told the SC that it had decided to scrap a 2012 order that said it was a grievous sin to let women enter the mosque.

The decision comes roughly two months after the Bombay high court struck down the ban and called it a violation of fundamental rights. The trust had challenged the verdict in court.

Welcoming the decision, CJI Thakur said “We are concerned only about equal access to women and not in reason why trust is doing it now..so long as you give access it is fine. We only wish to find a solution”

This change in the dargah trust's position comes four weeks after it filed the case and informed the Supreme Court that, "it does not want to take an adversarial position on the issue and wants time to resolve the matter".

SC HAD NUDGED FOR A SOLUTION

During the hearing the bench had told senior lawyer Gopal Subramaniam who appeared for the Trust in appeal: "there is a problem if women are not allowed to go beyond a point but men are...you take a progressive stand on the issue"

On August 26, the HC lifted a ban imposed on women from entering the inner sanctum of the dargah. Noorjehan Fiaz and Zakia Soman, founders ofBharatiya Muslim Mahila Andolan had petitioned the Bombay HC against the ban, calling it unconstitutional.