SC orders Asaram be brought to AIIMS for checkup by Air; refuses to gag media 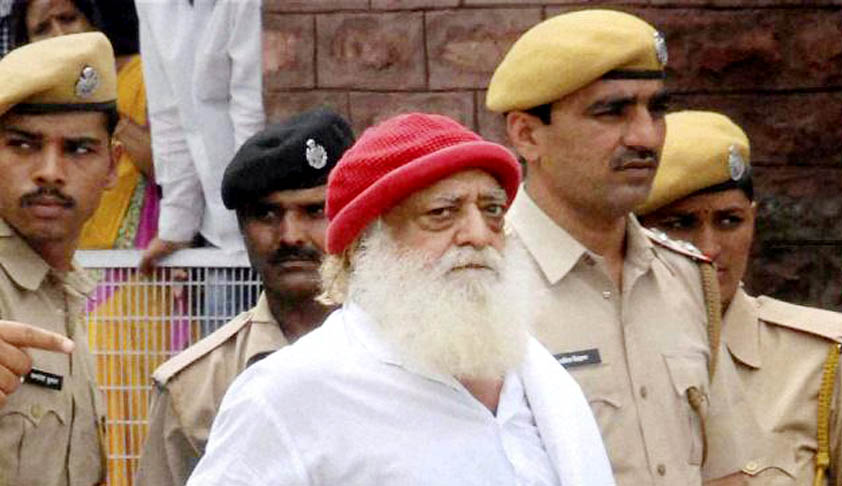 A bench of Justice A K Sikri and justice N V Ramana is hearing Asaram’s bail plea. The judges wanted to ascertain his medical condition before allowing him bail to go to Kerala where he “needs to undergo a special treatment- Panchakarma (Ayurvedic purification and detoxification treatment)”.

The bench decided that it would be better to ask the accused to come to Delhi than send seven doctors of the court-appointed board to Jodhpur. They allowed air travel for Asaram as his lawyer Raju Ramachandran said last time when he was brought to Delhi by train, he had faced a hostile crowd at the railway station and it took three  hours for him to come out of the railway station.

Surprisingly, Ramachandran urged the court to restrain the media from reporting each proceeding of the bail hearing. “The order should not be reported by media”, said Ramachandran

But justice Sikri retorted: “No. Why? what is there in it. We cannot gag the media”

A report has been received from the AIIMS. As per the report, a team of doctors have been constituted to examine then petitioner. However the board wants that the petitioner be brought to the AIIMS.

From the report is becomes clear that medical board of seven doctors have been set up. According to us the convenient option would be to bring the petitioner to the hospital rather than all the doctors going to Jodhpur where the petitioner is lodged.

However Ld Consel for petitioner Raju Ramachandran raised an apprehension that when the last time he was brought he had to face a hostile crowd at the railway station. But that can be taken care of if the petitioner is brought by air. We direct the AIIMS to fix the time and date and the petitioner may be  informed in advance.

Till now the matter was heard by a bench comprising Madan B Lokur and R.K.Agrawal  The sudden change in the bench hearing the matter has surprised observers.
Asaram was arrested by Jodhpur Police on August 31, 2013 and has been in jail since then.

Senior advocate Raju Ramachandran appearing for Asaram, said the medical board constituted on the direction of the High Court has opined that his health condition was deteriorating and sought interim bail for him for a period of one or two months.

Asaram’s earlier attempts to get bail was unsuccessful with the SC dismissing his plea thrice and asking him to wait till all crucial witnesses in the case were examined.

He is being tried in a Jodhpur court on charges of rape, criminal conspiracy and other offences in connection with alleged sexual exploitation of a minor girl in his ashram.

The 79-year-old godman is also facing charges of rape in another case in Surat in Gujarat and he has been in jail since September 2013.  He had knocked SC doors after the Rajasthan HC dismissed his bail plea saying since the trial of the case has reached its fag end, it was not appropriate to grant the bail.