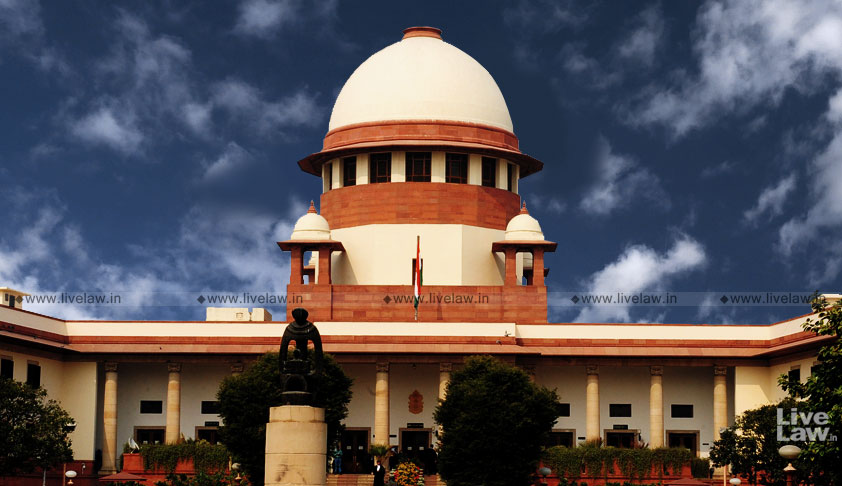 The Supreme Court on Monday ordered that status quo be maintained with regard to a mosque situated in the premises of the Allahabad High Court, which had last year directed that the structure be removed.A bench of Justices Madan B Lokur and Deepak Gupta also issued notices to the Uttar Pradesh government, Registrar General of the Allahabad High Court and others seeking their responses on a...

The Supreme Court on Monday ordered that status quo be maintained with regard to a mosque situated in the premises of the Allahabad High Court, which had last year directed that the structure be removed.

A bench of Justices Madan B Lokur and Deepak Gupta also issued notices to the Uttar Pradesh government, Registrar General of the Allahabad High Court and others seeking their responses on a plea filed by the Waqf Board.

The Waqf Board has moved the apex court challenging the November 8, 2017 order of the high court which gave it three months to move the mosque out of the premises.

During the hearing on Monday, senior advocate Kapil Sibal, appearing for the petitioner, said the top court had earlier asked Uttar Pradesh government to find out a solution to solve the problem but nothing has been done yet.

He said the mosque has been there since 1950s and it cannot be just asked to move out.

The high court area has expanded due to which they want to remove the mosque, he said.

When the bench said it was issuing notice on the plea, Sibal said the court should also order a status quo as the mosque cannot be demolished like this.

The bench agreed to Sibal's submissions and said that status quo be maintained there.

On May 14, the top court had asked the Uttar Pradesh government to explore the possibility of granting a piece of land to relocate the mosque situated inside the high court complex.

The court had asked the counsel for Uttar Pradesh to obtain instructions on the relocation of the mosque to "solve the problem".

On April 2, the Allahabad High Court had told the apex court that it does not have an alternative plot of land for relocating a mosque situated in the premises and the state may consider shifting it to another land.

It had also said that as far as the high court was concerned, there was no alternative land for relocating the mosque as they already had shortage of space for parking of advocates' vehicles.

The Waqf Board has moved the apex court against the high court verdict by which it had directed removal of the mosque situated in the high court premises.

On November 8, 2017, the High Court bench of  the Chief Justice Dilip B. Bhosale and Justice Manoj Kumar Gupta  told the Wakf management, mostly consisting of the lawyers practicing in the High Court, to voluntarily comply with the order, and also convince the members of their community to graciously accept and comply the directions and not to indulge in any wrong/untoward activity. The Bench, also directed the State/District Administration to deal with application sympathetically the allotment of an alternative site, if the Wakf prefers such an application.

The Bench in its 175 paged judgment, remarked: “While a citizen has complete freedom to profess, practice and propagate religion of his choice, he cannot claim right to erect structures in the name of religion in an unauthorized manner over public land or over land of others “

The Court was considering a PIL by an Advocate Abhishek Shukla in which he alleged that a Wakf has encroached on the High Court's property, whereon a religious structure, called “Masjid High Court” has been constructed without permission of the local authority.