SC Permits Punjab And Haryana DGPs To Continue In Office Till Jan 31, 2019 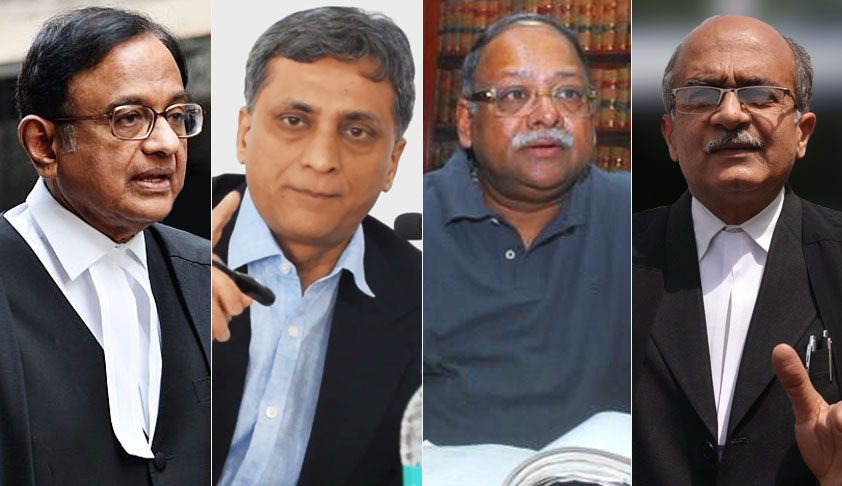 The Supreme Court bench of Chief Justice Ranjan Gogoi and Justices S. K. Kaul and K. M. Joseph on Wednesday permitted the incumbent DGPs of the states of Punjab and Haryana, whose terms expire on December 31, to continue in office till January 31, 2019.The bench also allowed the original petitioners in the Police Reforms case (Prakash Singh v. UOI; 2006) to file their objections to the...

The Supreme Court bench of Chief Justice Ranjan Gogoi and Justices S. K. Kaul and K. M. Joseph on Wednesday permitted the incumbent DGPs of the states of Punjab and Haryana, whose terms expire on December 31, to continue in office till January 31, 2019.

The bench also allowed the original petitioners in the Police Reforms case (Prakash Singh v. UOI; 2006) to file their objections to the amendments introduced by the various states in their Police Acts which are in contravention to the directions issued by the apex court in the said matter.

On Wednesday, Senior Advocate P. Chidambaram, appearing on behalf of the state of Punjab, drew the bench’s attention to the order dated July 3 where the Supreme Court had stated that any legislation/rule framed by the states or the Centre running contrary to the directions shall remain in abeyance. He regarded it as an “extraordinary order”.

The Punjab Legislative Assembly had in August cleared the amendment to the Punjab Police Act of 2007.

The panel of IPS officers, from which the DGP is appointed, is now to be recommended not by the UPSC, as mandated by the top court, but by a committee comprising the Chief Secretary, Principal Secretary-Home Affairs and Justice and the outgoing DGP of the state.

Further, the Amendment provides that “the state government shall select the DGP from a panel of at least three eligible IPS officers borne on the cadre of Punjab or any state cadre, who are in the rank of Director General or are eligible to hold this rank for appointment as the DGP, based on their service record and range of experience, having a reasonable period of remainder service left, which shall in no case be less than 12 months as on the date of appointment”

It also envisages a State Security Commission to select the candidate to be appointed as the DGP from the panel. The proposed Commission shall comprise the CM as the chairperson, the state Home Minister as the vice-chairman, and as members the Leader of the opposition in the Assembly, a retired high court judge, the Chief Secretary to the state government, the Principal Secretary- Department of Home Affairs and Justice, the state Advocate General, the outgoing DGP and two eminent citizens.

“The incumbent DGP had asked the state to extend his term by three months on account of this order...now we wish to appoint the new DGP...”, submission Mr. Chidambaram.

“And you cannot do that until we get rid of this order. We are not inclined to do that. Your legislation is on hold, but to vacate the order we need to hear them (the petitioners)...You cannot expect us to give you a hearing today...”, observed the Chief Justice at the outset.

When Mr. Chidambaram prayed that in the meantime the current DGP may be allowed to continue for another month or more, the Chief Justice initially remarked that the bench could not say so until it has heard the parties.

Senior Counsel Ranjit Kumar, for Bihar, advanced that the state contemplates the DGP to be selected from a panel recommended by a committee as formed by the Rules framed under the IAS Act.

Senior Counsel Shyam Diwan, representing Haryana, advanced that the state is facing a difficulty similar to Punjab, with an Ordinance, virtually identical to the Punjab Amendment, expected to be passed soon.

In his turn, Advocate Prashant Bhushan, for the petitioner, countered that most state acts are at a serious variance from the directions of the court- “The objective (with which the direction in Prakash Singh’s case were passed) was to ensure that the police is not used as an instrument by the political masters in the state. That is why it was said that if an Act is in disagreement with the preparation of the panel by the UPSC, it shall remain in abeyance. We have also filed contempt against several states...”