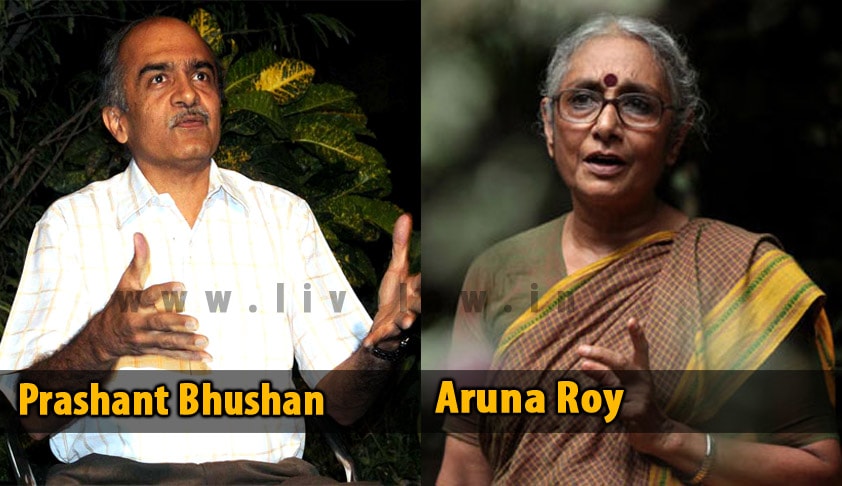 The supreme court today pulled up the centre and issued notice to it for improper implementation of MGNREGA in terms of timely payment of wages, compensation, unemployment allowance, and for  pending liabilities.

The court was hearing a public interest litigation filed by well known social activist Aruna Roy. It sought setting up of independent Social Audit Units and indexing wage rates under NREGA higher than that minimum wages under the Minimum Wages Act. envisaged in the Operational Guidelines 2008 and to comply with its statutory mandate of releasing funds to match the state governments’ expenditure at all times, that includes the expenditure for payment of compensation in lieu of delay in payment of wages to workers.

It also wanted a direction to the Central Government to direct the State Governments (under Section 27 of the Act) to ensure that prompt compensation is paid to all workers in case of any delay of more than 15 days in disbursement of wages (including for existing liability), in accordance with the Section 7 of the Act, as calculated by NREGA software, and that no excuse of fund non-availability would be allowed.

“As per data publicly available on official NREGA website, the implementation of the Act and rules framed there under suffer from glaring irregularities, blatant disregard of the express provisions of the Act and its underlying objectives. This has lead to the violation of fundamental and statutory rights of rural population”, said the PIL argued by lawyer Prashant Bhushan.

Listing various irregularities, the PIL said it is evident from the scheme of the Act, adherence to the schedule for making wage payments and compensation in the event of delay/ non-payment of wages is crucial to attaining the objectives of the Act. However, records for the financial years 2012-13 to 2014-15 published on the MGNREGA Official Website reveal widespread delays in disbursement of more than 50% of the wages beyond the statutorily prescribed period of 15 days. The records show an alarming increasing trend in the delay in payment of wages, and together with the above evidences a flagrant violation of Section 3(3) of the Act, as well as of the statutory and fundamental rights of the beneficiaries under the Act.

The PIL said in case of delay in wage payments, the state governments have failed to discharge their obligation for payment of the statutorily mandated compensation for each day of delay in payment of wages in blatant violation of Paragraph 29 of Schedule II of the Act.

Roy said  another important mechanism under Section 17 of the Act is that of conducting independent, bi-annual social audits by Gram Sabhas with facilitation by Social Audit Units, in accordance with the Audit of Scheme Rules, 2011, in order to ensure proper implementation of the Act. However, the Gram Sabhas of most states, with the exception of Andhra Pradesh, have in blatant disregard of the Act and the Audit of Scheme Rules, 2011, failed to conduct social audits and identify/establish independent Social Audit Units to facilitate audits. The scheme of social audits, where implemented effectively, has been seen to assist in implementation of the Act. Disregard of the Audit of Scheme Rules, 2011 has resulted in non-registration of grievances and failure to check errant officers.

Fourthly, the rate of payment of wages for work done under the Act as fixed by the Government of India vide a notification dated 13.02.2014, in some states, falls substantially below the minimum wages fixed by the state governments under the Minimum Wages Act, it said.