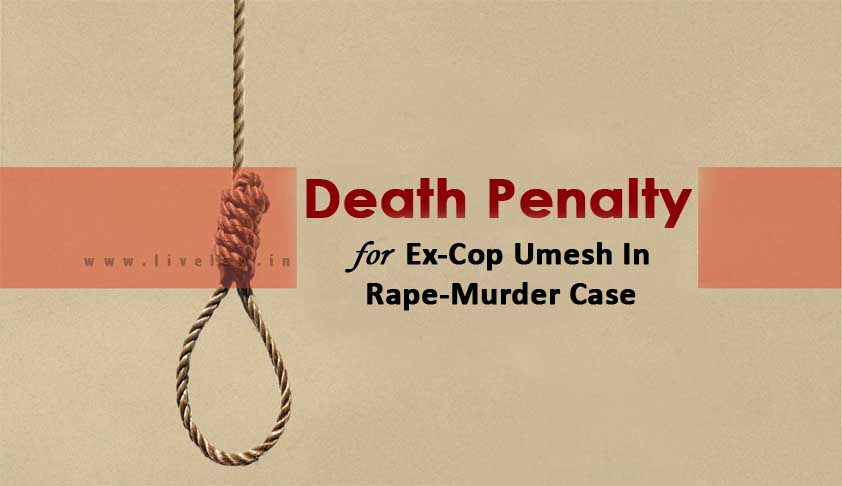 The petitioner is a menace and has become threat to the society, the Bench observed.

After a series of commutation of death sentences and acquittals in September, the month of October began with the Supreme Court Bench headed by Justice Ranjan Gogoi confirming the death penalty imposed on a rape-cum-murder convict Umesh, by dismissing his review petition against the dismissal of appeals by the apex court in 2011.

The apex court Bench comprising Justice Altamas Kabir and Justice A.K. Patnaik in 2011, had dismissed the appeal against confirmation of death penalty imposed on B.A. Umesh by the Karnataka High Court for the rape-cum-murder of a housewife.

The review petitions were heard in an open court by the Bench comprising Justice Ranjan Gogoi, Justice Prafulla C. Pant and Justice A.M. Khanwilkar, only on the point of sentence of death, and the petitioner, an ex-police official, pleaded for commutation of sentence to imprisonment for life.

In his review petition, it was contended that since no separate date for hearing on sentence was given in the present case by the trial court, as such for violation of Section 235(2) CrPC, the sentence of death cannot be affirmed. Negating the said contention, the Bench observed that, even though the convict has a right to be heard before sentence, there is no mandate in Section 235(2) CrPC to fix a separate date for hearing on sentence.

It was also contended that though the testimony of the child aged about seven years could be sufficient for holding the petitioner guilty of offence for conviction, but the death sentence should not be imposed on the basis of testimony of a 7-year-old child.  “If the statement of the witness, aged seven years, has been found natural, trustworthy and without any chance of being tutored, it cannot be taken lightly as mitigating circumstances, particularly, in the facts and circumstances of the present case,” the Bench observed.

‘Facts of present case are different’

A recent apex court decision in Tattu Lodhi @ Pancham Lodhi vs. State of Madhya Pradesh, wherein the death penalty of a person accused of committing rape of a seven year old, was also cited before the Bench by the counsel for the petitioner. In that regard, the Bench opined: “In that case, the court opined that the facts of the case did not make out a “rarest of rare” case to confirm the death sentence. On that basis, the court proceeded to award sentence of imprisonment for total actual period of 20 years. But the facts of present case are different.”

‘Petitioner is a menace and has become threat to the society’

Referring to history of seven convictions recorded against B.A. Umesh, the court said it shows that there is little hope of his rehabilitation and reformation.

Observing that he has become a menace and threat to the society, the court said: “The worst is that the petitioner has committed crimes not only before the incident, but also within two days, subsequent to the incident, i.e. another robbery in connection with which he was apprehended by the public and handed over to the police.”