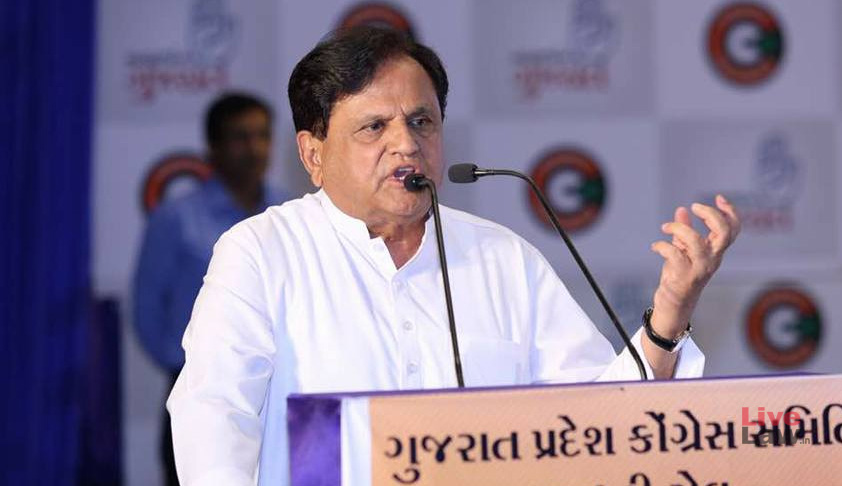 The Supreme Court, setting aside a Gujarat High Court order that dismissed Congress leader Ahmed Patel’s application seeking dismissal of an election petition filed against him, has relegated the matter to the High Court.

The bench of Chief Justice of India Dipak Misra, Justice AM Khanwilkar and Justice DY Chandrachud directed the high court to decide the question whether the copy of the election petition served on Patel was a “True Copy” within the meaning of Section 81(3) of the Act.

Balwant Singh Rajput had filed the election petition challenging the election of Patel to the Rajya Sabha on the ground that he had committed corrupt practices of “bribery” and “undue influence” within the meaning of subsections (1) and (2) of Section 123 of the Representation of the People Act, 1951 (for short “the Act”) and also on the ground that two valid votes were illegally and improperly rejected by the Returning Officer and at the same time, two invalid votes were accepted by the said officer, which materially affected the results of the election.

Ahmed Patel had filed three applications before the high court seeking dismissal of election petition at the threshold, for the following reasons:

As regards the first application, the bench upheld the high court view that dismissed the application and observed: “On a bare perusal of the said Rules, it is evident that the election petition is required to be placed for orders before the Court by the office only after removal of office objections as per Rule 285. If the office objections are pending and not cured within the prescribed period, the office is obliged to list the matter before the Court for appropriate orders under Rule 284. For that reason, the High Court opined that in the absence of any positive statement in the application filed by the election petitioner and as the record would show that the matter was placed by the office before the Court under Rule 285, it must follow that the grievance made in the application under consideration was based on mere conjectures and surmises and cannot be the basis to dismiss the election petition at the threshold, as prayed.”

With regard to third application, the bench said: “If that (second) application fails, the appellant can be permitted to reopen or revive the challenge to the issues raised in Election Application No.6 of 2017 for dismissal of the election petition under Order VII Rule 11(a) & (d) of the CPC, on the ground that the election petition does not disclose a cause of action or that it is barred by law.”