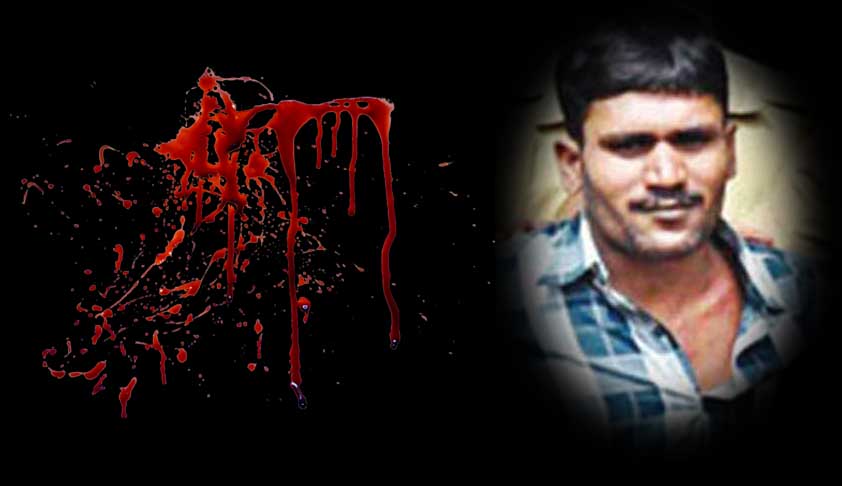 In an open court hearing on the review petition filed by State of Kerala and Sumathi, mother of Soumya, against the judgment acquitting Govindaswamy for the murder of Soumya, but convicting and sentencing him for her rape, the Supreme Court told the counsel that it did not pen down its order without asking the searching questions itself about the guilt of the accused.The bench,...

In an open court hearing on the review petition filed by State of Kerala and Sumathi, mother of Soumya, against the judgment acquitting Govindaswamy for the murder of Soumya, but convicting and sentencing him for her rape, the Supreme Court told the counsel that it did not pen down its order without asking the searching questions itself about the guilt of the accused.

The bench, comprising justices Ranjan Gogoi, Prafulla C. Pant and Uday Umesh Lalit, today told senior counsel, K.T.S.Tulsi and Huzefa A. Ahmadi, representing the review petitioners, that it would grant them more time reluctantly to study the record, only to correct themselves, even if there is a slight mistake on its part, in finding Govindaswamy not guilty of murder.

Justice Gogoi first found fault with both Tulsi and Ahmadi, for seeking the hearing today, when they were not fully prepared.  Justice Gogoi openly disagreed with Justice Lalit, when the latter said the bench was prepared to grant the counsel more time, if they wanted.  “I disagree with my brother on this, why didn’t you let us know in advance, if you wanted to argue some other day”, Justice Gogoi asked Tulsi.

Tulsi’s discomfiture was evident when he admitted that he got the case papers only this morning, and he found the time available inadequate to prepare and answer the bench’s queries.

The bench drew pointed attention of the counsel to Section 6 of the Evidence Act, with illustration, (a) as follows:

“6. Relevancy of facts forming part of same transaction.—Facts which, though not in issue, are so connected with a fact in issue as to form part of the same transaction, are relevant, whether they occurred at the same time and place or at different times and places.

(a) A is accused of the murder of B by beating him. Whatever was said or done by A or B or the by-standers at the beating, or so shortly before or after it as to form part of the transaction, is a relevant fact.”

The bench, pointed out that the testimonies of PW 4 and 40, therefore, could not be ignored as hearsay.  Both these witnesses, according to the prosecution, said Soumya jumped from the train and escaped. These witnesses were by-standers, and they made the statements shortly before or after the incident, the bench said. Therefore, their statements must be recognised as Res gestae, Justice Lalit said.

Hearsay evidence is not admissible in court of law. But, res gestae is exception to hearsay rule. The rationale behind this is the spontaneity and immediacy of such statement that there is hardly anytime for concoction. So, such statement must be contemporaneous with the acts which constitute the offence or at least immediately thereafter.

To this, Tulsi suggested that the medical opinion clearly held that Soumya’s pituitary gland was fractured by injury No.1, suffered by her in the train, and because of this injury, it was impossible for her to walk.  Therefore, he suggested, she could not have jumped from the train on her own.

The bench replied to this saying while the medical opinion was just an opinion, the bystander statement constituted evidence under Section 6 of IEA.

Tulsi argued that due to the first injury she suffered, Soumya was already in coma.  If she was conscious, then her face would not have borne the brunt of the injury while falling from the train, as she would have used her hands to protect her face from injury,  he submitted.

To this, the bench pointed out that the medical evidence clearly suggested that her injury No.1 was insufficient to cause her death on its own, and together with the injury No.2, it was likely to cause death.

Tulsi suggested that the bench’s conclusion that the accused did not have the intention or the knowledge, and therefore, not guilty of murder, was erroneous.  Injury No.1 was enough to make her insensitive and incapable of response.

Justice Gogoi said Section 6 of Evidence Act has been dealt elaborately in a recent case.

Tulsi told the bench that he assumed it is relevant.  “It may be”, he added.  Justice Lalit quipped: “It is prosecution evidence, Judges can’t ignore it”.

When Tulsi said it is not unusual for prosecution to score a self-goal, and it is one such, the bench disagreed.

Tulsi then pleaded that the bench must place greater reliance on scientific evidence of experts.  “One document is equivalent to 100 witnesses”, he said trying to persuade the bench to his point of view.

Tulsi said  he has to declare the PW, who stated that Soumya jumped from the train, as hostile.

“But for the mistake of the investigation, there can’t be unjust acquittal”, Tulsi told the bench.

“How can we come to the conclusion that she could never have walked”, asked Justice Lalit, and continued: “Bystander said she jumped.  Is the accused alone the author of injury No.2?”, Justice Lalit questioned Tulsi.

If injury No.1 is caused by the accused, she is incapable of jumping, Tulsi explained.   Justice Lalit, however, said, it is just a medical opinion.

Justice Gogoi intervened: “We have already sentenced him for life. You want us to impose death penalty.  We have to be 101 percent sure of his guilt; otherwise, our conscience will trouble us for the rest of our lives”.

Gogoi reminded Tulsi that the accused does not have left arm, and is not an able-bodied man.  “The moment you convince us we made a mistake, we will admit”, Justice Gogoi told Tulsi.

When the counsel told the bench that the  bystander, who was old,  was telling falsehood, by stating that she jumped and escaped, and therefore, this could be ignored, the bench expressed its difficulty because it was a prosecution evidence.

That the incident happened at night in darkness, and therefore, the bystanders’ version could not be relied upon, as they could not have witnessed the incident correctly, was another argument of the counsel, which the bench dismissed, as of no consequence in view of Section 6 of IEA, emphasising the evidence of bystanders.

The case will be heard again on October 17 at 2 pm.