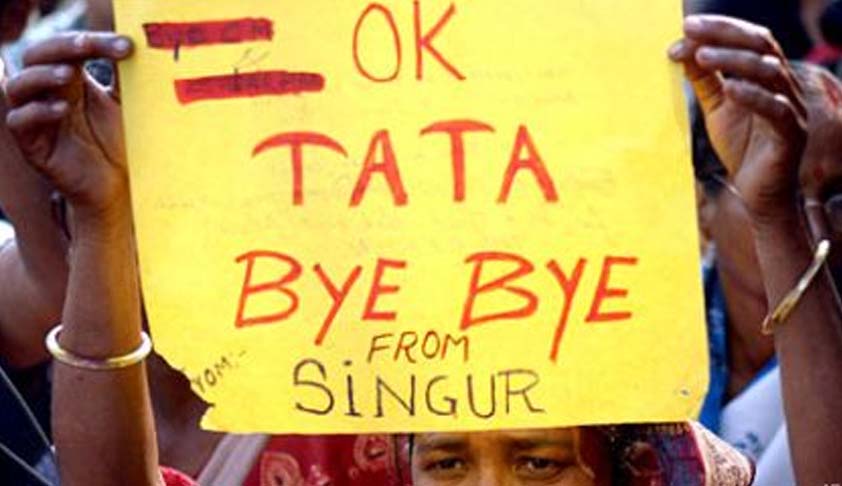 The Supreme Court today quashed the acquisition of 1000 acres of land in Singur by West Bengal’s Left Front government in 2006 for Tata’s Nano project concluding that it was “illegal” and proceeded ahead in “violation of law”.

Significantly the bench ruled that the farmers who got compensation from the government need not have to return it because “they were deprived of their livelihood for the last 10 years”.

Within two years of getting the land, that is in 2008, Tata had moved the operations to Gujarat following violent protests by Mamata Banerjee’s TMC. After coming to power she had reacquired the land “wrongly acquired from the farmers”.

“Land acquisition collector has not properly conducted the inquiry into the complaints of cultivators with regard to acquisition of plots”, the bench said and added that the “acquisition of land by the State for a company does not fall under the purview of public purpose”

The bench had clearly made its mind clear on May 5 when it reserved the order in the case questioning the manner in which the land was allotted to Tata Motors “without adhering to the section 4 and 5 of the Land Acquisition Act which mandate public notice for receiving objections.

The bench noted that the entire exercise was done by "bulldozing the law" as the then Cabinet suo motu cleared the allocation of the land identified by the automobile major which was the task of the government of the day.

The bench had said it was a farcical exercise through which the land was allocated and it was "legally malafide".

It said there were several grey areas which needed to be answered and the company has to first address those questions.

The state government was actively supporting the petitioner in the SC against the high court order which had struck down the Singur Land Rehabilitation and Development Act 2011 that allowed it to reclaim the 1000 acres of land given to Tata Motors.

SC had repeatedly told senior lawyers who had appeared for the company "You cannot argue that they (farmers) have accepted the award so they cannot challenge the acquisition. This case is under different footing and there are several issues which needs to be answered."