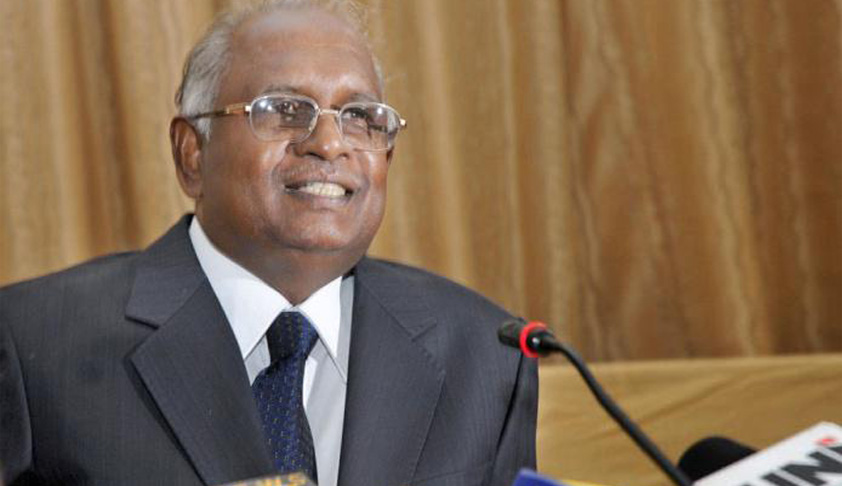 Allegations that his relatives held disproportionate assets came back to haunt former Chief Justice of India K G Balakrishnan today, four months after he retired as NHRC chief and a full five years after he superannuated as Chief Justice of India.Taking up the case after a gap of one and a half years, an apex court bench sought Attorney General Mukul Rohatgi’s assistance to hear a...

Taking up the case after a gap of one and a half years, an apex court bench sought Attorney General Mukul Rohatgi’s assistance to hear a petition field by NGO Common Cause headed by noted lawyer Prashant Bhushan seeking a CBI probe into alleged amassing of wealth by kith and kin of Balakrishnan during his tenure as Chief Justice of India  from January 2007 to May 2010.

However the bench of justices Dipak Misra and Prafulla Pant made it clear that any progress in the hearing would be made only after the court first considered the status of inquiry by Income Tax Dept.

Bhushan had made two primary prayers in the plea filed in 2014. First that he should be removed as NHRC chief pending investigation and second for a CBI probe into the irregularities. The first one has already becoming infructuous after  justice Balakrishnan retired from the NHRC post on May 11, 2015.

The government had for the first time filed an investigation status report on May 13, 2012 detailing large payments allegedly made to his two sons-in-law and brother when he was the CJI.

A bench of Chief Justice S H Kapadia and Justice Swatanter Kumar was informed by then attorney general G E Vahanvati that the income tax department's probe had also revealed that the properties acquired by the sons-in-law and brother at this time were declared but prima facie appeared to be held benami and grossly undervalued. The IT department had then handed over a probe report to the court in a sealed cover.

When the controversy about the disproportionate assets of his relatives first appeared in the media, Justice Balakrishnan had said that he had nothing to hide and if his relatives were in possession of unaccounted wealth, it was for them to answer the I-T department.

When the bench asked about the status of other investigations, Vahanvati had said, "The representations received in the PM's Office were forwarded to the ministry of home affairs, which in turn were sent to the CBI." However, the CBI appears to have not investigated the allegations because of the vagueness of the charges leveled in the representations.

The court fixed the PIL for further hearing on November 15.

During the brief hearing, Justice Misra, who made clear the bench would not go into the allegations of 'benami' transactions, said “the issue of alleged Income Tax violations could have been looked into. It is the duty of the Income Tax officer to find out the source of income. That action has not been taken”, he observed when Prashant Bhushan, appearing for the NGO, alleged that around 21 properties have been acquired in the names of son, daughter and brother of the former CJI.

“Moreover, the queries of the IT department on sources of income have not been sufficiently replied to”, he said while referring to the reports of the tax authorities.

At the outset, Bhushan said the prayer seeking removal of Justice Balakrishnan as Chairperson of the National Human Rights Commission (NHRC) has become infructuous as he has already demitted the office and blamed non-listing of his plea for hearing for a considerable time as the reason behind it.

“Sadly, the impression which is gaining ground is that the judiciary now ceases to be accountable and nothing can be done against it. This situation has very serious consequences”, he said.

“To restore the faith of people in the judicial system, CBI should be asked to register a preliminary enquiry into the charges of disproportionate assets under the Prevention of Corruption Act”, Bhushan said, adding that he has annexed copies of certain sale deeds pertaining to some properties.