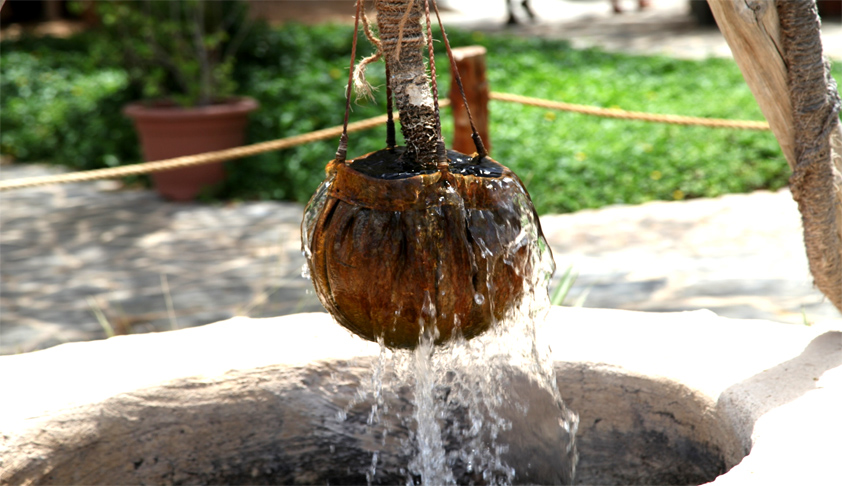 The Supreme Court of India has sought the response of the Union and Delhi governments in a SLP filed against a judgment passed by the Division Bench Delhi High Court summarily dismissing a public interest litigation seeking metering and pricing of groundwater in the without examination of the public interest issues raised in the petition.According to the petitioner, the writ petition filed by...

The Supreme Court of India has sought the response of the Union and Delhi governments in a SLP filed against a judgment passed by the Division Bench Delhi High Court summarily dismissing a public interest litigation seeking metering and pricing of groundwater in the without examination of the public interest issues raised in the petition.

According to the petitioner, the writ petition filed by him had brought to light “the complete inadequacy of the current system wherein the State has completely abdicated its responsibility of regulating the usage of this precious and valuable natural resource, in complete violation of the public interest doctrine, and thus negating the rights of the people of this country under Article 14 and 21 of the Constitution of India.”

The petitioner has asserted in his petition that groundwater forms part of the various natural resources that have been imparted to mankind by nature and the government authorities being the guardian to such natural resources bear a heavy responsibility to lead the country in sustainable and equitable use of such resources. The alarming depletion of groundwater is asking for urgent attention, where its highly inequitable use is causing its severe shortage, because of which millions of people have been deprived of its access.

The petitioner has relied on the the landmark judgment of the High Court of Kerala in the case of Perumatty Grama Panchayat vs State of Kerala (2004 (1) KLT 731), popularly known as the ‘Coca-Cola’ case, wherein it was held: “Ground water is a national wealth and it belongs to the entire society. It is a nectar, sustaining life on earth. Without water the earth would be a desert… Our legal system- based on English common law- includes the public trust doctrine as part of its jurisprudence. The State is the trustee of all natural resources which are by nature meant for public use and enjoyment… The State as a trustee is under a legal duty to protect the natural resources. These resources meant for public use cannot be converted into private ownership… In view of the above authoritative statement of the Hon’ble Supreme Court, it can be safely concluded that the underground water belongs to the public. The State and its instrumentalities should act as trustees of this great wealth. The State has got a duty to protect ground water against excessive exploitation and the inaction of the State in this regard will tantamount to infringement of the right to life of the people guaranteed under Art 21 of the Constitution of India… the Panchayat and the State are bound to protect ground water from excessive exploitation.”

The petitioner relying on the aforesaid decision has essentially contended that the individual’s right to use groundwater is limited by the need to contain environmental consequences, such as the lowering of the water table, the State has the obligation to see that groundwater use does not lead to environmental degradation. Without metering the use of groundwater and charging it, the authorities have no information about the huge wasteful manner it is being used, the petitioner has submitted. “Without metering and measuring the usage at individual installations/users, the State has no possibility of checking the misuse, scandalous wastage, and without charging for its usage above a certain limit, there is no disincentive for wasteful usage and no incentive for its optimal use.”

The petitioner claims to have repeatedly raised this concern with the authorities and requested them to stop the wastage by metering groundwater installations and by charging its excess use, but the authorities have neither taken any action nor have replied to the petitioner.

The petitioner stated in his petition that he has pointed out that people are wasting hundreds of litres of waters for an activity like brushing of teeth. This has happened because a) there is no regulation stopping wastage, and b) there is no disincentive for sub-optimal use. Thus the poor in this country are being made to pay for the wasteful use done by the rich who can afford these installations and manage permission from the authorities.

The petitioner states that he had in view of the gravity of the situation and the inaction of the governmental authorities filed the writ petition before the Hon’ble High Court of Delhi seeking a direction to the Respondents to price the groundwater resource in a manner that discourages its wasteful use, by mandating the installation of meters for every groundwater user/installation, including on construction sites, as is done in the case of water being supplied by the local authorities.

The petitioner submitted that the division bench of the Delhi High Court had dismissed his writ petition in a summary manner.

When the matter came up for admission before the Supreme Court, Mr. Prashant Bhushan appearing for the petitioner submitted that the matter is of enormous public importance since groundwater is wasted in huge quantities in the country and that depletion of groundwater has reached alarming proportions. The bench led by Justice T S Thakur observed that groundwater is a common resource and it ought to be regulated. Use by one affects the other.

The Apex court then issued notice and asked the respondents- Union of India & Delhi government to file their replies within 6 weeks.