SC Sets Deadline On Sale Of BS-IV Vehicles; Says Health Of Teeming Millions Will Have To Take Precedence Over Greed Of A Few Auto Makers [Read Judgment] 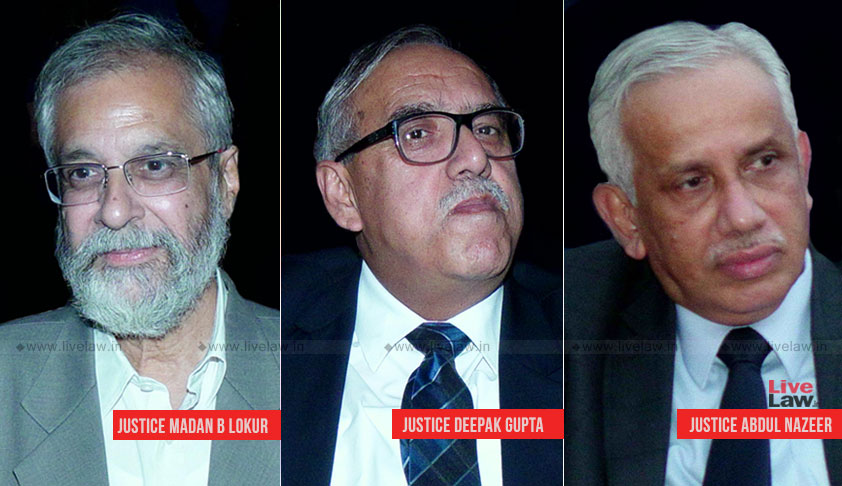 “Even a day’s delay in enforcing BS-VI norms is going to harm the health of the people.”

While holding that Bharat Stage IV-compliant vehicles should not be permitted to be sold in India after 31.03.2020, a three-judge bench of the Supreme Court has observed that health of the teeming millions of this country will have to take precedence over the greed of a few automobile manufacturers.

On 29th March 2017, the Supreme Court had ordered that vehicles which are not BS-IV compliant shall not be sold by any manufacturer or dealer or motor vehicle company.

Faced with a notification of central government calling upon manufacturers to switch over to BS-VI by April, 2020, the Society of Indian Automobile Manufacturers had requested the court that they should be given some time to sell the stocks of non-BSVI compliant vehicles manufactured upto 31.03.2020.

Objecting this plea, amicus curiae Advocate Aparajita Singh pleaded that no non-BSVI-compliant vehicle should be permitted to be sold in the entire country after 01.04.2020. Referring to the Report of the Parliamentary Standing Committee, she submitted that any leniency on the part of the government in tackling air pollution will have a cascading effect on the health of the citizens.

The bench of Justice Madan B. Lokur, Justice S. Abdul Nazeer and Justice Deepak Gupta observed that some of the manufacturers were not willing to comply with the 31.03.2020 deadline not because they do not have the technology, but because the use of technology will lead to increase in the cost of the vehicles which may lead to reduction in sales of the vehicles and ultimately their profit. “There can be no compromise with the health of the citizens and if one has to choose between health and wealth, keeping in view the expanded scope of Article 21 of the Constitution, health of the teeming millions of this country will have to take precedence over the greed of a few automobile manufacturers. The automobile manufacturers must behave responsibly. We expected that keeping in view our earlier order, they would have themselves volunteered to be BS-VI compliant by 31.03.2020. Unfortunately, this has not been the case with some of the manufacturers and they want to stretch on the timeline by a few days or months for no other reason but to make a little more money,” the court said.

Health will have to be given precedence over wealth

The court also said that once BSVI emission norms are enforced; there will be a 68% improvement in PM2.5. Reiterating that Right to life includes the right to a decent and a clean environment, the bench observed: “If there is a conflict between health and wealth, obviously, health will have to be given precedence. When we are concerned with the health of not one citizen but the entire citizenry including the future citizens of the country, the larger public interest has to outweigh the much smaller pecuniary interest of the industry, in this case the automobile industry, especially when the entire wherewithal to introduce the cleaner technology exists.”

The bench also observed that it has to be ensured that BS-VI compliance is uniform throughout the country so that even those areas of the country which fortunately have not suffered the ills of extreme pollution are safe in the future. It said: “The sale of automobiles and other vehicles is rising exponentially and the number of vehicles on the road is increasing day by day. Therefore, even a day’s delay in enforcing BS-VI norms is going to harm the health of the people. We are dealing here with a situation where children and unborn children suffer from pollution and issues of intergenerational equity are involved.”

No step is too small when it comes to fighting pollution

Rejecting the contention of manufacturers that there are multiple sources of pollution and vehicles only contribute to 2% of the pollution, the bench said: “No step is too small when it comes to fighting pollution. Small steps to reduce pollution when taken together will lead to large-scale reduction in pollution which will result in much cleaner air, which eventually will result in a cleaner and better environment, healthier citizens and most importantly a healthier generation to come.”

The court also noted that Europe introduced Euro-IV fuel in the year 2009 and Euro-VI standards in 2015. Justice Deepak Gupta remarked: “We are already many years behind them. We cannot afford to fall back further even by a single day. The need of the hour is to move to a cleaner fuel as early as possible.”

“There is more than sufficient time for the manufacturers to manufacture BS-VI compliant vehicles. They already have the technology to do so. The automobile industry must show the will, responsibility and urgency in this regard,” the court added.