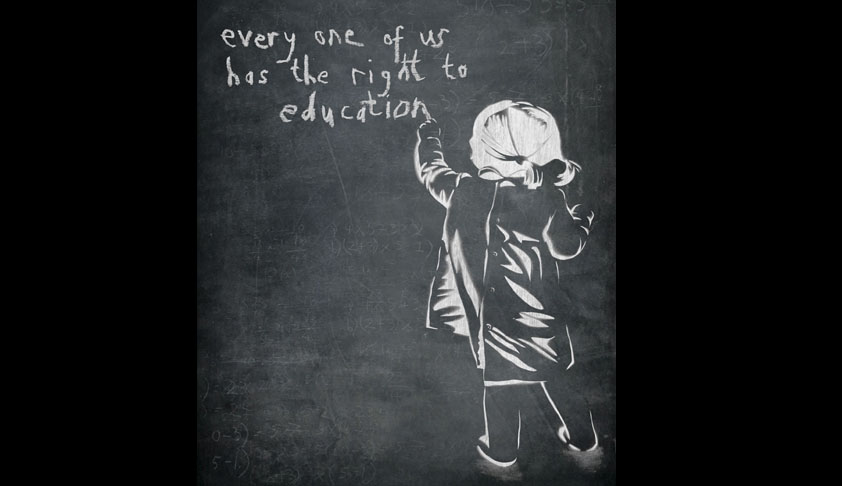 The Court while upholding the constitutional validity of RTE Act, excluded the minority Institutions from the purview of it.

The judgment was delivered in a batch petitions filed by private unaided schools. These institutions challenged the Constitutional validity of Article 15((5) of the Constitution and the Right of Children to Free and Compulsory Education Act, 2009.

Earlier, a three-judge Bench, in 2012 had upheld the constitutional validity of RTE Act  by a majority of 2:1.  The present constitution bench had to be constituted on the basis of the argument that the said question had already been referred to a five judge Bench and three judge bench had not taken that aspect into consideration while delivering its judgment.  Justice K.S. Radhakrishnan, who delivered a minority dissenting judgment had said that quota in unaided schools could be given effect to “only on the principles of voluntariness, autonomy and consensus and not on compulsion or threat of non-recognition or non-affiliation.”

The fundamental basis of the argument of the petitioners were based on 11 judge bench in TMA Pai case (T.M.A Pai Foundation Vs. State of Karnataka (2003)6 SCC 697) and supremacy of Article 19(1)(g).

The judgment of the three-judge bench has been now overruled to the extent of its application to minority unaided education institutions. Justice Patnaik, delivering the judgment said that such minority institutions couldn’t be compelled to fulfill the mandate of the 93rd amendment, partially overruling Judgment delivered by Justice Kapadia.   .

The Bench  while upholding the constitutionality of Article 15 (5), observed that the same is to  ensure the march and progress of the weaker sections, resulting in progress to socialistic democratic State, thereby  establishing the egalitarian ethos/egalitarian equality, which is the Wmandate of the Constitution.

The Bench found that Right to Education Act enacted pursuant to Article 21 A of the Constitution to provide for admission of children in unaided private educational institutions  does not in any manner change or destroy the identity or abrogate the fundamental right of  unaided non minorities under Article 19(1)(g). It upheld the concurrence of the amendment with the basic structure of the Constitution.

The 93rd amendment inserted clause 5 in Article 15 and facilitated the formulation of special provisions by the State, for members of the SCs, STs and socially and educationally backward classes, for admission to all educational institutions,  including private unaided institutions, but except minority institutions.

RTE Act imposed a condition  that privately managed unaided educational institutions to admit at least 25% students from weaker sections and provide them with free education.

The judgment has in effect has reduced the rigor of TMA Pai case (T.M.A Pai Foundation Vs. State of Karnataka (2003)6 SCC 697) as to the supremacy of 19(1)(g) as interpreted in 11 bench judgment.  TMA Pai  which was widely criticized for its stand for advocating the rights of Unaided Private Educational Institutions keeping away the Govt from implementing social welfare legislations in the field of education.