SC Upholds Ban On Mate Mahadevi’s Book, Even While It Agreed She Has A Right To Interpret Her Religion 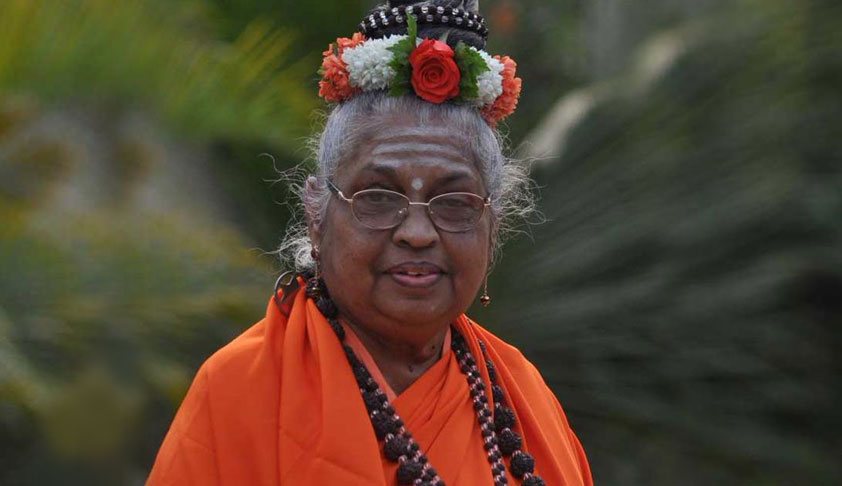 While balancing the right to express one’s views in religious matters, and the State’s so-called duty to restrict them, in order to prevent violent protests against it, the Supreme Court tilted in favour of the latter.   The Court was hearing the Kannada author and mystic scholar,  Mate Mahadevi’s appeal against the Karnataka High Court’s judgment, delivered in 2003, upholding...

While balancing the right to express one’s views in religious matters, and the State’s so-called duty to restrict them, in order to prevent violent protests against it, the Supreme Court tilted in favour of the latter.   The Court was hearing the Kannada author and mystic scholar,  Mate Mahadevi’s appeal against the Karnataka High Court’s judgment, delivered in 2003, upholding the state Government’s 1998 ban on her edited book, 'Basava Vachana Deepthi'.

In her book, she merely claims to have received a divine ordinance in her dream to change the ‘Mudrika’  (pen name) in the Vachanas (a form of rhythmic writing in Kannada) of the 12 century social reformer and saint, Basavanna.  Thus instead of ‘Kudalasangama Deva”, used by Basavanna, she used “Linga Deva” as the pen name, in the original Vachanas of Lord Basavanna.  The Karnataka Government banned the circulation and sale of her work in 1998 through a notification, using Section 95 of the Cr.P.C., on the ground that it is likely to outrage the religious feelings of Lord Basavanna’s followers.

During the hearing on Tuesday and Wednesday, the bench of Justices S.A.Bobde and L.Nageswara Rao, had almost disagreed with Senior Advocate Basava Prabhu Patil, appeared for State and the counsel for All India Veerashaiva Mahasabha, which supported the ban, Senior Advocate R.Basant, that Mate Mahadevi’s work outraged the religious sentiments, as required under Section 295A of IPC.

Indeed, the bench was doubtful whether there was any objective material to the Government’s subjective satisfaction that in the absence of the ban on her work, the religious sentiments of the followers of Lord Basavanna would be or had been outraged, leading to breakdown of public order.

Yet, the Court appears to have concluded – in the absence of a reasoned order,  one can only infer from the oral arguments before the bench – that the state’s subjective opinion on whether a book could trigger an expression of public anger in the streets through violent manifestations,  could not be challenged on the ground that there was absence of objective material before it.

In Offend, Shock, Or Disturb, scholar and lawyer, Gautam Bhatia argues that as per the Supreme Court’s decision in Harnam Das v State of Uttar Pradesh (1961), there must be a full-blooded enquiry into whether the offending tract actually violates Section 153A, 295A, or the other provisions mentioned in Section 95 CrPC, because fundamental rights are at stake.

Although Justice Bobde asked the counsel to dwell on the case law on the subject, the bench appears to have rapidly made up its mind not to interfere with the High Court’s decision,  because of Basant’s argument that  Section 95 provided the High Court remedy to the aggrieved person, because it knew the local factors better.

As the bench decided to dismiss her Special Leave Petition, her counsel, Naveen R.Nath sought to compare her to the controversial Somali author, Ayaan Hirsi Ali, a feminist critic of Islam, who faces similar criticism for her writings, which attempt to interpret Islam.   But the belated comparison failed to persuade the bench an inch.

Nath’s other argument that the Supreme Court would be well within its jurisdiction to review the High Court’s judgment also failed to persuade the bench, which sought an answer why it should disturb the High  Court’s findings, when the CrPC found the Special Bench constituted by it better equipped to determine the validity of Section 95 notification.