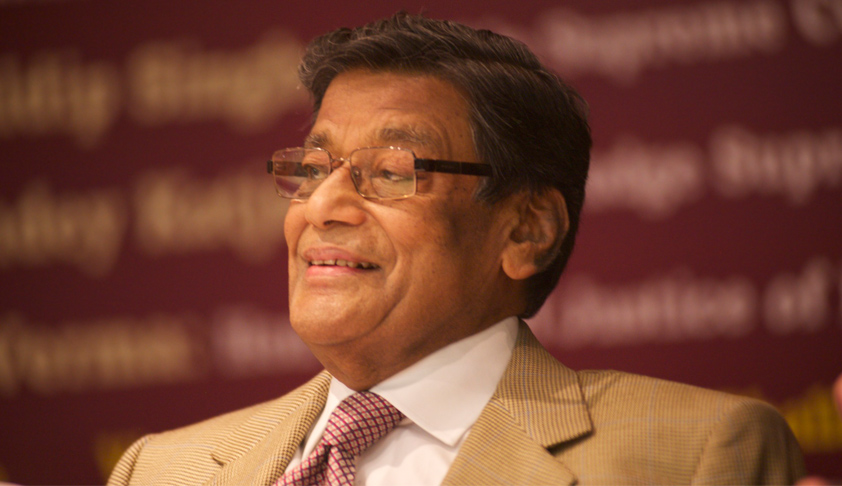 “What has happened to the noble profession and the lawyers? Fall in standards is visible. It is time we introspect, raise the standard, look what is happening around us..Some advocates are agitating, some are stoning, some are firing and very few are arguing”, Chief Justice T S ThakurContinuing to express serious concern over the falling standard of lawyers, a Chief Justice T S...

“What has happened to the noble profession and the lawyers? Fall in standards is visible. It is time we introspect, raise the standard, look what is happening around us..Some advocates are agitating, some are stoning, some are firing and very few are arguing”, Chief Justice T S Thakur

Continuing to express serious concern over the falling standard of lawyers, a Chief Justice T S Thakur-led bench of the Supreme Court said it will refer the petition challenging the All India Bar Examination (AIBE) to a constitution bench and appointed senior lawyer K K Venugopal as amicus curiae to assist in the contentious matter.

The court also hinted that it may also seek the assistance of eminent jurist and senior lawyer Fali S Nariman in the matter.

The bench directed Venugopal and Bar Council of India Chairman Manan Kumar Mishra who was present in the court to come up with “various suggestions on how to improve the system, formulate issues and propositions to be examined” and submit a response within four days

The apex court has already said it was not averse to any exam to test the capability of law graduates in the “interest of betterment of the profession” but only wanted to verify if the AIBE was within the “parameters of law” and if it should be held before enrollment or after enrollment .

As the hearing began, Justice Thakur told the BCI Chairman: “at what stage this training and exam can be held we want to know. This has to be sorted out. We want to examine it more authentically. If any amendment is required we will order that it is required ”

“What has happened to the noble profession and the lawyers? Fall in standards is visible. It is time we introspect, raise the standard, look what is happening around us..Some advocates are agitating, some are stoning, some are firing and very few are arguing” the CJI said in an apparent reference to the violence indulged in by lawyers recently at the Patiala House Courts on two days when JNU sedition case accused Kanhaiya Kumar was being produced.

On Wednesday, the last date of hearing as advocate Ardhendumauli Kumar Prasad who appeared for the BCI stoutly defended the exams, the CJI said “of course practicing is a fundamental right and we cannot do anything which completely negate the right. But see we are not averse to the exam. Only looking into if AIBE is within the parameters of law. We are considering how to strengthen the system. Let only the most suitable enter the profession. These days we can see somebody wearing a black coat and doing other businesses”

“Such exams have a salutary effect on ensuring only the bright enter the profession. We now have lawyers coming straight to Supreme Court. They don’t know what burden of proof is or how to conduct themselves in court. Many of them do not even know the basics. We already have two million lawyers. 60,000 new one enter the profession every year. Out of that around 2000 are from National Law Universities. What about the remaining 58,000? Any further addition should be based on merit and talent. Just because you have a law degree should not mean you have become a lawyer”, said CJI Thakur.

“Look at other professions… only those who score high in their science subjects and entrance exams become doctors or engineers. Its not like that in legal profession. Every law graduate becomes a lawyer. Law graduates need not get such a free ride. We don’t want half-baked lawyers. We have to make sure that even the most junior of the Advocates is good enough to ensure that justice is done. Lawyers have an important role in the society. Do not belittle it. They are playing an important role in helping administration of justice” The system is crying for reform and the time has come”, said the CJI

The bench had on Tuesday asked BCI whether it had statutory backing to conduct AIBE. The CJI said a committee appointed by the SC had recommended amendments to the Advocates Act before conducting such an examination. But you (BCI) went ahead with the AIBE merely on the basis of a resolution

"You can make rules to stop malpractices by advocates. But to make clearing of an examination mandatory for a law graduate to be able to practise is like negating a lawyer's right to appear in court?" the bench asked. The bench clarified that it was not against holding the examination per se. "But without an amendment to the Act, can you hold the examination?" it asked.

The Law Commission of India, in its 184th report to the government in 2002, had recommended amendment of the UGC Act for setting up a 'Legal Education Committee' and amendment of the Advocates Act to set up a similar committee by the BCI.

The commission had recommended that "a law graduate shall get training from advocates having 10 years experience in courts and should also qualify bar exam before being allowed to practice".

However, the BCI, under the chairmanship of then solicitor general Gopal Subramaniam, passed a resolution to conduct AIBE and went ahead with it from 2010.