The Science Underlying Use Of DNA Evidence To Solve Crime 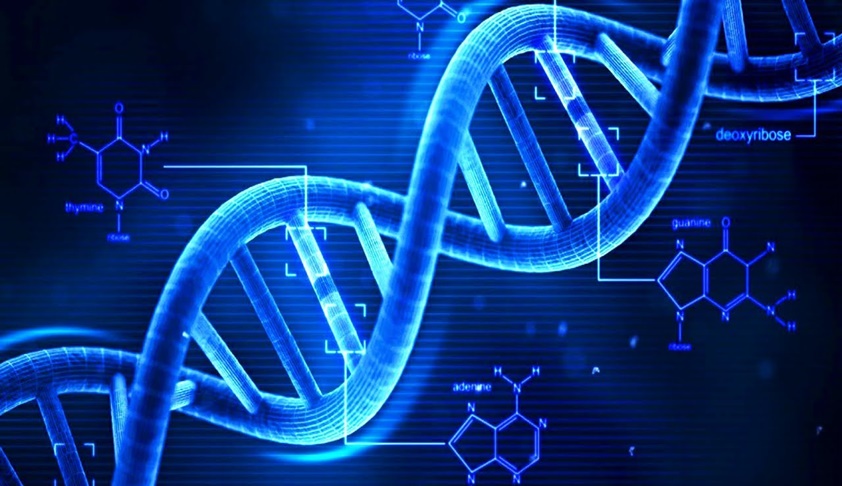 Every human began life as a single cell that was formed when a sperm cell from her/his father fused with the mother's egg cell. Both sperm and egg cells contain only a single copy of each of the 23 human chromosomes, and their fusion creates the "fertilized egg" (also called a zygote) with 46 chromosomes (a set of 23 chromosomes from the sperm + another set of 23 from the egg)....

Every human began life as a single cell that was formed when a sperm cell from her/his father fused with the mother's egg cell.  Both sperm and egg cells contain only a single copy of each of the 23 human chromosomes, and their fusion creates the "fertilized egg" (also called a zygote) with 46 chromosomes (a set of 23 chromosomes from the sperm + another set of 23 from the egg).  Then, a series of cell divisions called mitoses forms the trillions of cells of the adult body, each with essentially the same chromosomes as the fertilized egg, because each mitotic division faithfully replicates and partitions the 46 chromosomes into the two daughter cells. The series 1, 2, 4, 8, 16, 32, 64, 128, ... is called an exponential series.  After 10 doublings it produces 1024 cells, after 20 doublings more than a million (1024 x 1024), and after 40, more than a trillion (1024 x 1024 x 1024 x 1024).  Each chromosome has a backbone of a DNA double helix molecule whose two strands are "complementary" and "anti-parallel". This means that if one strand of the double helix has the chemical base "A", then the other strand has to have the base "T", whereas the base "C" can pair only with the base "G, and if one strand has the 5'-3' sequence CTTAGTCA, the other has the 3'-5' sequence GAATCAGT.  When chromosomes replicate, the two strands come apart (melt), and new complementary strands are enzymatically laid down as dictated by the A:T/G:C pair rule, thus ensuring that the millions of base pairs of the two daughter chromosomes have the same DNA sequence, unless there is a replication error (mutation). In general mutations are rare (frequency < 10-9 bases per generation). The DNA sequence of, say, a maternally-derived chromosome 16 from an individual's bone cells is thus identical to that of the maternally-derived chromosome 16 from the individual's blood cells, or spit cells, or semen cells, throughout life, and also in post-mortem remains. Likewise, the paternally-derived chromosomes 16 would have identical DNA sequences in the different tissues (bones, blood, spit, semen), although the paternally- and maternally-derived chromosomes 16 can differ by the mutations and polymorphisms accumulated in the paternal and maternal lineages. The same applies to the other chromosome pairs. DNA is also very stable, and it has been extracted and sequenced from over 65,000-year-old human remains that were preserved by desiccation or cold.  The chromosome number is halved (to 23) during formation of the sperm and egg cells by the specialized meiotic cell division process in preparation for the next generation, and different sperm and eggs cells can contain different combinations of the paternal and maternal chromosomes. This is somewhat akin to "shuffling and cutting" playing cards. DNA replication, chromosome formation, mitosis and meiosis are fundamentally conserved processes shared by animals, plants, and protists and reflect the underlying unity in life uncovered by basic research in biology.

Each chromosome has some regions that are evolutionarily conserved, wherein long stretches of the paternal and maternal versions (alleles) share virtually the same sequence. Indeed some conserved regions are identical even between humans and fishes, or further back between humans and plants. Other regions, especially the "short tandem repeat" (STR) loci, show considerable sequence differences (polymorphisms).  STRs are typically repeats of 3-5 base pairs (eg. one strand might have the sequence 5'GATCGATCGATCGATC …3', and the other then has 3'CTAGCTAGCTAGCTAG …5') and the paternal and maternal alleles might differ in repeat number (eg (GATC)20 versus (GATC)21). In other words, the STRs are polymorphic, and typically each allele might be shared by 2-20% of the population. Differences in repeat numbers at the STR loci apparently do not affect the individual's phenotype, and extensive variation in the number of repeat units can result from replication slippage. It is surmised that unrelated individuals would almost certainly have different numbers of repeat units in at least some of the STR loci.

DNA profiles: generation and use

A laboratory procedure called PCR uses DNA replication enzymes to enable us to exponentially amplify any reasonably long stretch of chromosomal DNA (say, upto 5000 base pairs) from even miniscule amounts of DNA. PCR, anchored by primers complementary to the single copy sequences flanking specific STR segments (loci), enables us to amplify the STR locus and determine the size of the amplified DNA fragments via capillary electrophoresis. Multiple STR loci (typically 17) can simultaneously be sized in the same experiment in a multiplex reaction, and the allele size determinations made for different loci is compiled in a simple table whose entries are specific for an individual (i.e., his/her DNA profile). By increasing the number of STR loci analysed one can increase the discrimination of the test. Only monozygotic twins share the same DNA profile. Different tissues (teeth, bones, blood (a drop is enough), spit, semen (detected on cloth using specific staining procedures), skin cells sloughed off with sweat) yield the same DNA profile, if they are from the same individual.

DNA profiles are used routinely to establish parent/child relationships. They have also been used to analyse the DNA in semen stains and vaginal swabs in sexual assault cases, in analysing DNA in bones or teeth recovered from bodies from disaster sites to aid in identification of victims, and in sweat or spit from cloth or soil retrieved from crime scenes.

Durgadas P Kasbekar is an INSA senior scientist at the Centre for DNA Fingerprinting and Diagnostics, Hyderabad 500001. He could be contacted at [email protected]

[The opinions expressed in this article are the personal opinions of the author. The facts and opinions appearing in the article do not reflect the views of LiveLaw and LiveLaw does not assume any responsibility or liability for the same]
Tagschromosomes Crime DNA Evidence DNA profiles
Next Story
Similar Posts
+ View more
Law Firms
+ More