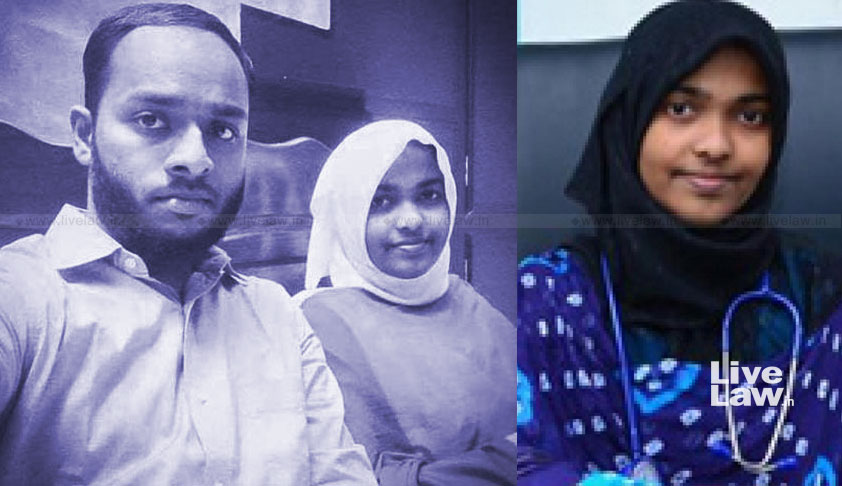 The Supreme Court’s order on Wednesday in the hearing of the appeal filed by Shefan Jahan against the Kerala High Court’s order annulling his marriage with Hadiya, (who was known as Akhila, before her conversion) who converted from Hinduism to Islam, is amenable to a curious interpretation.The SC bench of the Chief Justice J.S.Khehar and D.Y.Chandrachud, directed the National...

The Supreme Court’s order on Wednesday in the hearing of the appeal filed by Shefan Jahan against the Kerala High Court’s order annulling his marriage with Hadiya, (who was known as Akhila, before her conversion) who converted from Hinduism to Islam, is amenable to a curious interpretation.

The SC bench of the Chief Justice J.S.Khehar and D.Y.Chandrachud, directed the National Investigation Agency (NIA) to investigate the case, under the guidance of Justice R.V.Raveendran, retired Judge of the Court.   The proposal to seek the services of Justice Raveendran arose when senior counsel, Kapil Sibal, representing Jahan, expressed doubts about the fairness of investigation, if it is entrusted to the NIA.   There was agreement on Justice Raveendran, when the bench’s initial proposal of Justice K.S.Radhakrishnan, also a former Supreme Court Judge was mooted by the bench, because he knew Malayalam, and the documents of the case are in Malayalam.   The bench also mooted the name of Justice K.T. Thomas, another former Judge of the Supreme Court from Kerala.

But Jahan’s request that the supervising Judge be from outside Kerala, so that he is free from local pulls and pressures, appeared to have convinced the bench and the counsel that Justice Raveendran may be a better choice.

But the fact that the bench and the counsel felt that NIA would not conduct a fair probe without the supervision of a neutral Judge of Justice Raveendran’s stature is itself an expression of no-confidence in it.

According to the order, the Central Government has to pay Justice Raveendran a consolidated fee of Rs.1 lakh for a sitting with NIA at Bangalore, and Rs.2 lakh per day for travelling  outside Bangalore, apart from reimbursement of all travelling, boarding, lodging and secretarial expenses, while discharging the responsibility entrusted to him.  The Government has to reimburse the same to him, within two weeks from the date of submission of the bills by him.

If the huge entitlements in favour of the former Judge, may be construed as disproportionate by some,  further embarrassment to the fairness of the probe was in store in the order.  The bench made it clear to the parties, that before hearing the matter finally on merits, it would require the presence of Akhila (the court did not use her assumed name, Hadiya, indicating that it did not approve of her conversion), and would speak to her in camera before taking a final decision.

The bench then posted the matter for further consideration after the final investigation report is placed on the record of this case.

That the bench would meet Hadiya, before taking a final decision, would suggest that the investigation report is not binding on the bench, if Hadiya is likely to contradict it during her interaction with the  bench.   That would be unfortunate because the bench has directed the NIA to conduct the probe under the supervision of a well-respected former Supreme Court judge.   If the bench is not likely to believe Hadiya, then there is no point in meeting her at the last stage; if she prevails on the bench, then it would be construed as a reflection on the so-called fair investigation, to be conducted by the NIA, under the supervision of the former Judge.  Either way, the result would not add to the prestige of the Court.

Pleas by Kapil Sibal, and Indira Jaising, both counsel for Jahan that Hadiya is not a child, and she is now under custody (at her parental home), and therefore, the bench should immediately talk to her to ascertain facts for itself, did not convince the bench.   Sibal repeatedly told the bench that it was prejudging, and assuming that Akhila was forcibly converted – a claim, which the bench denied.

The CJI’s reference to the blue whale game, and how it has been influencing young minds showed that the bench believed that she could have been similarly influenced irrationally by her mentors.

The bench did not consider the merits of Jahan’s plea that Hadiya is in custody, and therefore, cannot defend herself during the investigation.   When the bench pointed to the conclusion of the two Judges of the Kerala High Court, annulling her marriage with Jahan, Sibal told the bench two other judges of the High Court said the opposite earlier.  “Why give credence to one, and not the other?”, he asked the bench, which had no answer to it.  Because of differences in bench, two Judges can come to different conclusions, Sibal reasoned.

Chief Justice Khehar’s observation that the bench wants all the inputs before talking to Akhila, and that is why it has directed an independent investigation into the episode, could mean that the bench was subjecting itself to various biases and prejudices, rather than talk to her with an open mind, to ascertain her free will.