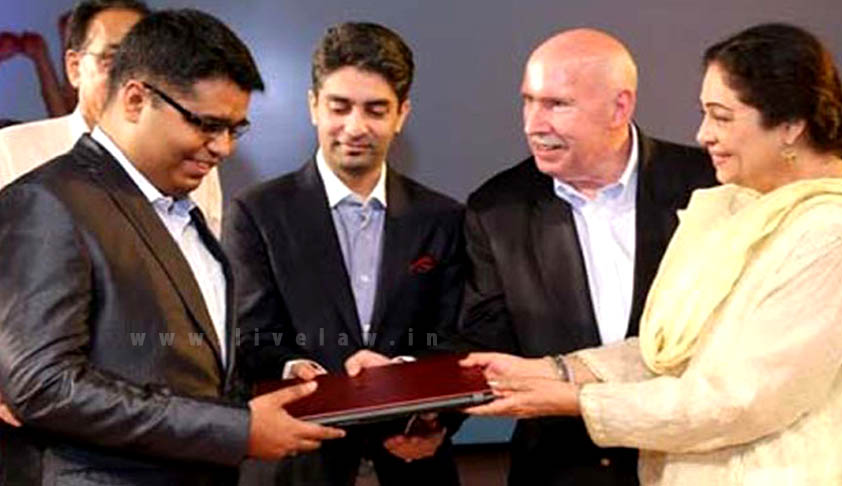 “Aerodynamically the bumblebee shouldn't be able to fly, but the bumblebee doesn't know that so it goes on flying anyway.” -- Mary Kay Ash

Realistically, a visually impaired person, suffering from the incurable disease called Retinitis Pigmentosa, would be expected to not be able to skim through documents at an ordinary person’s speed. But Mr. Rahul Gunwant Kelapure, who is presently a Grade-B Legal Officer in the Securities and Exchange Board of India, can read four times faster than any visually-enabled person.

Mr. Kelapure won the Amway Opportunity Foundation’s Young Achievers Award last year for his exemplary achievement at a skill that no one would expect a visually impaired man to possess. He is adept at reading, having a capability to read and understand at a speed four times faster than any visually-enabled person.

After passing 12th standard with flying colors, Mr. Kelapure carefully weighed his options and chose the field of law. At that time, all he thought about was choosing a stream where he would be at par with a visually able person and prove his mettle. He unabashedly accepts that at that time he hadn’t thought about future difficulties that might come his way.

Mr. Kelapure graduated in law from Government Law College, Mumbai and carved his way up through the ladder. He talks about his struggle to find a job after college in an unruffled fashion, not as something to repent upon, but as an experience to feel motivated from. He got a job almost 6 months after completing his graduation and while pursuing his LLM in Intellectual Property Rights from Mumbai University.

He was employed as a Trainee Associate in Pardiwala and Co. where he worked for some time. He then moved to Delhi where he worked with Ashok Sikka and Associates, which is a Taxation Firm. He then worked for a Media and PR Company, Genesis Burson- Marsteller in their compliance team, in Gurgaon. He went on to look after the Western and Southern region for the Company. He then joined SEBI as a Grade-A Legal Officer in 2011 and was promoted to Grade-B Legal Officer this year.

When asked about this talent of speed reading, Mr. Kelapure placidly explains his desire to read as fast as the others in the Companies where he has worked. He recollects joking to his friends, saying that if he had a device which could read faster for him, he would read 1000 pages a day, a claim which easily pointed towards going against the forces of nature.

He recalls his boss remarking once that it was taking too much time for him to read and that if this would be his speed, they would have to keep the office open till 2 at night. What was an innocent comment became this man’s inspiration to grow.

Tommy Lasorda had rightly put it when he said, “The difference between impossible and possible lies a man’s determination”. Mr. Kelapure’s determination was the guiding factor in him being able to achieve this feat.

He gradually increased the speed of his screen reader software called Job Access with Speech (JAWS) and noticed the improvement in his reading speed. He decided that he would increase the speed every week by a few notches. The default speed of JAWS is 15 implying 115 words per minute while Mr Kelapure has now achieved a speed of 62, which comes to 470 words per minute. If compared to a normal A4 page reading, it would be an average 70 pages per hour.

When asked about the work environment in his offices, he does not hide the gladness in his voice when he says, “Where I have work, the people have been excellent. The environment has been very supportive and it still is. But what I really appreciate is that nobody has ever protected me so much that it would hamper my growth. They have protected me to the extent required. They have been accommodating, but not constricting, always encouraging, always challenging.”

He calls his parents, his wife, his sisters and all his relatives, his “pillars of success”, thanking them for never making him feel different. He now dons several roles: a husband, successful law practitioner and a social worker. He is working towards converting books to readable Marathi for those who are visually impaired and are not good at English as well.

With his laudable spirit and hard work, he never ceases to inspire. At a special screening of the movie Bhaag Milkha Bhaag for the visually challenged students of the National Association for Blind- Department of Rehabilitation, Mr. Kelapure addressed the gathering as the guest speaker, saying, "This world is full of opportunities, whether for the abled or the challenged. It is sheer hard work, ability to face challenge and positive attitude that makes one successful. I would appeal all the visually challenged to have a vision to achieve their aim in life."  His lines left everyone with a zeal to succeed.

He is happily married to Sonali Kelapure and is currently pursuing his MBA along with his job. He now wants the field of law to be a little more accommodating for people like him, who just need an opportunity to prove their mettle. He recalls his own struggle to get his first job but with advent of technology, their capabilities should not be viewed with a hint of doubt. His favorite singer Kumar Sanu’s song sums up his desire to inspire when it says: