A Section of Media planting Stories on the inadequacies of Judges with no one to speak on the Judges' behalf: Calcutta HC [Read Judgment] 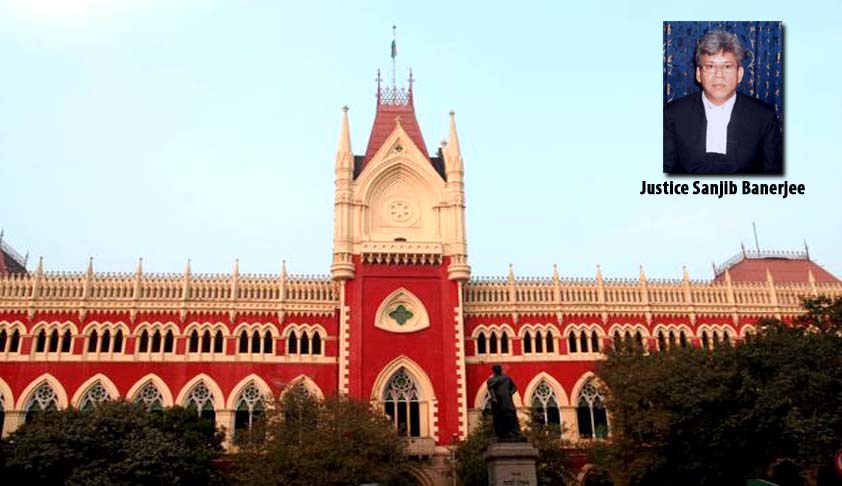 There may be inadequacies in the personnel and in the system; but that is only a half-truth that is fanned by the relentless onslaught against the judiciary to emasculate it and, thereby, replace the rule of law by the law of the rule, said Justice Sanjib Banerjee.

Calcutta High Court has criticized section of media alleging inadequacy on the part of judges for delay in Criminal Trial. The Court said “In the ideal, utopian State, criminal trials should be concluded without undue delay. But this is not the place to discuss why criminal trials take so long or complain of the lack of infrastructure or resources at the command of the judiciary or even refer to the planted stories in a section of the media of the inadequacies of judges with no one to speak on the judges’ behalf. Yes, there may be inadequacies in the personnel and in the system; but that is only a half-truth that is fanned by the relentless onslaught against the judiciary to emasculate it and, thereby, replace the rule of law by the law of the rule. That criminal matters are not disposed of in a hurry in this country is a matter of public knowledge and has been judicially recognised for decades. Notwithstanding the present fashion of even questioning the obvious and irrefutable by taking advantage of the rules of evidence, the judicial system cannot be mocked by suggesting the absurd.”

The Calcutta High Court has held that disciplinary proceedings against an employee cannot be kept indefinitely at bay, only because there is an impending criminal trial on the same set of allegations.

Justice Sanjib Banerjee also observed that the delay in criminal process cannot be made the basis for destroying discipline at the public workplace and a public employer cannot be faulted for instituting a criminal action against an employee perceived to have committed a criminal offence.

The Court observed “a public employer cannot be faulted for instituting a criminal action against an employee perceived to have committed a criminal offence and, thereby, forfeit the right of pursuing any disciplinary proceedings against such employee. Indeed, it may be obligatory on the part of a public employer to bring an offender to justice…... But the delay in such process cannot be made the basis for destroying discipline at the public workplace by applying the guarded rule in Paul Anthony to every departmental action.”

The Court added “While a civilised process demands a charge to be proved upon the person charged being afforded an opportunity to defend himself, it cannot be said that merely because a criminal complaint has been filed in respect of the same set of transactions that form the subject-matter of an earlier or later disciplinary action, the disciplinary action will be stultified till the criminal case, or the trial therein, is concluded. Judicial notice must be taken of cases under the Prevention of Corruption Act, 1988 that stretch beyond the service-life of the accused or even their lifetimes. It may not be reasonable to accept that a public employer has to suffer a perceived corrupt employee till the charge of corruption is proved in the criminal case. The same principle would apply to any employee charged by a public employer of other misconduct.”

The Court said: “Article 20(3) of the Constitution has also to be seen in the context of the two clauses that precede it, particularly the immediate preceding provision: no person shall be prosecuted and punished for the same offence more than once. The words, “convicted”, “prosecuted”, “punished” and “accused” used in Article 20 unmistakably point to the proceedings being in the nature of a criminal action before a court of law or a judicial tribunal. It is in the same sense that Article 20(3) of the Constitution has also to be construed. Fundamentally, when Article 20(2) of the Constitution cannot be invoked to question the propriety of a departmental action and a criminal case in respect of the same set of allegations, it may follow that contesting a departmental action founded on the same allegations as in the simultaneous criminal case may not amount to the violation of the rule against self-incrimination envisaged in Article 20(3) of the Constitution. Since the obvious, however banal it may be, must always be remembered, it ought to be noticed that the standards of proof in the two apparently parallel actions are indisputably distinct.”

PAUL ANTHONY DICTUM NOT APPLICABLE TO THIS CASE

Referring to Apex Court judgment in Capt. M. Paul Anthony v. Bharat Gold Mines Limited)wherein it was held that the principle enshrined in Article 20(2) of the Constitution can be extended to departmental proceedings only if “the charge in the criminal case against the delinquent employee is of a grave nature which involves complicated questions of law and fact …”, the Court said that the charges against the bank employee are straight-forward and do not involve any complicated questions of law or fact for the departmental action against the petitioner to be arrested till the outcome of the criminal case lodged against him.