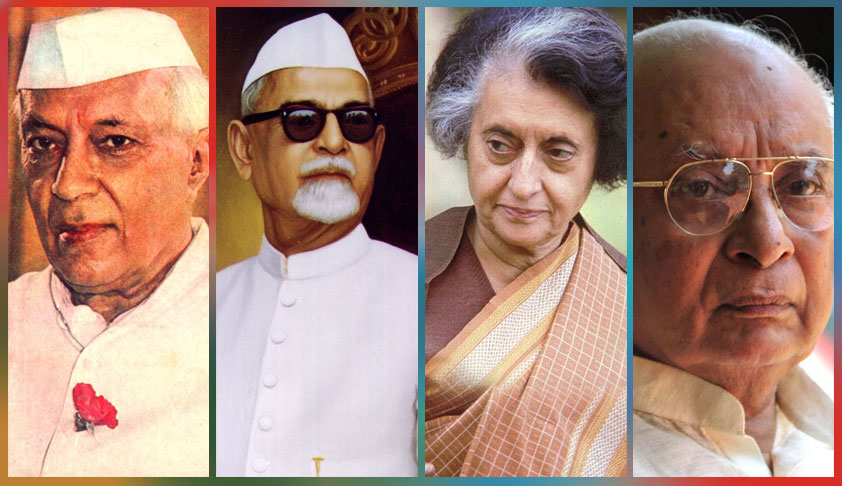 The word ‘secularism’ is mistakenly translated in Malayalam as  Mathanirapekshatha (disjuncted from religion).  This Malayalam word represents  only a very restricted meaning for secularism.  Therefore Malayalees by and large have understood the word  secularism in such  restricted sense.  No doubt disjunction from religion is one of the attributes of secularism, as I understood...

The word ‘secularism’ is mistakenly translated in Malayalam as  Mathanirapekshatha (disjuncted from religion).  This Malayalam word represents  only a very restricted meaning for secularism.  Therefore Malayalees by and large have understood the word  secularism in such  restricted sense.  No doubt disjunction from religion is one of the attributes of secularism, as I understood it.  But the concept of secularism has much wider and more valuable connotation than the religion related nuance.  It is a wrong thinking that secularism is intended to guarantee and ensure the freedom for observing religious rituals or rites. The quintessence of secularism transcends all divisive factors including religious influence and ensuring the dignity of the individual as primordial.  Since there is no adequate corresponding word in vernacular for  secularism I deem it appropriate to use the word secularism itself whenever it is needed in relevant contexts.

Secularism became interrelated  to religion on account of a peculiar background  in USA.  The teachings of Christian preachers and also their activities would have stood in the way of correctly understanding the purport of the decision or directives of the government and in such a context a judgment pronounced by the Supreme Court of United States had  rendered  a ratio explaining secularism as disjuncted from religion.  vide the decision of the Supreme Court in Raynolds Vs. USA (1878) made the position clear that even the Federal government of USA shall not do anything directly or indirectly helping religious activities.  The ratio may be relevant for that context. Eventually other decisions were rendered by the judiciary in approval of the above judgment.  Yet another cause for the restricted meaning is due to the impact of the distinction between theocratic nations and other republics, the latter came to be known as secular nations. I venture to add that secularism is not merely one negating theocratic form of government.

It has been stated by the Supreme Court and High Courts in India, time and again, that one of the basic features of the Indian Constitution is secularism.  The historic judicial pronouncement in the constitutional history of India was delivered in the case Kesavananda Bharati Vs. Union of India.  That case was heard by the largest bench ever constituted (13 judges) and for the longest number of days which resulted in the pronouncement of the lengthiest judgment ever pronounced in India.  The decision was rendered in 1974.  Though most of the judges on the bench wrote  separate judgments in that case it was the unanimous view of the judges that secularism is one of the basic features of the Indian Constitution.  One must remember that when the Constitution was made the word secularism was not employed anywhere in the Constitution.  Some members of the Constituent Assembly demanded the inclusion of the word secularism in the preamble  of the Constitution.  But Dr. Ambedkar  who  piloted the debates was not in favour of such inclusion.  He said that since Constitution of a republic must be a sacred document it shall avoid, as far as possible,  sloganeering terminological expressions and that secularism shall be reflected through different articles of the Constitution and not by merely employing the word in it.  But in 1977 Prime Minister Indira Gandhi  succeeded in getting the words “Sovereign Socialist Secular Democratic Republic” incorporated   in the Preamble of the Constitution.  It happened in the background of the declaration of  the infamous  Emergency by which many of the fundamental rights of Indian citizens were suspended and the secular credentials of the Constitution  were considerably impaired. As nobody had the freedom to raise any criticism against inclusion of such empty words and since all possible critics were incarcerated in prisons the  protagonists of the emergency succeeded in securing easy passage  for amending the Preamble. But  when Emergency ended and  the people regained their freedom, many of the  amendments  brought  about during the Emergency  period were re-amended.  However the amendment made in the Preamble was not deleted as the new leaders of the government treated those words as redundant only and retention of them would not cause any disadvantage to the people.

The most important standard attributed to secularism in the Constitution is that dignity of the individual is paramount as recognised in the Constitution.  The basic plaque of secularism is that dignity of the individual should be preserved untrammeled by all diversionary factors.  Under Article 14 of the Constitution all citizens of India are given the right to equality before law and equal protection of the laws.  This is one of the important pointers of secularism. Under Article 15 no discrimination is allowed on the basis of religion, cast, race, sex or place of birth as between the citizens. Article 16 enjoins that every citizen has equal right to any office .  These are the by-products of the secularist principle adumbrated in the Constitution.  Same are the precepts envisaged in Article 21 ensuring protection of  life and liberty for every citizen except through the procedure established by law.  The right to freedom of religion includes the freedom not to believe in any religion.  At the same time, the right to profess, practice and propagate religion is placed only as subject to public morality, public health, public order and other fundamental rights. This shows that the Constitution makers had in their mind that freedom of religion shall be subservient to those four topics.  Similarly public money shall not be spent for the upliftment for any religious denomination and also that no religious instructions shall be imparted in any educational institution run by the government or in any institution receiving aid from the government. While Article 29, which has the title “Protection of interest of minority rights”, specifically mentions that any section of citizens having a distinct language, script or culture shall have the right to preserve them, it contains a prohibition against denial of admission to any educational institutions owned by the state or aided by the state fund on any of the grounds relating to religion, race etc. All those provisions are the declared evidence of the secular credentials of the Constitution.  Article 30 mentions about the right of minorities, including religious or linguistic minorities, to establish and administer educational institutions. Fortunately the 11 judge bench of the Supreme Court (in TMA Pai case) made it clear that no minority can claim a greater right than what is claimable by the majority and further made it clear that what is included in Article 30 is a protection of the rights for minority relating to educational institutions and not any higher right.

Article 44 of the Constitution enjoins on the state to bring about uniform Civil Code, Article 51A enumerates fundamental duties of citizens of India.  One of them is that it is the duty of every citizen of India to promote harmony and the spirit of common brotherhood, transcending religious linguistic regional or sectional diversities.  Equally important is that it is the fundamental duty of every citizen to develop scientific temper, humanism, spirit of inquiry and reform.  All those are explicit evidence of the secular character of the Indian Constitution.

Jawaharlal Nehru, the first Prime Minister of India was eminently the strongest advocate of secularism.  In 1952 he was invited to inaugurate the World Conference of Christian Youth, but he declined the invitation on the ground that a constitutional functionary of a secular republic shall avoid officially participating in any religious conclave.  It is sad that the convention set up by Jawaharlal Nehru was not seen followed by many other officials in India.  According to me the practice of subsidising the expenses of pilgrims for visiting places of religious importance by bearing the subsidy amount from the government treasury is also inconsistent with the secular principles envisaged in the Constitution.  The maximum which a government can provide is arranging transportation facilities, police protection and similar facilities for the convenience of their  journey.

I wish to quote a statement made by Dr. Zakir Hussain, a former President of India (He was a great  thinker and educationist and at the same time a pious religious person) When he was  elected as President of India TVR Shenoi a renowned journalist while interviewing him commented that his election is a victory of secularism.  Dr. Zakir Hussain asked him why he made such a comment.  TVR Shenoi answered that the very fact of a Musalman reaching the highest position in the republic of India is the best evidence to show that the republic is secular in character.  But the President looked at him and smilingly conveyed the following: “Secularism would be fully achieved in India only when you do not realise what religion I belong to” I read the above interview from an article authored by TVR Shenoi.  It remains fresh in my mind.  I wish to paraphrase what the great President would have said, like this:-  “My faith, my language etc. are my personal and private possessions.  They shall not have any reflection in the discharge of my official duties”.

I conclude this article by once again exhorting that it is the duty of every Indian to develop the broad republican perspective, liberating from any narrow interpretation of that ideal principle.

Justice KT Thomas is a former Judge of Supreme Court of India.