Security Interest a shield in the hands of Lenders 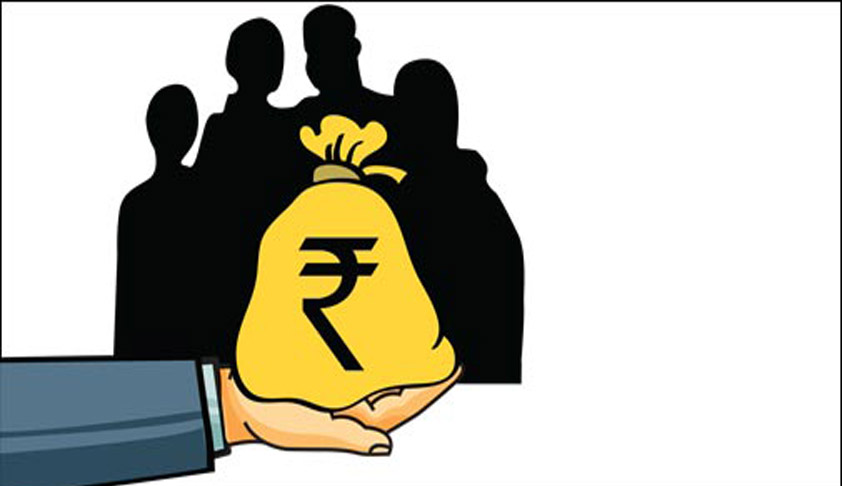 Lending of money is one of the oldest transactions after the barter system. The term ‘lending’ may be classified majorly into two sets namely ‘non-recourse lending’ and ‘recourse lending’. Non-recourse lending exposes the lenders to more risk since they can only exercise the security created over collaterals and are not allowed to go after the borrower for repayment of loan...

Lending of money is one of the oldest transactions after the barter system. The term ‘lending’ may be classified majorly into two sets namely ‘non-recourse lending’ and ‘recourse lending’. Non-recourse lending exposes the lenders to more risk since they can only exercise the security created over collaterals and are not allowed to go after the borrower for repayment of loan pursuant to default, on the other hand recourse lending allows the lender to exercise the security created over the collaterals and also to file a case against the borrower for repayment of the loan along with interest and other dues as per the loan agreement.

Security creation and perfection is one of the crucial part of every project finance transaction, where the lenders (in order to secure the repayment of debt along with other amount due to the borrower and to limit the risk lender may be exposed to) instruct the borrower to create security over its immovable properties (Real Estate), tangible movable assets (machinery and equipments), instruments (Shares), project documents (contracts) etc.

The types of security and the process may easily be understood through the following diagram:

The term “security” is neither defined in the Contract Act, 1872 nor in Transfer of Property Act, 1882 or in any other statute time being in force. Thus any exclusive statutory definition with respect to the same is not readily available.

As per Black’s Law Dictionary (9th Edn.), “Security” means and includes Protection; assurance; indemnification. The term is usually applied to an obligation, pledge, mortgage, deposit, lien, etc., given by a debtor in order to make sure the payment or performance of his debt, by furnishing the creditor with a resource to be used in case of failure in the principal obligation. The name is also sometimes given to one who becomes surety or guarantor for another.

One of the prevalent types of security is by way of ‘Mortgage’, wherein an interest in specific immovable property is transferred for the purpose of securing the payment of money advanced or to be advanced by way of loan, an existing or future debt, or the performance of an engagement which may give rise to a pecuniary liability. [Section 58 of Transfer of Property Act, 1882]

Section 58 of Transfer of Property Act, 1882 defines Mortgage as a conveyance of property, upon condition, as security for the payment of a debt or the performance of a duty, and to become void upon payment or performance according to the stipulated terms.

Transfer of Property Act, 1882 envisages 6 types of mortgages over immovable properties, but as per the practice procedure being followed in a project finance transaction the security is created by way of either English Mortgage or Equitable Mortgage.

a.       English Mortgage:The mortgagor transfers the mortgaged property to the mortgagee in entirety. However there is a condition that on complete repayment of the repayment money, he will re-transfer the property back to himself.

b.      Equitable mortgage: In an equitable mortgage the lender is secured by taking possession of all the original title documents of the property and by borrower's signing a Memorandum of Deposit of Title Deed (MODTD). This document is an undertaking by the borrower that he/she has deposited the title documents with the bank with his own wish and will, in order to secure the financing obtained from the bank.

As per Section 59 of Transfer of Property Act, 1882, where the principal money secured is one hundred rupees or upwards, a mortgage other than a mortgage by deposit of title deeds can be effected only by a registered instrument signed by the mortgagor and attested by at least two witnesses. In Tara Chand Vs. Sagarbai (AIR 2007 SC 2059) it has been reiterated that in order to effectuate an English Mortgage, the instrument shall be signed by the mortgagor, attested by atleast two witnesses and registered with the concerned Sub-Registrar Office and it is not required by law for mortgagee to sign the instrument of mortgage.

Mutation records and Record of Rights as maintained by the local revenue officer are the additional documents which help us ascertaining the person who is currently in possession of the land and paying revenue taxes. In order to ascertain that there is no encumbrance over the concerned property a No-Encumbrance Certificate is issued by the Sub-Registrar Offices saying that the property is free from any encumbrances.

The bailment of goods as security for payment of a debt or performance of a promise is called ‘Pledge’ in terms of Section 172 of Indian Contract Act, 1872. ‘Bailment’ is defined under Section 148 of Indian Contact Act, 1872 as the delivery of goods by one person to another for some purpose, upon a contract that they shall, when the purpose is accomplished, be returned or otherwise disposed of according to the directions of the person delivering them.

Pledge is transferring property as collateral for a debt. The lender of the debt maintains possession of the pledged asset, but does not have ownership unless default occurs. In the case of pledge of shares, once the default occurs, lender shall transfer the shares in its name and then the ownership shall stand transferred.

In the matter of Lallan Pd. Vs. Rehmat Ali (AIR 1967 SC 1322), the Apex Court established that there are two ingredients of a pledge: (1) that the property pledged should be actually or constructively delivered to the pawnee and (2) a pawnee has only a special property in the pledge but the general property therein remains in the pawner and wholly reverts to him on discharge of the debt. A pawn therefore is a security, where, by contract a deposit of goods is made as security for a debt. The right to property vests in the pledgee only so far as is necessary to secure the debt. In this sense a pawn or pledge differs from mortgage which wholly passes the property in the thing conveyed. The position with respect to ingredients of valid Pledge are reiterated in the matter of Maharashtra State Cooperative Bank Vs. Kannad Sahkari Shakkar Karkhana [2013 (139) FLR 622].

‘Hypothecation’ is defined under Section 2 (n) of The Securitisation and Reconstruction of Financial Assets and enforcement of security interest act, 2002 as a charge created in or upon any movable property, existing or future, created by a borrower in favour of a secured creditor without delivery of possession of the movable property to such creditor, as a security for financial assistance and includes floating charge and crystallization of such charge into fixed charge on movable property.

A borrower's rights against third parties, such as the right to receive payment for debts on its own books, can be assigned to a third party as a way of selling those rights. Assignment means to put the other party (in whose favour assignment is done) in yours shoes. An assignment of contract occurs when one party to an existing contract (the "assignor") pass over the contract's rights, obligations and benefits to another party (the "assignee") in order to assume all of his contractual obligations and rights and to do that, the other party to the contract must be properly notified.

In Common Law countries, until or unless the contract has any restrictive clause or prohibition for assignment, the contract may be assignment in faovur of assignee without any approval or notice. However, where prior approval of the counter party is required as per the procedure given in the contract, failure to obtain consent may lead to assignment being a nullity.

Guarantees are commonly used and created through execution of a Deed of Guarantee. In usual course of business corporate guarantees are given by the holding companies to its subsidiaries or wholly owned subsidiaries for securing the repayment of loan obtained by the subsidiary. In recent times it is seen that Personal guarantees of directors are frequently being used to secure the repayment of debt given by banks and financial institutions.

Merely creation of security by a company in favour of lender does not validate a charge over secured assets. In order to perfect the charge created by way of mortgage, hypothecation or assignment, Company is required to register the charge by filing Form CHG-1 under Companies Act, 2013 with the concerned Registrar of Companies with thirty (30) days of creation of charge. (Per Section 77 of Companies Act, 2013)

In generic terms security is a tool to command the borrower to honor its obligations under the loan agreement and failure of borrower to honor such obligations will have effect of lender exercising his right to enforcement of security. Thus security acts as shield or safeguard for lender towards the repayment of loan and other monies due to the lender under the loan agreement.