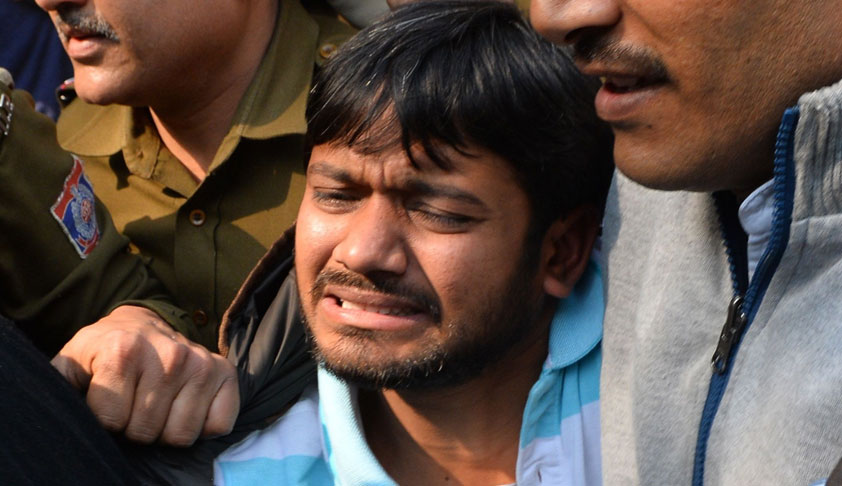 The Delhi High Court on Friday set aside Jawaharlal Nehru University’s order imposing fine of Rs. 10,000 on its former student union president Kanhaiya Kumar. It opined that the impugned order was “illegal, irrational and irregular”, and directed JNU to conduct the proceedings afresh.

The penalty had been imposed by JNU’s Appellate Authority in connection with an incident in February 2016, when “anti-national” slogans were allegedly raised at an event discussing Parliament attack convict Afzal Guru’s hanging. Subsequent to the incident, three students — Umar Khalid, Kanhaiya Kumar and Anirban Bhattacharya — were charged with sedition.

Thereafter, an inquiry committee set up by the JNU Vice-Chancellor had recommended their rustication and had imposed a penalty of Rs. 10,000 on Kumar. It had also imposed a financial penalty for violation of disciplinary norms against thirteen students. This order was upheld by the Appellate Authority and was now challenged by Kumar before the High Court.

During an earlier hearing, Justice Rekha Palli had asked the university not to take any coercive action as far as depositing the fine is concerned. She had then directed the matter to be listed before the regular bench on 20 July.

Justice Siddharth Mridul on Friday opined that even though the order purports to the imposition of a fine of Rs. 10, 000, “the action against him constitutes disciplinary action entailing serious civil consequences for him”.

Remanding the order back to JNU’s Appellate Authority, the Court finally directed, “At this stage, counsel for JNU wants to recall the office order with liberty to comply with the directions of this Court passed in the earlier round of proceedings between the parties, in accordance with the law, culminating in a reasoned order. In view of the statement made by the counsel for JNU, the office order is set aside. Matter is now remanded to the Appellate Authority for a de-novo conduct of proceedings.”