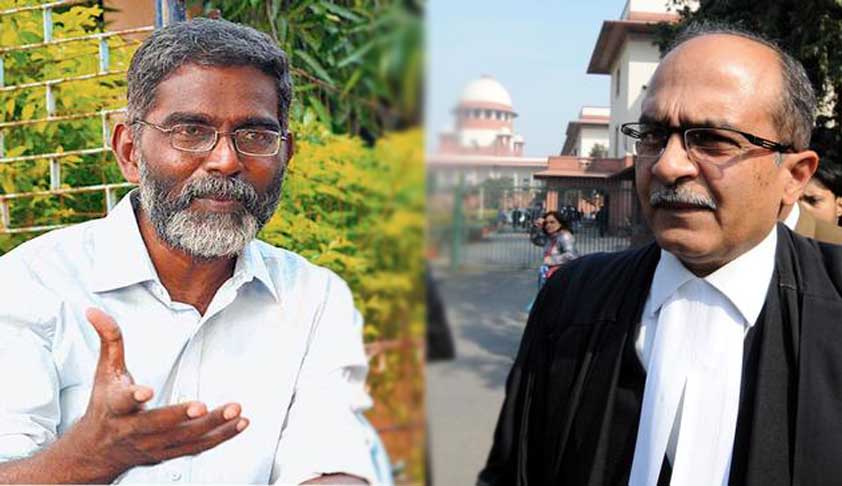 Supreme Court of India has today issued a direction to all the concerned authorities to follow the Constitutional bench judgment in Kedar Nath v State of Bihar (1962) which limited the scope of Sedition Law (Section 124A) in India. The Supreme Court has said that all authorities would be bound by the Kedar Nath judgment when dealing with cases of sedition. With the above observation the Supreme Court has dismissed the Petition filed by NGO ‘Common Cause’ and Dr. S.P. Udayakumar.

Appearing for the Petitioners, Advocate Prashant Bhushan has argued before the bench that the law of sedition is being grossly misused, misapplied and abused by the authorities and that the authorities are not following the judgment in Kedar Nath which states that Section 124A (sedition) is only applicable where there is violence or incitement to violence in the alleged act of sedition.

The Public Interest Litigation was filed in the Supreme Court by NGO ‘Common Cause’ and Dr. S.P. Udayakumar (anti-nuclear activist against whom sedition charges have been made) seeking urgent intervention of the Supreme Court to address the misuse and misapplication of Section 124A (sedition) by successive governments leading to routine persecution of students, journalists and intellectuals engaged in social activism.

The Petitioners alleged that the Sedition charges are framed against Citizens with a view to instil fear and to scuttle dissent and are in complete violation of the scope of sedition as laid down by a constitution bench of Supreme Court in Kedar nath v State of Bihar [1962 Supp. (2) S.C.R. 769], which is the locus classicus on the interpretation of sedition. As per the Constitution bench judgment in Kedarnath vs State of Bihar only those acts, which involve incitement to violence or violence constitute a seditious act. In the various cases that have been filed in the recent years, the charges of sedition against the accused have failed to stand up to judicial scrutiny. The petitioners have sought a strict compliance of the Constitutional Bench judgment in Kedar Nath in which for the very first time scope of sedition as a penal offence was laid down and it was held that the gist of the offence of sedition is “incitement to violence” or the “tendency or the intention to create public disorder”.