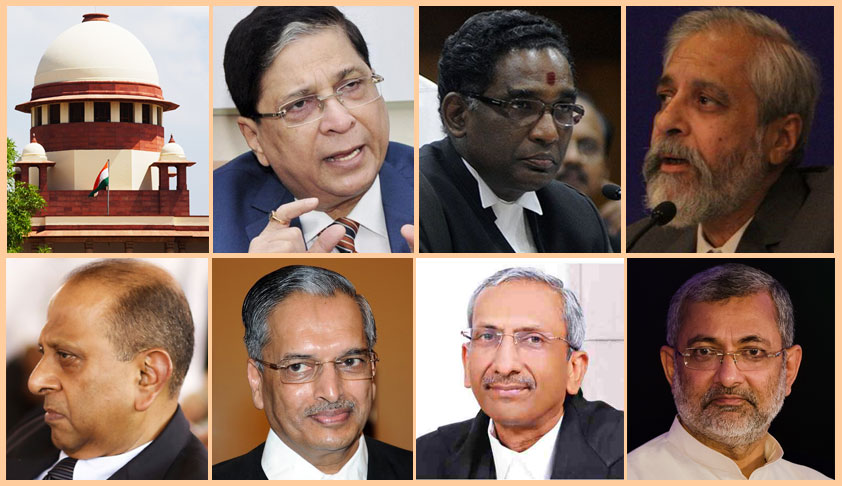 Supreme Court is at present working with 25 judges against the sanctioned strength of 31. This means there are six vacancies which has not been filled for long.

If the delay in filling vacancies continued through the coming year, the number of vacancies will rise to an unprecedented 13(almost half of present strength) as seven judges, including Chief Justice Dipak Misra is set to retire this year.

CHIEF JUSTICE DIPAK MISRA: Chief Justice Dipak Misra who was appointed as a judge of the Supreme Court on October 10, 2011 and became the Chief Justice on August 28 this year will retire on October 2, 2018. Before ending his tenure, the CJI will have to deliver judgments in several crucial cases like Delhi Government Vs Lt Governor tussle war, right to living will which was heard by constitution bench headed by him, contentious Ramjanambhoomi-babri masjid dispute, Rohingyas deportation case, constitutional validity of Aadhaar, review petition filed by Nirbhaya case death row convicts, Sabarimala women entry case, a slew of petitions filed by duped home buyers, sensational Hadiya case etc. He also has to monitor the progress in preparation of memorandum of procedure for appointment of judges to the Supreme Court and High Court being prepared in consultation with him by the government.

JUSTICE JASTI CHELAMESWAR: Justice Jasti Chelameswar who was appointed as a judge of the Supreme Court on October 10, 2011 will be retiring on June 22, 2018. The judge recently made headlines when the two judge bench headed by him had, on the basis of an urgent mentioning, agreed to hear a plea by Campaign For Judicial Accountability and Reforms (CJAR) argued by Prashant Bhushan for a SIT probe into medical admission “scam” and certain allegations against Chief Justice Dipak Misra. Justice Chelameswar had ordered setting up of a bench of five senior-most judges (in which chief justice cannot be a member) to examine the allegations. But a CJI-led bench, questioning Justice Chelameswar’s power to do so, and declaring the CJI as the “master of the roster” set aside the order and sent the issue to a three-judge bench which eventually dismissed the plea.

Often known as an “insider who often rebelled against the collegium”, Justice Chelameswar had refused to attend the collegium meetings, as long as its deliberations were kept under wraps. He was the lone dissenter in the NJAC judgment delivered by the five-Judge Constitution bench in October 2015. He not only upheld the NJAC law, passed by Parliament, but found the Collegium system of appointments lacking in transparency and effectiveness. Subsequently, however, he joined the rest in the consequential judgment on the Collegium, delivered in December, because it sought to improve the Collegium system.

The collegium had later agreed to adopt the circulation method for appointing Judges, accepting the suggestion put forth by Justice Chelameswar. After that he began attending the collegium meet.

In August a crisis loomed large over the Supreme Court collegium with Justice Chelameswar reportedly saying that informal, coffee table meetings were passed off as collegium meetings by then CJI J S Khehar, brushing aside norms governing meeting of the collegium. He was instrumental for the decision of Collegium to publish the resolutions on Supreme Court Website

JUSTICE MADAN B LOKUR: Appointed as a Supreme Court judge on June 04, 2012, Justice Lokur will retire on December 30, 2018. He heads the ‘social justice’ bench of the Supreme Court which also comprises of justice U U Lalit. The bench has delivered several landmark judgments in public interest litigation in the arena of social justice like the drought relief, prison reforms, child marriage, pollution in Delhi/NCR. The bench has also been passing periodic orders aimed at removing child pornography and rape videos from the internet.