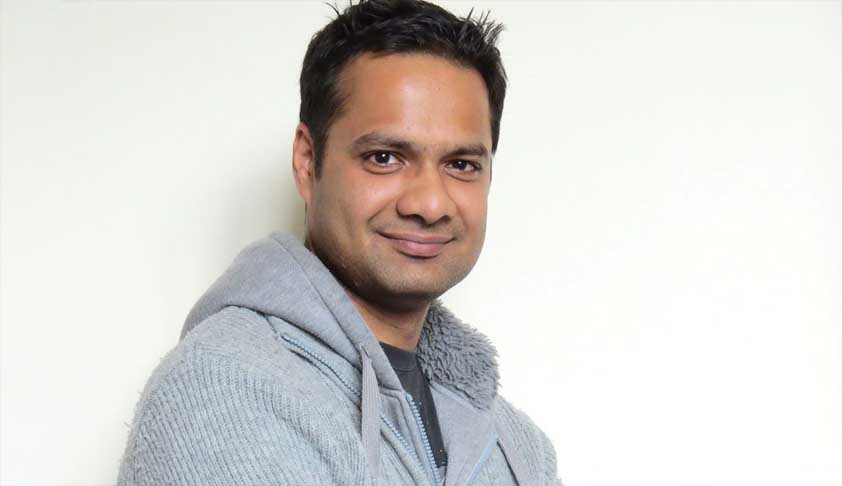 Tarunabh Khaitan is an Associate Professor in Law at the University of Oxford. He is the author of A Theory of Discrimination Law (OUP 2015), which has been well received in academic circles. He is also the General Editor of the forthcoming Indian Law Review.He completed his undergraduate studies at the National Law School of India University, (Bengaluru) between 1999-2004. He then came to...

Tarunabh Khaitan is an Associate Professor in Law at the University of Oxford. He is the author of A Theory of Discrimination Law (OUP 2015), which has been well received in academic circles. He is also the General Editor of the forthcoming Indian Law Review.

He completed his undergraduate studies at the National Law School of India University, (Bengaluru) between 1999-2004. He then came to Oxford as a Rhodes Scholar and completed his postgraduate studies with distinction at Exeter College. Before joining Wadham, he was the Penningtons Student (Fellow) in Law at Christ Church.

Here, he answers LiveLaw’s questions on the Anti-Discrimination and Equality Bill, 2016, introduced in the Lok Sabha by Shashi Tharoor, Member of the Congress Party. Tharoor has acknowledged the contribution of Khaitan towards the drafting of the Bill.

LIVELAW: With Shashi Tharoor, MP, introducing the Anti-Discrimination and Equality Bill 2016 in Lok Sabha, the debate on the subject, which you aimed at, has begun. Tharoor has acknowledged your contribution to the drafting of the Bill. Could you tell us what made you to think of the Bill, in the Indian context, and what were the factors that went into drafting it?

TARUNABH KHAITAN: The policy debate on an antidiscrimination law has been going on for about a decade and a half. The Bhopal Declaration issued in 2002 seeking to chart a new course for Dalits welcomed ‘winds of change the world over’ towards inclusion and diversity and against discrimination. A conversation on the need and shape of an antidiscrimination law began after the Sachar Committee recommended it in 2006. While the UPA government did briefly consider setting up an Equal Opportunity Commission, the idea was quietly buried (at any rate, the Equal Opportunity Commission Bill it had drafted was rather underdeveloped). Recently, the NDA government recommended that states should prohibit discrimination in housing when framing rules under the Real Estate Act. So, there seems to be a cross-party consensus on the broad idea.

It was time to move the policy debate on to the concrete shape the law should take. So I spent the last three years working on a Bill, discussing it with activists, lawyers, politicians, academics across India. Rohith Vemula's tragic death gave particular urgency to the issue. I believe that if such a Bill had been in place in India, it might have helped prevent at least some of the events that led him to take his own life. At a general level, the Bill is an effort to realise Dr Ambedkar's vision of an India free of unfair discrimination.

LIVELAW: You had also suggested a similar Bill for the Delhi Government, and at one point, it was about to adopt it. What happened?

TARUNABH KHAITAN: Yes, I think their interest fizzled out because it probably wasn’t top of their agenda, and other issues took over. They always seemed committed to the issue of dealing with discrimination though, and I believe they still are. I hope they will take it up again.

TARUNABH KHAITAN: Of course, it is a possibility. But I hope the government will acknowledge the urgency of the issue of discrimination faced by millions of Indians and take ownership of the Bill. It must send it to a parliamentary standing committee for scrutiny in light of a wide public consultation.

LIVELAW: The Bill, among other things, seeks to establish a Central Equality Commission. Don’t you think it will only add to the existing number of bureaucratic structures, with increased opportunities for posting for civil servants, without corresponding results on the ground? The performance of bodies like the National Commission for Backward Classes, and those for Scheduled Castes and Scheduled Tribes, and not to speak of the Human Rights Commission, is not very inspiring.

TARUNABH KHAITAN: I agree with the broader concern with the proliferation of tribunals and commissions. In fact, in one of the early drafts, the enforcement power lay with ordinary courts. But conversations with activists and lawyers made it clear that ordinary civil courts in India simply do not have the capacity (in terms of personnel, time, or training) to deal with a complex legislation like this one. Reforming the lower judiciary is extremely important. But until that happens, it is a real delivering justice poses a real problem.

That said, I have paid very close attention to the nature, design, independence, composition, and costs of the Equality Commission proposed under this Bill. The qualifications required for membership make it hard for bureaucrats to be appointed. The Commission will be independent of the government, and have real, but accountable, powers. Its design has learned from the successes and failures of existing commissions. Furthermore, chairpersons of many of these existing commissions will be ex-officio members of the Equality Commission, so they can share their learning and experiences with the new body.

LIVELAW: There is a general impression that it is the minorities who suffer discrimination and inequality. But the Bill is also for majority communities. Can you explain?

TARUNABH KHAITAN: Antidiscrimination laws that protect majorities as well as minorities (“symmetric protection”), while permitting affirmative action for minorities, are the global norm. There are several good reasons for this. First, for an antidiscrimination law to be successful, it needs to secure the buy-in of majorities. Symmetric laws are less likely to cause resentment. Secondly, while it is true that usually minorities suffer discrimination, sometimes members of majority groups do so as well. Patriarchy will not end simply by ending the domination and stereotyping of women—the gender roles that men are forced to comply with will also need to go. Forced separation of consenting inter-faith couples (defined as ‘segregation’ in the Bill) is bad whether it is done by a minority community or a majority community. As long as there are safeguards against misuse (as in this law), symmetric protection is a better option.

LIVELAW: Section 15 of the Bill requires every public authority, landlord or housing society managing over 50 residential units, institutions etc. to report their Diversity Index to State Equality Commission. Do you think this is practical, and would those not complying with this requirement be visited with some punishment?

TARUNABH KHAITAN: The expectation is that the Commission will propose very simply forms for such reporting. The Bill allows three years from its enactment for the first such report to be compiled. Smaller businesses and housing societies are exempt from the requirement. The enforcement provisions for this duty are extremely light touch. You could say that this provision of the Bill sets an aspirational norm which may be concretised over time. But its light-touch nature is appropriate at this early stage of dealing with discrimination.

TARUNABH KHAITAN: One of the key features of this Bill is that discrimination is normally seen as a civil rather than a criminal offence. The focus is on compensation and redress for the victim, rather than punishment for the discriminator. The usual modes of enforcement of civil court orders will apply for non-compliance. The only departure from the civil nature of the Bill is that there are some special provisions for aggravated discrimination, where a Magistrate could be approached for a protection order.

LIVELAW: Exception 8 exempts discrimination in relation to religion by a place of religious worship, with respect to activities that are essentially religious. Would the discrimination against women at Sabarimala come under this exemption?