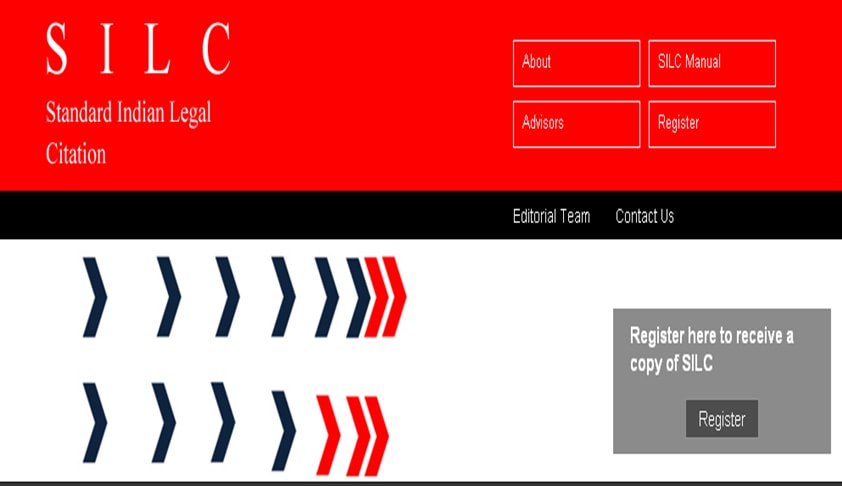 Hard copies of SILC were launched after a strong demand from university libraries for hard copies of the citation manual. SILC was originally launched 3 years ago and now has users from over 250 law schools and courts across the nation. Till date, SILC was only available in soft-copy format online.

Since its release, SILC has garnered recognition from leading law universities and scholars both in India and abroad. SILC is now listed by the Harvard Law School Library in its list of foreign citation manuals and is the only citation method from Asia to be listed. SILC is also included in Cornell Law School’s guides and resources for foreign law.

Vice Dean of Harvard Law School, David Wilkins, a professor to Michelle Obama and close friend to Barack Obama has been amongst SILC’s supporters. In a statement in 2015 he praised SILC, stating:

“Just as Erwin Griswold would go on to reshape the legal world as Dean of Harvard Law School and Solicitor General of the United States, the Blue Book has reshaped the world of legal citations by bringing much needed uniformity to the field, allowing lawyers, judges, and academics to more efficiently do their work.

Now Rohit Pothukuchi and his colleagues are attempting to accomplish this same goal for India through the Standard Indian Legal Citation. I have no doubt that future generations of lawyers, judges, and academics in your great country will look back on Mr. Pothukuchi’s work with the same admiration and respect as lawyers in the United States have for Dean Griswold and the uniform approach to legal citations that his Blue Book, now in its 19th edition, continues to provide in mine.”

In a statement given after the release of hard copies, Editor-in-Chief and Founding Editor Rohit K. Pothukuchi, stated:

“We are incredibly honored that His Excellency Sri Hamid Ansari has accepted hard copies of Standard Indian Legal Citation at his official residence. The release of hard copies marks an important milestone for Standard Indian Legal Citation. Hard copies were released in response to requests from university libraries and we hope that these copies will make SILC more accessible to lawyers and students across the nation. His Excellency the Vice President has inspired our editorial team to continue to work towards our vision of bringing uniformity and simplicity to legal citation practices in India. We are extremely grateful for his time and encouragement.”

Rohit Pothukuchi started his career as an Associate with White & Case LLP in NYC. He is an Affiliate Fellow of the Harvard Law School Center on the Legal Profession, has been a Visiting Scholar at Columbia Law School, and has worked as a policy specialist with the United Nations Human Settlements Program in Manhattan. Mr. Pothukuchi is a graduate of NALSAR University and the UC Berkeley School of Law.

The SILC manual can be downloaded at the official SILC site (www.silcmanual.org) and is also available for download from numerous university sites, including those of NLU Delhi and CNLU.
Next Story
Similar Posts
+ View more
Cartoons
+ More