The Slaughter Of The Spring Lambs 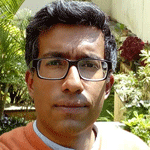 Only three films in Oscar history have taken all the 5 top awards distributed annually by the Academy of Motion Picture Arts & Sciences. The first was 1934’s It Happened One Night, which was faithfully reproduced by Bollywood as Dil Hain Ke Manta Nahin. The second was forty years later with Milos Forman’s One Flew Over the Cuckoo’s Nest, which mercifully was spared the...

Only three films in Oscar history have taken all the 5 top awards distributed annually by the Academy of Motion Picture Arts & Sciences. The first was 1934’s It Happened One Night, which was faithfully reproduced by Bollywood as Dil Hain Ke Manta Nahin. The second was forty years later with Milos Forman’s One Flew Over the Cuckoo’s Nest, which mercifully was spared the copycat treatment, not least because a reprisal of McMurphy the crazed inmate would have been nigh impossible. One other thing that these two films had in common, however, was that their leading men – Clark Gable and Jack Nicholson – were known philanderers. Notorious for their straying eye, even in their longest and most devoted relationships (Carole Lombard and Angelica Huston respectively) Gable and Nicholson were simply incapable of remaining faithful, and in both cases, to their everlasting regret.

This tendency for men in positions of power and glamour to be thrilled at the prospect of an easy conquest has unfortunately led to an insidious shroud of secrecy enveloping the film industry. As the New York Times story broke last week of two generations of Hollywood’s female leads lining up to spill all about Hollywood mogul Harvey Weinstein and his reprobate conduct, questions started being asked of the women themselves. If any of them had spoken up earlier, could they not have saved themselves (and admittedly several others) from the same ignominy? The lack of self-confidence and the fear that their shot at the big time would be torpedoed led to what is today a cover-up of majestic proportions in which every one of them is complicit. Add to the victims their friends, spouses, confidantes, film crew, paparazzi and the entertainment press, and it would be hard not to conclude that the entire film industry had abetted the offender.

But, there are Harvey Weinsteins everywhere. What this sordid saga teaches us is that we are all in our own way part of these criminal conspiracies in our very circles. At the Supreme Court for example, we are familiar with the repeated incidents that have been shared by distraught young women about the conduct of a particular senior advocate who makes vile overtures on juniors and interns who are old enough to be his granddaughters. These stories have been shared for nearly 20 years, and except for a few organisations withdrawing their briefs from the person in question, he continues to be patronized by the members of the very Bar that scurried to cast votes last week to elect a representative to the Gender Sensitization Committee of the Supreme Court. Should we not have shunned him as he deserved, and condemned him to the solitude of his making? Should not his own peers have shamed and reported him, with far less to lose than those who bore the brunt of his libido? Should publications have continued to patronize him notwithstanding his pedantic pretenses? That would have sent a strong message to any future Lothario while emboldening those who were to take their first unsteady steps into the profession. This place is safe, they would know. On the contrary, when the same personage comes out to advice former judges similarly accused, irony dies a slow death.

A few years ago, when certain allegations were leveled against a former judge, a young lady advocate came out to speak about her own experience - that of a senior advocate showing an inappropriate romantic and sexual interest in sending explicit mails and flowers when their assignment had ceased. It had been difficult for her to recount and share, and her initial diffidence is found in her own words: “I was far less confident about my place in the legal profession, and was told it would be impossible to prove, that no one would want to take a chance on hiring me, that I would forever be known for this instead of for my work.” She had the courage however to narrate her own story - a courage that needs to be replicated by many of her ilk, not necessarily by naming names, but to raise awareness and deter the serial offender. As this young woman points out, the issue is not so much with physical assault or the fear of being sacked but that it creates a 'hostile work environment’, one that vitiates the victim’s daily life to a compelling degree.

In the corridors of the Court, we are privy to much that is second hand, and hence cannot be confirmed. While it is wise to keep one’s counsel, when the matter is of such grave importance, not only to individual women, but to the future of the Bar and the Court as a collective family, silence can no longer be a refuge.

Every day, I see young men and women thronging the courts, fresh-faced and eager to make a change, to add to the flowing stream of our learning, to imbibe the beauty that is the law. It is for them that we must set an example, not of great juristic brilliance, but of simple values. Of truth, of honesty, of courage. Of standing up for what we know is wrong and unacceptable. Until we do that, we will, like Clarice Starling in 1991’s The Silence of the Lambs, wake up in the dark with the lambs screaming. Gopal Sankaranarayanan is an Advocate practising in the Supreme Court of India.

[The opinions expressed in this article are the personal opinions of the author. The facts and opinions appearing in the article do not reflect the views of LiveLaw and LiveLaw does not assume any responsibility or liability for the same]
TagsSpring Lambs Supreme Court The Silence of the Lambs
Next Story
Similar Posts
+ View more
Law Firms
+ More