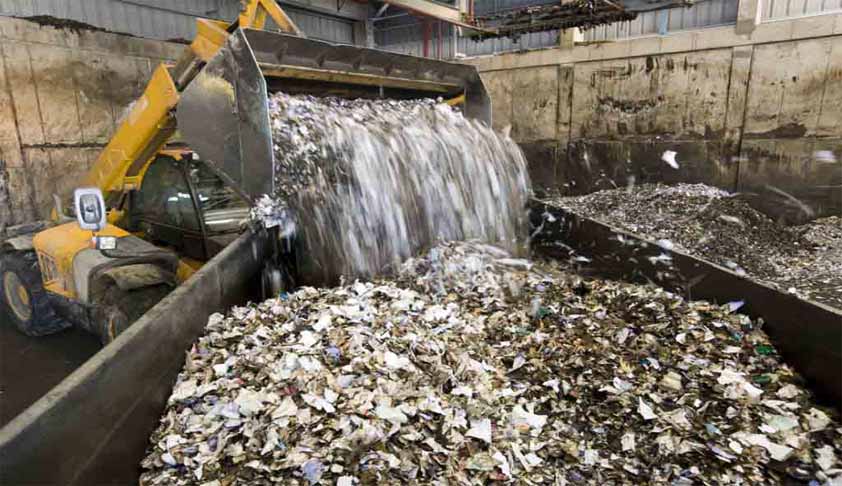 Mahatma Gandhi had famously said – “Sanitation is more important than independence”. When he remarked this, he was only underlining the immense priority he gave to cleanliness in civic life signifying his dream of total sanitation for all. His perception of cleanliness was more holistic in nature, where he strongly emphasized on physical well being and a healthy environment.Collection...

Mahatma Gandhi had famously said – “Sanitation is more important than independence”. When he remarked this, he was only underlining the immense priority he gave to cleanliness in civic life signifying his dream of total sanitation for all. His perception of cleanliness was more holistic in nature, where he strongly emphasized on physical well being and a healthy environment.

Collection of garbage annually in India is astronomical. India needs at least 1,240 hectares of land to fill the untreated solid waste per year. The required land could be larger than the Bengaluru city. India’s waste dilemma presents numerous social and environmental challenges for urban local bodies (ULBs), whose prerogative covers Municipal Solid Waste (MSW) management. Most noticeably, urban waste has significant effects on our health. Take, for instance, the apocalyptic scenes at the Ghazipur landfill site in Delhi, where waste burning is a major contributor to the air pollution crisis.

For the first time in the history of India, the year 2012 saw several public protests against improper solid waste management all across India – from the Jammu and Kashmir to Tamil Nadu. The waste management problems are unresolved and will lead to a crisis if this continues for long without any planning and policy reforms. To overcome this problem, a need to re-think the policy and legal framework for dealing with MSW was felt.

In India, initially there has not been much awareness about solid waste management and its hierarchy. Even today, only few portion of solid waste generated is disposed through proper treatment. The Municipal Solid Wastes (Management & Handling) Rules first enacted in 2000 was revised in 2016 to tackle the problem of waste growing exponentially. Despite the ‘Swachh Bharat Abhiyan programme’ being widely publicized, the situation continues to be grim.

To comprehend the same, the Tribunal in the case of Mrs. Almitra H. Patel and Anr vs. Union of India & Ors vide its order dt. 22.12.2016 has passed various directions for implementation of MSW Rules 2016. Many directions were issued including preparation of action plans, prosecution of the concerned authority in case of inaction, creating buffer zones around the plants and landfill sites etc.

Unfortunately, the Tribunal still faces frequent grievances against non – compliance of the statutory rules showing an utter failure on the part of the Municipal Bodies in performing their duties. While coercive measures like prosecution and fixing liability on the authorities for their failure is a different issue, the Tribunal considered it proper to have interactions with the stakeholders to evolve a mechanism for execution of orders passed by the Tribunal.

Even today in 2018, despite the guidelines issued in the Almitra case, we witness heaps of issues and multiple litigations lingering in the NGT. Some core issues are–

The NGT being a statutory body was established in 2010 with an expansive image of ensuring ‘Clean Environment as a Fundamental Right’ under Article 21. Upon, realizing the lacunas and the gravity of the issue, the NGT is now taking up the matter with utmost sincerity and urgency by gearing by its socio-legal tools. The two-fold task of NGT now is to understand the concerns and provide assistance through the objective assessment. A meeting was organised through CPCB (Central Pollution Control Board) wherein the experts (on the given subject matter) gave their presentations of successful models which could be adopted for MSW management for some places. To give effect to this herculean task, the NGT resorted to bringing all the stakeholders (potential or actual) on table through video conferencing effectuated by brainstorming sessions.

It was then decided that after the said models (Indore, Ambikapur, Goa, and Udipi) are circulated to States and Union Territories, an interaction must be conducted with them through video conference. The core of the meeting revolved around some crucial questions like – A comprehensive roadmap/Action Plan, The timelines for State-wise Action Plan, Budgetary support, Constraints in non-compliance of 2016 Rules and a Structured Monitoring System to ensure the goals of Swachch Bharat is being met out.

From the above meetings it was squeezed out that certain binding directions be issued by the Tribunal by forming Apex level, regional level and State Level Committees to oversee the steps taken for implementation of the rules and give a report to the NGT at the end of the quarter.

This exercise though exhaustive in nature brought before us few eye-opening pressed truths to life. Interactions showed that with a few exceptions, State and UTs are nowhere near compliance of the MSW Rules which date back to the year 2016 and even Action Plans have not been prepared in spite of the directions issued by the NGT. Accordingly, the Chairman CPCB, suggested that such Action Plans may now be submitted latest by 31.10.2018, after looking into the successful models which may be improvised as per the local needs. Since a straight jacket formula cannot be applied throughout the differing topography of India a detailed study in consultation with the Experts and the adoption of same as per their requirements is mandated at this juncture. Action Plans must be executed in the outer deadline of 31.12.2019 also; the same should be overseen by the Principal Secretaries of Urban Development and Rural Development with periodic monitoring at least once in three months.

Most of the States lack plans to deal with Solid wastes in rural areas and hilly terrains effectively and instead the waste generated is dumped or burnt haphazardly or thrown on hill slopes. The NGT is very particular, presently to target the most complex and the basic issue of ‘Legacy Waste’. Caping of waste directly without adhering to clause J of Schedule I of the Solid Waste Management Rules 2016 is a matter of grave concern, having regard to the serious pollution potential of legacy waste in the form of leachate and emissions of harmful gases if not treated scientifically, as bulk of the States have not resorted to Bio-mining.

One of the basic principles of a participatory Democracy is – ‘informed citizenry’, to ensure the same the NGT has devised the following mechanisms. Firstly, sharing and compilation of Best Practices at all levels, setting up of Control Room where Citizens can upload photos of garbage which may be looked into by an accountable person. Secondly, framing of guidelines for using CCTV cameras already installed or installation of new cameras wherever necessary, at dumping or other suitable sites. Thirdly, making garbage collection vans GPS enabled to monitor its regular collection and performance. Fourthly, the NGT has taken up the matter suo moto and passed an order proposing the setting up of three-tier monitoring systems, which would include Apex Monitoring Committees (AMCs), Regional Monitoring Committees (RMCs) & State Level Committees (SLCs) which would report directly to the Tribunal. Fourthly, the aggrieved persons could click pictures of the garbage spots and directly upload the same, whereby a direction to the concerned authority could be made.

Whether these initiatives will bear fruits or would die a silent death largely depends upon the citizen’s response and their will to change. The NGTs endeavour seems to be promising but would these actually see the light of the day, is a question that haunts our mind. These novel steps by NGT, if successful, would definitely be a giant leap both for the country and its citizens together and also the much debated Environmental Jurisprudence. With a hope for a better future, a commitment to contribute to “OUR COMMON FUTURE”, we need to patiently wait and see as to how things unfold.