"Somebody Has To Wake Up";SC Pulls Up Bihar Govt Over Muzaffarpur Shelter Home Rapes 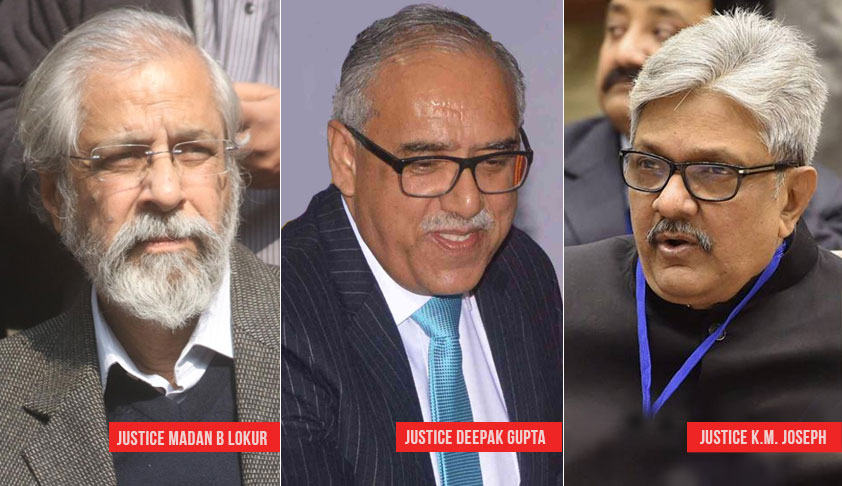 “What is going on in the country? In the year 2016 astonishing number of 38, 947 rapes were committed which means 106 rapes a day…every six hours somebody is raped…look somebody has to wake up.. these incidents must stop”, Justice Madan B Lokur

A bench of Justice Madan B Lokur, Justice Deepak Gupta and Justice KM Joseph was hearing the case wherein the SC had on August 2 taken suo motu cognizance of  the incident in the shelter home run by an NGO and issued notices to the Bihar government and the Union Ministry of Women and Child Development.

The Bench also restrained the print, electronic and social media from  publishing photos of victims of sexual abuse even in blurred or morphed form.

“Was the credentials of this NGO which runs the home-Seva Sankalp and Vikas Samiti been verified? If you are doling out funds to NGOs without verifying their credentials, it almost amounts to state involvement. It will appear that all their wrongdoings are state-sponsored. The state will have to take the responsibility”, the bench said today.

“What is going on in the country? In the year 2016 astonishing number of 38, 947 rapes were committed which means 106 rapes a day…every six hours somebody is raped…look somebody has to wake up.. these incidents must stop”, Justice Lokur said.

Amicus curiae Aparna Bhat and the lawyer appearing for a social organization Vrinda Grover submitted that the matter came to light after a social audit report of Tata Institute of Social Sciences (TISS) alleged that 42 girl inmates of the Muzaffarpur Balika Grih had allegedly been sexually assaulted.

The inmates were allegedly beaten up or drugged before being sexually abused.

One of the victims alleged that those who resisted rape were killed. A girl was beaten up and killed and her body was buried on the stay-home premises, she had alleged.

The girl inmates were shifted from Muzaffarpur to other homes. Medical tests confirmed that the girls had been raped.

At this juncture, the court inquired if regular social audits were being conducted vis-à-vis activities of the NGOs “Was social audit being conducted regularly? Have you taken action against NGOs? How many NGOs involved?”, the bench asked senior advocate Ranjit Kumar who appeared for the Bihar government.

He said all steps were being taken and one Brajesh Thakur who ran the NGO has since been arrested. He also said the government has already handed over the probe to the CBI.

The Bench, which is already seized of issues relating to jail and observation homes, had taken suo motu cognizance of the issue after receiving a letter from Patna highlighting the plight of girls in Muzaffarpur shelter home for destitutes where dozens of inmates were sedated and raped.