The Soumya Murder Case: The Supreme Court And The Causation Quagmire 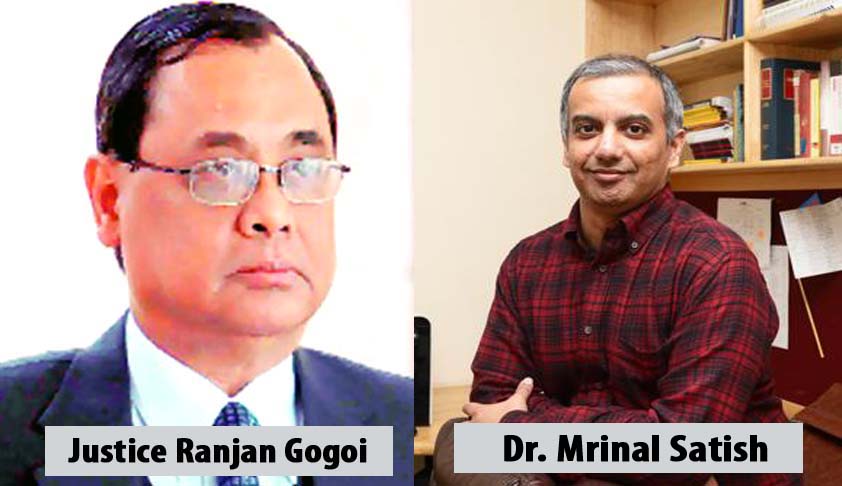 The Supreme Court deciding an appeal in the Soumya rape and murder case, acquitted the appellant, Govindaswamy of murder, and set aside the death sentence imposed on him by the trial court and the Kerala High Court. The judgment of the Court in Govindaswamy v. State of Kerala, has been a topic of intense discussion and debate over the last week. The State of Kerala is reportedly planning...

The Supreme Court deciding an appeal in the Soumya rape and murder case, acquitted the appellant, Govindaswamy of murder, and set aside the death sentence imposed on him by the trial court and the Kerala High Court. The judgment of the Court in Govindaswamy v. State of Kerala, has been a topic of intense discussion and debate over the last week. The State of Kerala is reportedly planning to file a review petition pointing out the legal errors in the judgment. Putting aside questions relating to the death penalty for the moment, in this post I argue that the Court erred in concluding that the appellant will not be liable for homicide if the victim jumped out of the train, and was not pushed out by the appellant. I do this by discussing principles of causation, which the court failed to do.

The relevant facts according to the prosecution were as follows: The deceased woman was travelling alone in the ladies’ compartment of a train. Noticing that the woman was alone, the appellant, Govindaswamy entered the compartment and attacked her, hitting her head repeatedly against the walls of the coach. He then pushed her out of the running train. The woman landed on the railway track, at a point where various tracks merged/crossed over, causing serious injuries to her. He then jumped out of the train himself, lifted the woman from where she had fallen, took her nearby and committed rape on her. The woman succumbed to her injuries five days later. Medical evidence indicated multiple injuries, of which the Supreme Court found two to be relevant. The first set of injuries, according to the doctor who conducted the post-mortem, could have been caused by repeatedly hitting the victim’s head against a flat hard surface. The doctor opined that these injuries were “sufficient to render the victim dazed and insensitive.” The second set of injuries, the doctor opined, were caused due to a fall from a height of 5-8 feet. He said that if a person, in a dazed state, were to fall onto the junction of railway tracks, serious injuries like those that the victim incurred could have been caused. In the doctor’s opinion, death was caused due to the “blunt injuries sustained to head (sic) as a result of blunt impact and fall and their complications, including aspiration of blood into air passages (during unprotected unconscious state following head trauma) resulting in anoxic brain damage.”

The Court (Paragraph 15 of the judgment) concluded that death was caused due to a combination of both sets of injuries noted above. It ruled that “the first vital fact is whether the accused is responsible for [injuries] which apparently were occasioned by the fall of the deceased from the running train.” The Court held that “unless the fall from the train can be ascribed to the accused on the basis of the cogent and reliable evidence, meaning thereby, that the accused had pushed the deceased out of the train and the possibility of the deceased herself jumping out of the train is ruled out, the liability of the accused for the said injury may not necessarily follow.” The Court relied on the testimony of two witnesses who were in the adjacent compartment of the train. They testified that a middle-aged man (who was not identified and did not testify) had told them that the victim had jumped out of the train. The Court held that there was doubt as to whether the woman jumped or was pushed out, and consequently, liability for the injuries sustained due to the fall cannot be attributed to Govindaswamy. The Supreme Court’s conclusion implies that if the victim were to have jumped from the train, in order to escape the brutal assault of the appellant, there would be a break in the chain of causation. Consequently, he would no longer be liable for the injuries that the victim sustained due to the fall. This is however an erroneous understanding of the law. I explain why below.

In a criminal case, the prosecution has to prove beyond reasonable doubt that the accused caused the actus reus. There are various tests to determine such causation, which are not relevant to the discussion here. However, when there are multiple causes that lead to a particular consequence, the issue of intervention becomes relevant. An event or another person may intervene once the initial act has been set into motion. A break in the chain of causation through an intervention occurs if another event takes place or there is another act by a third person (including the victim) which displaces the accused’s causal responsibility for the actus reus. This implies that the acts of the accused do not remain a significant cause of the consequence that ensues. When the responsibility of the accused is so displaced, a novus actus interveniens, or “break in the chain of causation” occurs. The question is whether there was a break in the chain in the Govindaswamy case.

Let us assume that the victim actually jumped out of the moving train to escape the attack of the accused. The appellant could argue that the causal chain that he had initiated when he pounded the face of the accused against the walls of the coach broke when the victim jumped out of the train and sustained serious injuries. He could argue that this is a case of the victim herself breaking the chain of causation. The general rule in relation to interventions by the victim is that the chain does not break if (a) the victim’s conduct is as a response to the accused’s acts and (b) the victim’s reaction was reasonably foreseeable. In this case, the victim’s conduct of jumping out of the moving train is certainly a response to the acts of the accused. Is it reasonably foreseeable? The evidence in the case (as noted by the Supreme Court) indicates that the train was moving at a slow speed since it was approaching the station. Faced with the prospect of rape and a possible murderous attack, would it be reasonable for the young woman to jump off the train to save her life? The question of whether the response is reasonable is determined on the basis of an “objective test” – whether a person placed in a similar situation would have so reacted. It is a fluid concept, and one could argue that the victim’s reaction in this case was disproportionate. A disproportionate response would lead to a break in the chain of causation. However, considering the situation that the victim was in – she was alone in the compartment with the accused, the other men on the train in the adjacent coach did nothing to stop the accused, that the train was not running at high speed – jumping off the train would possibly have seemed a logical step to ensure her safety. If one were to arrive at this conclusion, there would be no break in the chain of causation, the appellant would be responsible for both sets of injuries, and hence the acts required for a conviction under Section 302 or 304, as the case may be, would have been committed.

Also Read: Soumya Murder Case And The Law Of Homicide And Causation by Adv.John S Ralph.

There is sufficient case law to back such argument. British and American courts, have in multiple cases,  ruled on the issue of causation, where interventions by victims were not considered to break the causal chain. This includes cases where victims jumped off moving vehicles/buildings to save themselves from sexual assault at the hands of the accused. The courts have found the accused liable for the injuries that the victims incurred due to the fall, stating that there was no break in the chain, since the victim’s conduct was reasonably foreseeable. In ignoring crucial issues relating to causation, the Supreme Court not only erred, but also lost an opportunity to rule on the important issue of causation in criminal law.