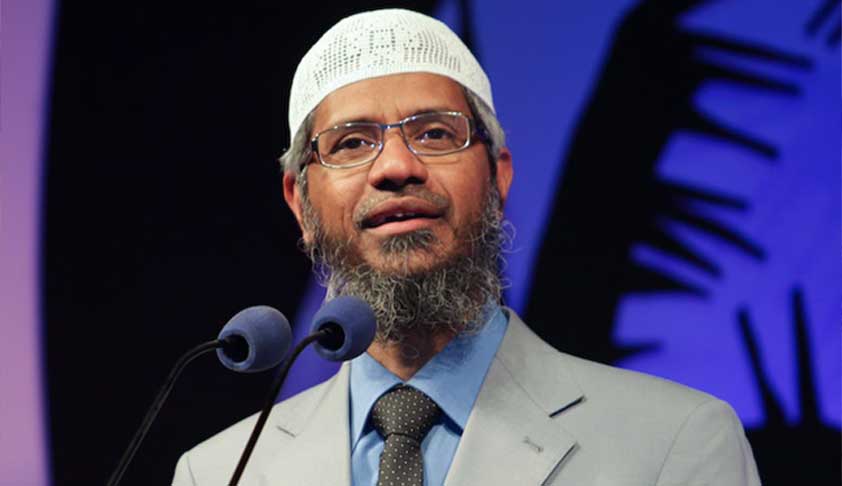 A Special PMLA Court today reserved its order on the application filed by the Enforcement Directorate seeking a Non-Bailable Warrant to be issued against Zakir Naik, President of Islamic Research Foundation (IRF) under Section 59(1)(b) of Prevention of Money Laundering Act 2002.

Appearing for ED, Hiten Venegavkar argued that four summons have already been issued against Naik for appearing personally before the court and the summons have been served to Zakir Naik’s brother and his attorney.

Venegavkar also placed Zakir Naik’s email on record wherein he acknowledged that summons had been received by him.

ED’s application states how the National Investigation Agency registered an FIR against Naik and others from the IRF, a day after Government of India declared IRF an unlawful association on November 17, 2016.

NIA is currently investigating charges under Section 153 A of IPC (Promoting enmity between different groups on grounds of religion, race, place of birth, language, etc.) and Sections 10, 13, 18 of the Unlawful Activities (Prevention) Act, 1967 against Zakir Naik and his associates.

ED’s application also states that “huge amounts of unaccounted for cash transactions without leaving any trail of its origin or utilization were conducted by Zakir Naik.”

Judge PR Bhavke of the Special Court designated under PMLA reserved the order for tomorrow after hearing ED’s counsel.