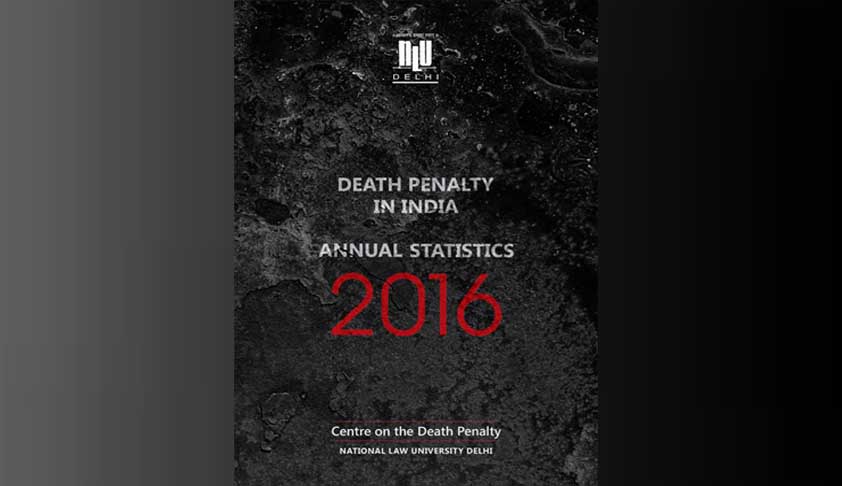 A considerable spike in death sentence cases was witnessed last year, as per the annual statistical report of the Centre for Death Penalty for 2016.The report reflected on the rising trajectory of death sentences, with 136 cases in sessions courts as compared to 70 in 2015.The report pointed out that despite the guidelines laid down by the Supreme Court cautioning against award of death...

A considerable spike in death sentence cases was witnessed last year, as per the annual statistical report of the Centre for Death Penalty for 2016.

The report reflected on the rising trajectory of death sentences, with 136 cases in sessions courts as compared to 70 in 2015.

The report pointed out that despite the guidelines laid down by the Supreme Court cautioning against award of death warrants with undue haste and without a hearing, secretly, or prematurely, five prisoners were sentenced to death by the sessions court before they had exhausted all legal options.

While the Supreme Court stayed these warrants for four of them, the High Court of Karnataka did the same in the case of BA Umesh in October.

The report further revealed that out of seven criminal appeals in death penalty cases that were decided by the Supreme Court in 2016, none were confirmed, which is a significant departure from 2015, when the Supreme Court considered the death sentences of nine prisoners and confirmed eight.

High courts commuted 44 cases as compared to 15 in the previous year and acquitted 14 prisoners compared to three acquittals in 2015.

The apex court acquitted three death row prisoners and commuted sentences of seven convicts. 71 such cases remain pending. Detailing on the cases of acquittal cases, the report pointed out the case of Dhal Singh, who was acquitted of all charges after having spent three years on death row.

In case of commutation, Justice Ranjan Gogoi, Justice Prafulla C Pant and Justice Uday Umesh Lalit invoked mitigating factors such as young age of the accused, no prior criminal history, conduct of the accused while in custody, socio-economic background, addiction to drugs, unclear role of the accused in commission of the crime, and circumstantial evidence. While in case of Tattu Lodhi, the court took the view that the facts of the case did not fall under the doctrine of ‘rarest of rare’ and therefore the death sentence was commuted to life imprisonment.

With 397 prisoners on death row as on December 31, 2016, the report presented a state-wise distribution of prisoners serving death sentence. The report stated that as per the available data, Uttar Pradesh topped the list with 70 people, and Maharashtra, a distant second at 47.

The President of India, in exercise of his powers of clemency under Article 72 of the Constitution of India, rejected the mercy petitions of six prisoners, and commuted the death sentence of one prisoner. In the order commuting Jeetendra Gehlot’s death sentence, the President stated that Gehlot would spend the rest of his natural life in prison.

The report also deliberated on the recent political developments having a bearing on status death penalty in the nation. While a private member’s Bill introduced by D Raja seeking abolition of death penalty was put to vote and rejected in Parliament, the Anti-Hijacking Bill passed by both Houses of Parliament in May 2016 introduced death penalty for perpetrators, where the offence results in death of those in hostage or security personnel and life imprisonment in all other cases.

At the state level, in October 2016, the Patna High Court quashed the Bihar Excise (Amendment) Bill, 2016, which provides death sentence for manufacturers and distributors of illicit liquor in case of liquor-related deaths.

This has now been stayed by the Supreme Court.

Reflecting political will, the report pointed out that Madhya Pradesh Chief Minister Shivraj Singh Chouhan asked for deliberations across the country for laws to be enacted that would allow imposition of capital punishment for rape and announced that the government would alter the law to make rape of minors punishable by death.

The Centre for Death Penalty hosted by the National Law University Delhi gathered comprehensive statistical data on death penalty in the country.

The report stated that given the lack of updated records, ineffective data reporting and management practices, barriers to accessing official data, accessing accurate and updated statistics on the use of the death penalty in India is an enormous challenge. Monitoring judgments, official data provided by some prison departments in state capitals, information received from some high courts, RTI applications and newspaper report, are the sources that were exploited to compile the data, as per the report.

Precluding any claims that the data is exhaustive, the report pointed out: “The fact that there exists no reliable data even on the number of executions carried out in independent India speaks to the opacity that surrounds the death penalty.”