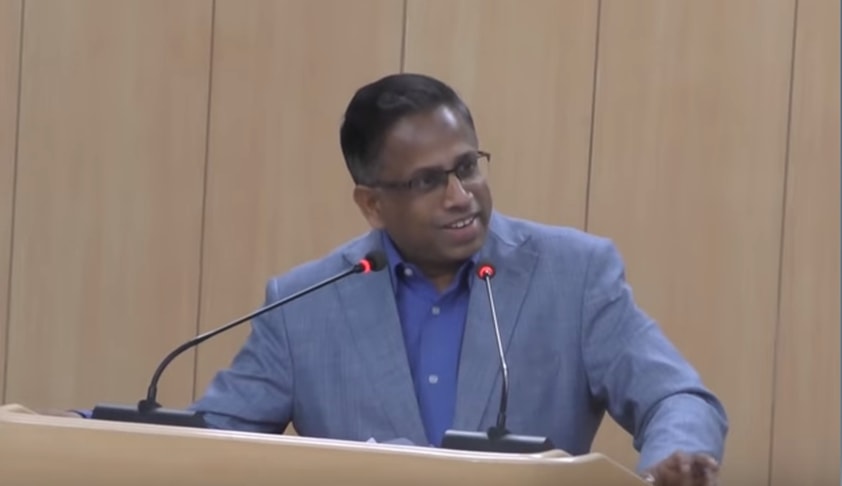 On 18 August, the NALSAR Lecture Series on Constitutionalism hosted KV Viswanathan, Senior Advocate practicing at the Supreme Court of India and former Additional Solicitor General of India. He took on the exciting dilemma pertaining to the discretionary powers of the President and the Governor and necessity for their regulation, invoking the examples of Goa and Karnataka while also using a...

On 18 August, the NALSAR Lecture Series on Constitutionalism hosted KV Viswanathan, Senior Advocate practicing at the Supreme Court of India and former Additional Solicitor General of India. He took on the exciting dilemma pertaining to the discretionary powers of the President and the Governor and necessity for their regulation, invoking the examples of Goa and Karnataka while also using a wide array of judgments, culling out the relevant paragraphs of the rulings that exactly dealt with the issue at hand.

He began the session by contextualizing the debate as well as raising important questions and distinctions, invoking Justice Krishna Iyer to show parallels with the Westminster system, much like comparing the Yamuna and the Thames. He spoke of how the invitation to form a government is the trigger but only one area where the Governor is called to use discretion. He highlighted several key questions such as whether President’s Rule follows as a necessary consequence of an existing government losing its majority or whether there exists an obligation to explore other options. He also clearly showed that the sphere of discretion was not confined to that of inviting parties to form the government but also in the legislative sphere, in terms of the Governor reserving bills from the President. He also distinguished the roles of the Governor and the President, the former being nominated by the latter, who herself is elected. He also shed light on the distinction between the consultation and the actual invitation to form a government where the Governor is obligated to invite the party which is likely to command a majority on the Floor of the House.

Viswanathan went on to tackle an issue at the heart of the tussle between discretion and aid and advice. He spoke of cases where laws are bypassed to perpetuate the same government, gerrymandering, recourse to the Attorney General also being bound by aid and advice of the council of ministers and conscientious Presidents resigning to create moral questions. He quoted Justice Seervai and Justice Lokur, using their opinions to show two possible stances—Justice Seervai’s extreme stance of the duty to protect the Constitution and its ideals even if it meant dismissing the government, and Justice Lokur’s more moderate stance, questioning who is to decide when an advice is unconstitutional. If the answer to this is the President, surely that meant increasing the very scope of her discretion.

The Senior Advocate then went on to demonstrate three aspects, floor tests, time allocated for the floor test and the assent to bills, comprehensively using both the cases of Goa and Karnataka, as well as case law to demonstrate how facts have played out and what judges have opined. He spoke of how in the pre-Shamsher Singh era, President Rajendra Prasad never sought the opinions of either MC Setlavad, then-Attorney General, or Sir Alladi Krishnaswamy Iyer. Both of these established jurists too, however, differed in their opinions, with the former being staunchly for the protection of constitutional machinery, allowing discretion when necessary, whereas the former thought it unconstitutional to not seek advice.

The lecture then focused on interpreting the Articles of the Constitution along with case law, along the statistics from Goa and Karnataka to stress on the need for a floor test, along with its timely administration, to avoid the horse-trading that would occur even in the existence of a strict anti-defection law. He poignantly noted how the anti-defection law was only enforced when convenient. He also traced the approach of the court to discretion, from BP Singhal, where Justice Ravindran held that the President could remove the Governor without assigning reasons to Bommai and Rameshwar Prasad to show that the same principles of discretion and floor tests applied to the situation, whether or not it was the case of an incoming government losing majority.

Mr. Viswanathan also used a comparative analysis, with the UK, in terms of the Queen seeking Winston Churchill and the Marquis’ advice as well as matters of not knowing who is to be appointed as second in command; and with Pakistan, showing how their aid and advice rested with the Prime Minister instead. He ended his informative and thought-provoking lecture by considering the need for guidelines and the Sakaria Commission report. He interpreted Article 163 of the Constitution, locating the possibility of guidelines in the phrase “untrammeled”. He distinguished his own stance from the extremes, saying that the least common denominator must be arrived at and excessive discretion must be regulated, along with the corollary being that discretion itself may be used only when necessary, as in the case of assent to bills where the Governor may only reserve the bill in case of patent unconscionability, evasion of fundamental rights, repugnant to union law, restriction on trade and commerce and gerrymandering.