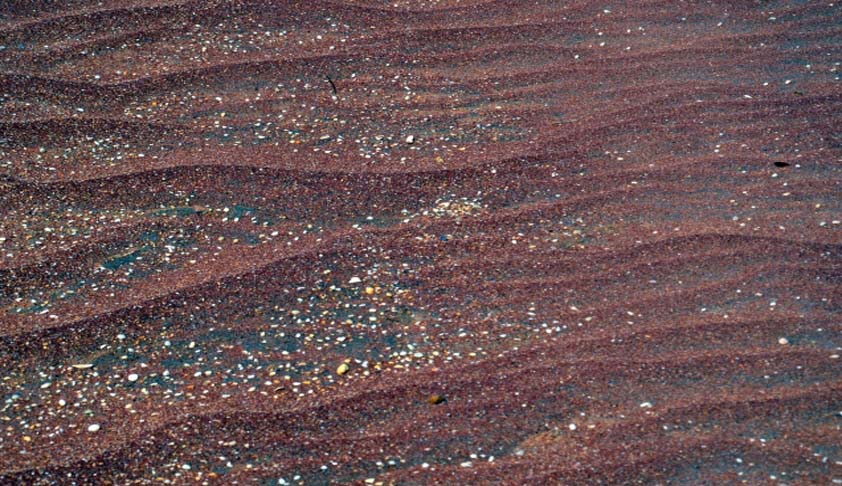 A Three Judge Bench of Supreme Court of India in State of Kerala Vs. M/S Kerala Rare Earth and Minerals Limited and Others, by a Majority of 2;1 has held that if the State Government proposes to reserve any Mining area for exploitation by the State owned corporation or company, it must resort to making of such reservation in terms of Section 17A of the Mines and Minerals (Development and Regulation) Act, 1957 with the approval of the Central Government and by a notification specifying boundaries of the area and mineral or minerals in respect of which such areas will be reserved. Chief Justice Thakur wrote the Majority Judgment supported by Justice Gopal Gowda and Justice Banumati dissented.

The Bench was examining whether Kerala Government was justified in declining the applications for grant of leases in favour of the M/S Kerala Rare Earth and Minerals Limited on the ground that the mineral wealth found in the coastal regions of the State was vested in the State Government and that it was in exercise of its right of ownership over the said deposits entitled to reserve in its own favour or in favour of State owned companies or corporations the right to exploit such deposits. The State Government, while declining applications for grant of lease, relied upon its own policy according to which the mineral deposits in question are reserved for exploitation by a State agency only.

By an order dated 15th September, 2004 the Government of Kerala sanctioned the grant of mining leases for Ilmenite, Rutile, Leucoxene, Zircon and Sillimanite (non-scheduled mineral) for a period of 20 years to M/S Kerala Rare Earth and Minerals Limited. The State Government by another order dated 25th September, 2004 stayed further action in the matter on the ground that a detailed study on the environmental impact of the proposed leases need be undertaken before taking any further steps. Later it is confirmed that the Government of Kerala did not consider it necessary to grant mining leases for mineral sand to private parties. After unsuccessfully challenged the orders before the Government, the Company had approached High Court of Kerala. By an order dated 21st February, 2013 passed by a Single Judge of High Court of Kerala, the Writ Petitions were allowed in part by the High Court inasmuch as the order passed by the State Government was quashed and the matter remitted back to the Government to pass orders in the light of the observations made by the High Court. Aggrieved by the order passed by the Single Judge, the State Government preferred Writ Appeals which were heard and dismissed by a Division Bench of High Court.

The Supreme Court has framed the following primary issues

(i) Whether the ownership in the mineral reserves is vested in the State Government; and

(ii) If it is, whether the Government has the right to decline leases on the ground that the minerals or the areas where the same are found have been reserved for exploitation by government companies or corporations.

The Majority Judgment re-iterated that once the Parliament declares it to be expedient in public interest to bring the regulation and development of mines and minerals under the control of the Union in public interest, the subject to the extent laid down by the Parliament comes within the exclusive domain of the Parliament and that any legislation by the State after such declaration that has the effect of trenching upon the field, must necessarily be unconstitutional.

The Respondent-Company argued that the State Government could not, on the basis of its own mineral policy, decline consideration to the applications filed by the respondents, when such policy was in conflict with the mineral policy of the Government of India.

The Court found that, for the minerals in question there was no reservation made in favour of any State owned corporation or agency. The Court also said that the State Government Policy, runs contrary to the National Mineral Policy, 2008 formulated by the Government of India, Ministry of Mines, in so far as it does not permit a mining lease in favour of any entity other than a State owned corporation or agency.

“There is no gainsaying that the State Government can reserve any area not already held under any prospecting licence or mining lease for undertaking prospecting or mining operations through a Government company or corporation owned or controlled by it, but, in terms of sub-Section(2) of Section 17A Mines and Minerals (Development and Regulation) Act, 1957 where the Government proposes to do so, it shall by notification in the official gazette specify the boundaries of such area and the mineral or minerals in respect of which such areas will be reserved.

Three distinct requirements emerge from Section 17A(2) for a valid reservation viz.:

(i) the reservation can only be with the approval of the Central Government and must confine to areas not already held under any prospecting licence or mining lease;

(ii) the reservation must be made by a notification in the official gazette; and

(iii) the notification must specify the boundaries of such areas and the mineral or minerals in respect of which such areas will be reserved”.

The Court found that that there is no approval of the Central Government nor is there a notification duly published in the official gazette specifying boundaries of the reserved area and mineral or minerals in respect of which such area will be or has been reserved.

“While the State Government is the owner of the mineral deposits in the lands which vest in the Government as is the position in the case at hand, the Parliament has by reason of the declaration made in Section 2 of the 1957 Act acquired complete dominion over the legislative field covered by the said legislation. The Act does not denude the State of the ownership of the minerals situate within its territories but there is no manner of doubt that it regulates to the extent set out in the provisions of the Act the development of mines and minerals in the country. It follows that if the State Government proposes to reserve any area for exploitation by the State owned corporation or company, it must resort to making of such reservation in terms of Section 17A with the approval of the Central Government and by a notification specifying boundaries of the area and mineral or minerals in respect of which such areas will be reserved. Inasmuch as the State Government have not so far issued any notification in terms of Section 17A, the Industrial Policy – 2007 of the Kerala State Government does not have the effect of making a valid reservation within the comprehension of Section 17A” said the Bench.

The majority also made it clear that the dismissal of this appeal shall not prevent the State from invoking its right under Section 17(A)(2) of Mines and Minerals (Development and Regulation) Act, 1957 by issuing notification in respect of the mineral deposits in question.

Justice Banumati, while allowing the Appeal it is held that State of Kerala has the legislative competence to take the policy decision reserving the area for exploitation of minerals by the public sector undertakings and the said policy cannot be said to be dehors the MMDR Act 1957 and MC Rules.

In February 2015 Justice Banumati had dissented from Justice Thakur’s majority Judgment [with Justice A.K.Goel] relating to the issue of Transfer of case from one trial court to other based on complainant’s apprehensions.

You can also read the article ‘Dissenting Opinions of Judges in the Supreme Court of India’ here.