Stay Of Conviction By Appellate Court Will Remove The Disqualification Of Mps And MLAs U/S 8 Of RP Act: SC [Read Judgment] 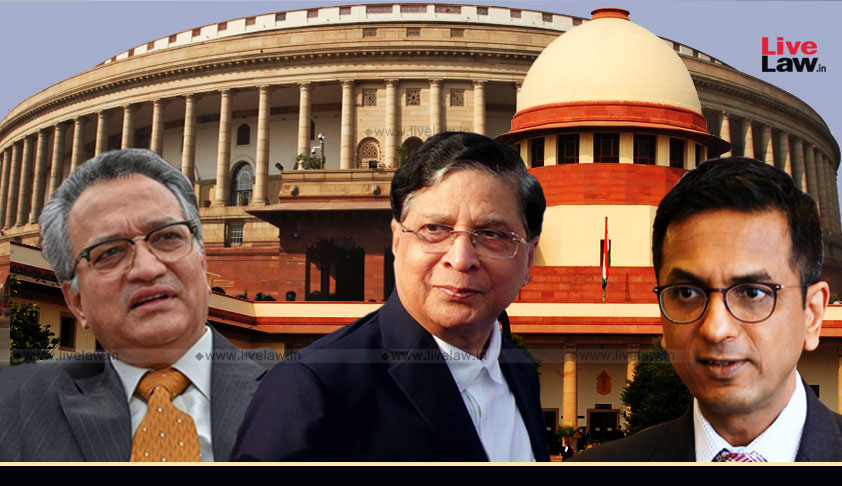 The Supreme Court on Wednesday affirmed that once the conviction of an MP or MLA has been stayed by the appellate court under section 389 of the Cr. P. C., the disqualification under sub-sections 1, 2 and 3 of Section 8 of the Representation of the People’s Act, 1951 will not operate.

The judgment was rendered by the bench of Chief Justice Dipak Misra, Justice D. Y. Chandrachud and Justice A. M. Khanwilkar on a PIL by NGO Lok Prahari seeking a declaration that since the law does not provide for a stay of conviction, even in the case it is so stayed by the appellate court for an offence attracting disqualification under Section 8 of RPA, any such stay order does not have the effect of wiping out the disqualification and reviving the membership with retrospective effect and consequently, the seat of the concerned member is deemed to have become vacant with effect from the date of conviction in terms of Article 101(3)(a) and 190(3)(a) of the Constitution.

It may be noted that the said Section 389 empowers the appellate court, pending an appeal by a convicted person and for reasons to be recorded in writing to order that the execution of a sentence or order appealed against, be suspended.

In the decision authored by himself, Justice Chandrachud had placed reliance on Ravikant S. Patil v. Sarvabhouma S. Bagali (2006) and Lily Thomas v. UOI (2013) on the effect of an order of an appellate court staying a conviction pending the appeal.

The apex court has also clarified that there is no merit in the submission that the power conferred on the appellate court under Section 389 does not include the power, in an appropriate case, to stay the conviction- “Clearly, the appellate court does possess such a power.