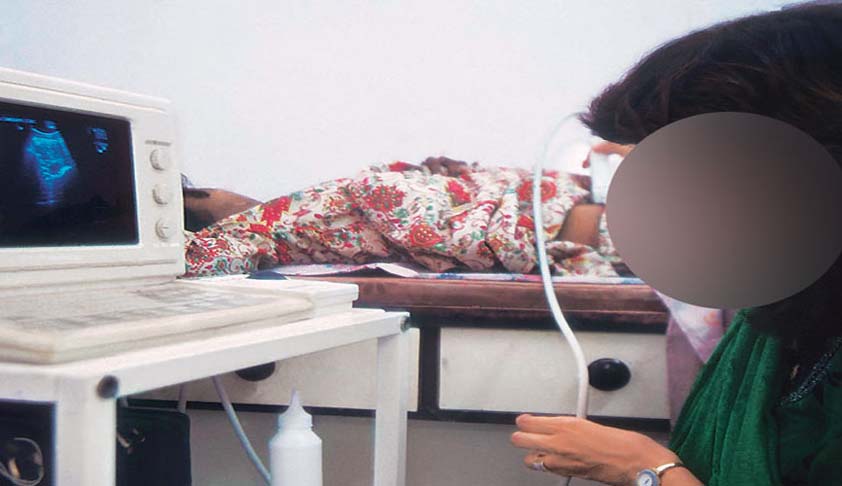 Members of the Supreme Court-appointed National Inspection and Monitoring Committee has told the apex court that only strict curbs and regulation in the working of doctors, diagnostic centres and hospitals will help curb the menace of female foeticide across the country, which is more rampant in north India states.

According to the latest estimates, five lakh female foetuses are aborted annually. UNICEF, in a recent report, said that India has lost over one crore girls since 2007. Eighty per cent districts in India have recorded an increasingly askew sex ratio since 1991, the report said.

Expressing serious concern over the skewed sex ratio in the country, NIMC members Sabu Mathew George and Varsha Deshpande submitted a series of suggestions to a bench of justice Dipak Misra and justice NV Ramana to be considered by states. The bench asked all the states to respond to the suggestions.

The court had earlier said that failure to keep a check on doctors was the chief reason why female foeticide continued rampantly despite a ban being imposed two decades ago.

"These are issues regarding implementation of the court order. The states may file their replies to the suggestions by March 15," said the bench. The court has asked about the status of implementation of the Pre-conception and Pre-natal Diagnostic Techniques (Prohibition of Sex Selection) Act of 1994, which banned sex determination of foetus and prescribed errant doctors be punished.

"On framing of charges against a doctor for violation, the license of the doctor should be suspended and on conviction he should be banned for five years from the profession," said a suggestion.

"In spite of charges being framed, the cases are not reported by the appropriate authority to the State Medical Council (SMC). Even when a case is reported the SMC instead of suspending the license immediately proceeds with hearings, which are not in accordance with the provisions of the Act," it said.

"The focus of the implementation of the Act has regrettably been confined to the technique of ultrasonography. With the amendment of the Act in 2002, newer medical techniques that may lead to discrimination against the girl child were also brought under the purview of the Act," said the NIMC members.

"The focus of the implementation of the Act has regrettably been confined to the technique of ultrasonography. With the amendment of the Act in 2002, newer medical techniques that may lead to discrimination against the girl child were also brought under the purview of the Act", it said.

The court was hearing a 2006 PIL filed by NGO Voluntary Health Association of Punjab. The PIL was filed following the discovery of a large number of female foetuses in a well at a doctor's house in Punjab.

MAIN POINTS
1.    On framing of charges, registration of the accused doctor should be suspended
2.    A five year ban from practice if convicted
3.   Banks and financial institutions shall not give loans to buy sonography machines only after verifying a clinic's legality under PCPNDT Act.
4.    A hospital shall not outsource radiological services to a 3rd party which is not registered
5.  Implementation of the Act should not be merely confined to ultrasonography as there are new medical techniques for sex determination