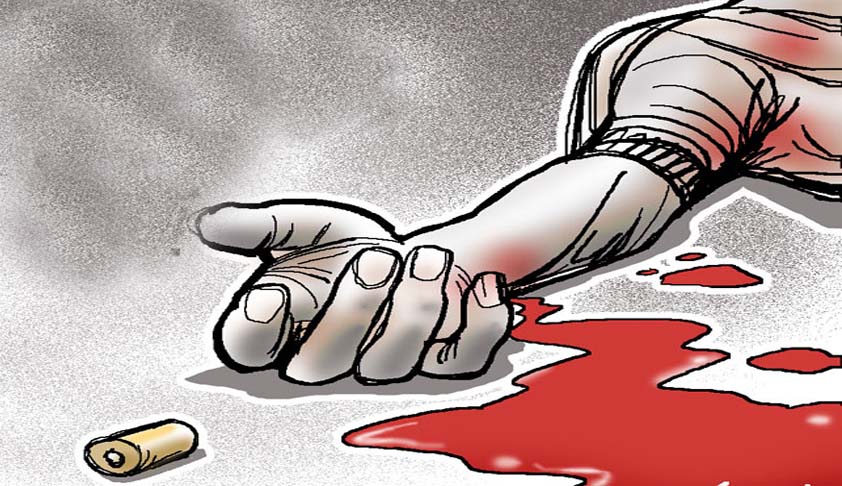 Earlier this year, 17 Uttarakhand police officers were awarded life imprisonment in the fake encounter of Ranbir Singh, 22 year old MBA graduate in a jungle near Dehradun, in 2009. Read the Live Law story here.Also this year, the Supreme Court of India, issued 16 Guidelines to be followed in the matters of investigating police encounters in the cases of death as the standard procedure...

Earlier this year, 17 Uttarakhand police officers were awarded life imprisonment in the fake encounter of Ranbir Singh, 22 year old MBA graduate in a jungle near Dehradun, in 2009. Read the Live Law story here.

Also this year, the Supreme Court of India, issued 16 Guidelines to be followed in the matters of investigating police encounters in the cases of death as the standard procedure for thorough, effective and independent investigation. Read the Live Law story here

In the recent court martial in the Machil fake encounter case, the Armyconvicted five soldiers for shooting and killing three men in a ‘fake encounter’ Machil, Jammu and Kashmir, in 2010. The court-martial sentenced the soldiers to life imprisonment.  This decision comes as a surprise to many especially as earlier this year the Pathribal fake encounter case was closed by the Army stating the evidence recorded could not establish prima facie charges against any of the five accused persons.

The debate regarding sanction for prosecution of officers who were operating under the Armed Forces Special Powers Act (AFSPA) was finally put to rest by the Supreme Court in the case of General Officer Commanding (Army) vs. CBI. The CBI hadargued that no prior sanction was required for prosecuting the Army personnel and the need to ensure "public confidence in the rule of law and dispensation of justice" warrants their prosecution. But lawyers appearing for the Army officers disagreed.

The Defence Ministry and CBI differed on the issue of immunity enjoyed by the Army under the controversialAFSPA. In 2012 the Supreme Court of India, upholding an important part of the AFSPA, said that the prosecution of army officers in states where AFSPA applies, like Assam and Kashmir has to be sanctioned by the government.

It must be noted that Army officers can be tried either before criminal courts or through court-martial (as prescribed under Sections 125 of the Army Act, 1950).  There is no need for sanction for a court martial. However sanction is required before regular criminal courts. Further, sanction is only required if the act was done in the course of powers conferred under the Act and only only at the time of taking cognizance. Sanction is not required for investigation.

On April 30, 2010, the Army said it had killed three infiltrators in the Machil sector and claimed that they were Pakistani terrorists. The three men who were killed were later identified as Shahzad Ahmad Khan, Riyaz Ahmad Lone and Muhammad Shafi Lone, all residents of Nadihal in Baramulla district. Their families alleged that the Army lured them to a border area on the pretext of giving them jobs but later killed them and claimed they were terrorists.

In July 2010, the Jammu and Kashmir police filed a chargesheet against Col Pathania, Major Upinder and seven others in the court of the Chief Judicial Magistrate of Sopore.

"A very detailed and exhaustive enquiry was conducted with the assistance of state police and judicial department to summon witnesses, record evidence and establish culpability of the accused personnel," the army spokesperson said.

The Court Martial was ordered against the accused in the second week of December, 2013 after a Court of Inquiry submitted its final report. Army has stated that the inquiry officer has ascertained the role of the accused soldiers and ordered Court Martial against them.

All of them were charged under sections 302 (murder), 364 (abduction), 120-B (criminal conspiracy) and 34 (common intent) of the Ranbir Penal Code (RPC) for conspiring and kidnapping three youths from NadihalBaramulla on the pretext of giving them jobs and later killing them in Machil on the LoC in Kupwara, claiming they were militants.

The Machil fake encounter case has been a bit unique in how it has been dealt with compared to several other similar cases in Jammu and Kashmir where civilians were found to have been killed by State forces. With regard to other similar cases there have, just like the Machil case, been public protests after the killings, political leadership has promised justice and civilian courts have found concrete evidence to refute claims that those killed were militants. So what was different with the Machil encounter case?

Firstly the army’s court of inquiry came to the same conclusion as that of the investigation of the police. This did not happen in the Pathribal encounter case, where the allegations against armymen were dismissed as unsubstantiated earlier this year by the army. Contrarily, a swift court martial of the accused in the Machil encounter case started in 2013, and the award of life sentence to the five army personnel of 4 Rajputana Rifles in 2014 is a consequence of this — an internal judicial process of the army that has reached a logical conclusion.

This conclusion is alleged to have been reached two months ago. The disclosure of the order undoubtedly creates a positive atmosphere in Kashmir. However the timing is prior to the assembly elections later this month. Rumors are that this is merely a political decision at an opportunistic time. However, these speculations cannot take away the contribution of the Machil fake encounter case that the cover of the AFSPA can no longer give impenetrable immunity to State forces. Hopefully judgments like Machilwill become less of an exception and more a norm to curb fake encounters.