The Struggle In Getting A High Court Established At Puducherry 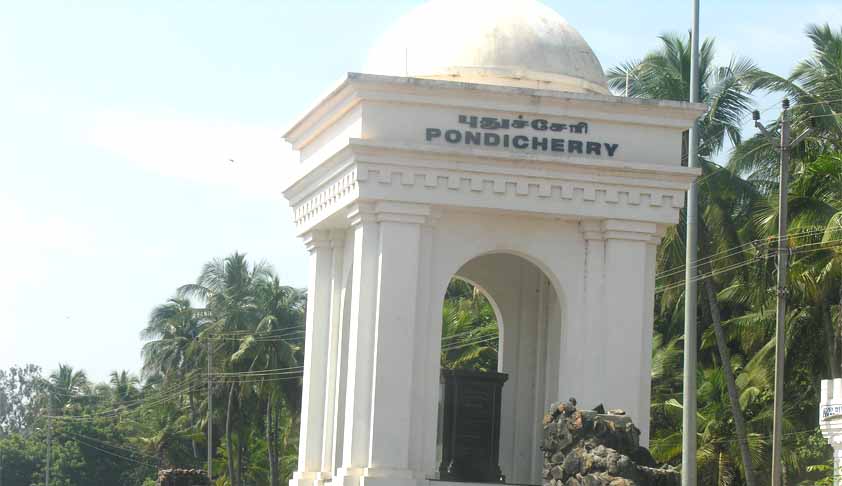 In the first week of April, 2017, reports had crept in that a delegation of All India Bar Association met Pondicherry Chief Minister, Mr. V. Narayanasamy with a proposal to constitute a High Court at Pondicherry. The memorandum submitted by the delegation requested the Chief Minister to pass a unanimous resolution in the territorial assembly seeking a High Court at Puducherry and forward the...

In the first week of April, 2017, reports had crept in that a delegation of All India Bar Association met Pondicherry Chief Minister, Mr. V. Narayanasamy with a proposal to constitute a High Court at Pondicherry. The memorandum submitted by the delegation requested the Chief Minister to pass a unanimous resolution in the territorial assembly seeking a High Court at Puducherry and forward the same to the President of India, the Prime Minister and the Chief Justice of India so that the Government of India understands the importance and the urgency in the issue.

After about a week, on 15th of April, 2017 the Chief Minister met the reporters on variety of issues and the least he informed about the AIBA representation is about his inclination to seek a ‘bench of the Madras High Court’ for Puducherry.

For a few years now, I have tried to convince many politicians and bureaucrats to establish a High Court in Puducherry. In 2010, and even earlier, others such as the Pondicherry Bar Association have tried.

During my college days in 2011, I was researching the ‘Impact of Poverty on Labour Litigants at Pondicherry’. I found that several poor labour litigants were suffering because of a lack of High Court for Puducherry. This included litigation expenses, travel expenses, inaccessibility to the advocates, among many other things.

Based on my findings, I petitioned Mr. Narayanasamy, who was then the Member of Parliament, to establish a High Court. I had to answer a number of his questions about the constitutional and demographic feasibility of setting up the proposed High Court in the form of a detailed report.

But by the time I finalized my report, Mr. Narayanasamy had lost the Parliamentary election in 2014. (I had to fight a legal battle for 2 years before the Goa State Information Commission to get some of the information from one of the authorities.)

Given the peculiar geography, history, culture and political status of the Union Territory of Puducherry, it faces the problem of improper institutionalization, or an absence of institutions. This has impeded the citizens of Puducherry from enjoying several rights which they would have otherwise cherished.

Puducherry was merged with the Republic of India as a Union Territory on the 16th of August 1962. Soon after, the Constitution of India came into force and the territory had to be kept under the jurisdiction of a High Court. The jurisdiction of the High Court of Madras was then extended to Puducherry.

Puducherry is the only Union Territory with special status of having a legislature and executive under Article 239A of the Constitution of India. The rest of them have attained statehood. Whenever a proposal demanding statehood for Puducherry is sent to the Parliament and the Government of India, demand for a separate High Court form part of it.

In 2014, while inaugurating one phase of the Combined Court complex at Puducherry, the Chief Justice of the Madras High Court turned down Chief Minister Rangasamy’s request for setting up a High Court for Puducherry. He said that Puducherry was just a Union Territory and that it had a small population and a tiny territory.

But contrary to these apprehensions, setting up the proposed High Court should be considered because:

The number of cases filed and disposed of at Puducherry is almost 4 times higher than the other 3 states combined. If High Courts in the States of Sikkim, Manipur and Goa can function efficiently, the proposed High Court of Puducherry can certainly function with more efficiency and viability. The size of population and territory is irrelevant. Bigger States have more Judges and staff, smaller States don't have as many.

Even the statistics shown by the AIBA in its memorandum submitted to Mr. Narayansamy suggest the same.

In fact, according to Article 231(2)(c) of the Constitution when a common High Court is established for more than one State, administrative expenses have to be paid only by the ‘State’ in which the principal seat of the High Court is situated. When this was issued by a PIL activist R. Sreedhar before the High Court of Madras, the Court simply dismissed the same without even admitting the case.

If a High Court is established at Puducherry, not only would this expense be less than halved, it would then be payable by the Government of India by virtue of the above said provision.

By a letter dated 30th March 2016 [ reference: No.K.11018//2016-US.I(Pt.)] from the Department of Justice, Govt of India informed me that Govt of PY has an equal role to play in setting up a High Court of Puducherry and that they have not received any such proposal from the territorial Government suggesting that the issue will be taken up if such proposal is made.

Similarly, by a letter dated 4th July 2016, the Deputy Secretary to the PY govt informed the law Secretary of PY that the Ministry of Home Affairs, Government of India has forwarded my petition seeking a High Court at Puducherry for appropriate action. However, nothing has been done so far.

The least that has been harped upon by the Chief Minister and his colleagues is of getting a bench of the Madras High Court which is unlikely and unfavourable to Puducherry because:

Public expenditure will be reduced and there will be more social benefit if there is a proposed High Court for Puducherry. But all of this is irrelevant to the political class.

Nirmalkumar Mohandoss is an Advocate practising in High Court of Madras.