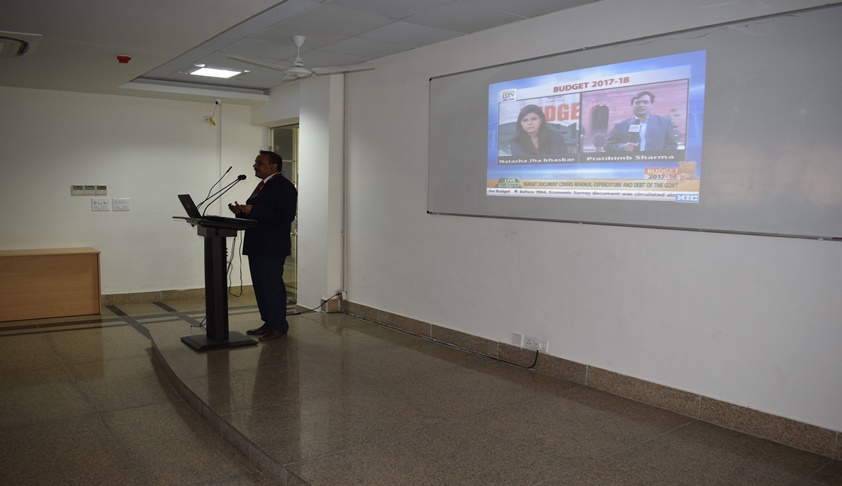 The prelude to this was a seminar on Pre Budgets held on 24th of January 2017. The session started with a speech of Mr. Rajiv Gupta (Assistant Professor, Finance) who highlighted the key points which students should concentrate specifically to understand the Budget-2017 well and connect them with their curriculum especially with subjects like Tax Economics. He discussed the reason for presenting the budget on 1st February instead of March this year.

This set the ground for expectation of students from the budget as they prepared themselves and listened attentively to the presentation of the budget. Students’ enthusiasm for watching the speech was at a higher note since they were trying to evaluate the outcome of speech with their expectation as discussed earlier during pre-budget round table conference held on Tuesday, 24th January, 2017

Following key points were noted by students while listening to the Live Budget-2017 :

Expression, gesture of students made a spectacular environment and the faculty members present along with the students at the hall appreciated the healthy atmosphere created therein.

After the live event a question hour session was held with the students for clarifying the doubts of students and help them understand budget which was of great learning as per the feedback received form students after the session.