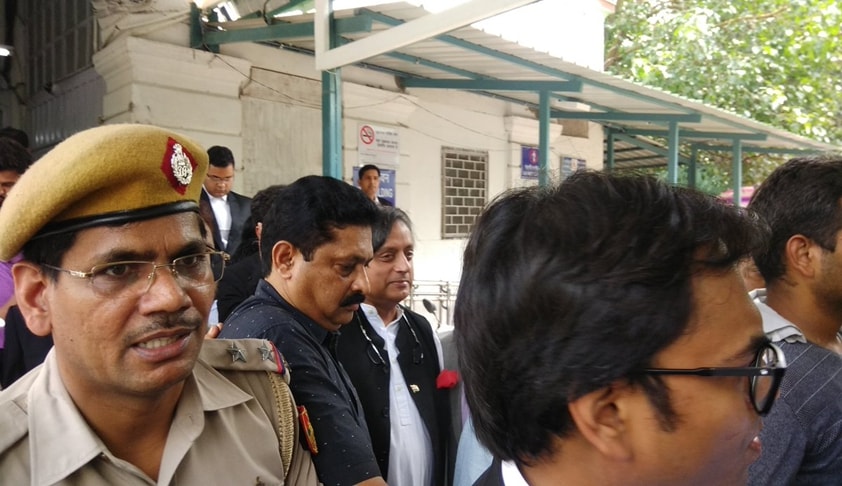 Congress leader Shashi Tharoor was on Saturday granted regular bail by a Delhi court in the Sunanda Pushkar death case in view of the anticipatory bail granted to him by a sessions court earlier this week.

Tharoor appeared before the court of Additional Chief Metropolitan Magistrate (ACMM) Samar Vishal in compliance with the summons issued to him as an accused booked for abetting the suicide of Sunanda Pushkar and subjecting her to cruelty.

Tharoor appeared before the ACMM and informed him that he has already been granted anticipatory bail by the sessions court following which he was granted regular bail on furnishing a bail bond of Rs 1 lakh and one surety of like amount.

The court also directed that Tharoor be supplied a copy of the charge sheet and related documents and posted the matter for July 26 for scrutiny of documents.

His counsel said Swamy has no locus in the case and said he would file a written reply to Swamy’s application.

The court asked Swamy to supply a copy of his application to Tharoor to enable him to file his response.

Swamy later told the media that he wants to assist the police to ensure justice is done and that the case is not botched up.

Tharoor has been booked under sections 498A (husband or his relative subjecting a woman to cruelty) and 306 (abetment of suicide) of the Indian Penal Code.

His wife Sunanda Pushkar was found dead in a suite in Leela Hotel in South Delhi on January 17, 2014.

While granting him anticipatory bail, the sessions court had noted that the police had never alleged that Tharoor had tried to flee from justice while also noting that besides being an MP, Tharoor had also served as the Minister of State for External Affairs.