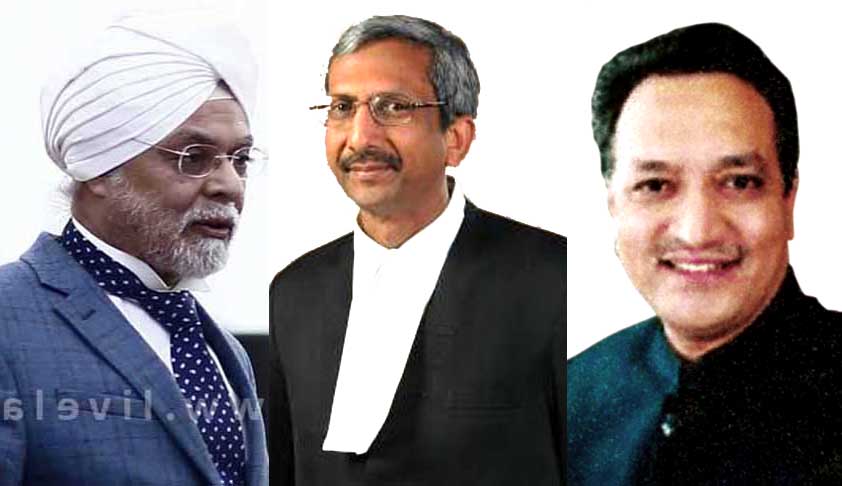 Taking cognizance on a letter issued by Law Ministry to Secretary General of Supreme Court, a three Judge Bench of Supreme Court of India has issued notice in a suo motu PIL to state governments seeking their response on Central Selection Mechanism for Subordinate judiciary to make selections to the subordinate judiciary across the Country.After hearing the Solicitor General Ranjit Kumar,...

During the hearing, CJI clarified that this “endeavour is not to touch the federal Structure. We are not taking away anything from states. Whichever state has any suggestion or objection, they can file the reply on or before June 30".

"It is the central agency which is to hold the examination for all the states so that the vacancies will be filled up quickly.A large number of vacancies are there at the lower stage. We propose to crystallize the process to fill the vacancies. Every year the strength has been increased but some states remain silent for long as a result the vacancies are multiplying. With this, possibility of filling the vacancies in subordinate judiciary is more".

Referring to the joint initiative of Supreme Court and Central government, he explained that there will be common test and unified nomenclature to be followed by all the states.

Solicitor General of India Ranjit Kumar submitted all the states have been served with the notice from Supreme Court Registry and Union of India will consult the states.

The suo motu PIL has been initiated on the basis of a letter written by Secretary of the Law Ministry's Department of Justice, Ms. Snehlata Shrivastava to Mr. Ravindra Maithani, Secretary General of the Supreme Court.

The letter makes reference to the discussions held in the Supreme Court during a meeting presided over by Justice A.K. Goel earlier last month. The meeting, which had seen attendance from the members of the Judiciary and the Government, explored areas of judicial reforms for speedy justice.

Among the various topics discussed at the meeting, the letter states that the timely filling up of vacancies in the subordinate judiciary was highlighted as an area of concern. It was then that the idea of introduction of an alternative method of recruitment, such as the creation of a Central Selection Mechanism was put forth.

It was suggested that the Selection Committee can be constituted under the Chairmanship of the Chief Justice of India and his nominee, along with representatives from the High Courts and other experts.

Acknowledging the discussions held during the meeting, Ms. Shrivastava then suggests the following options for creation and operation of the Selection Mechanism:

Ms. Shrivastava’s further ensures the Court that the Government “welcomes the idea and would support the initiative as required for its speedy implementation.”

Read the Order and Letter here.