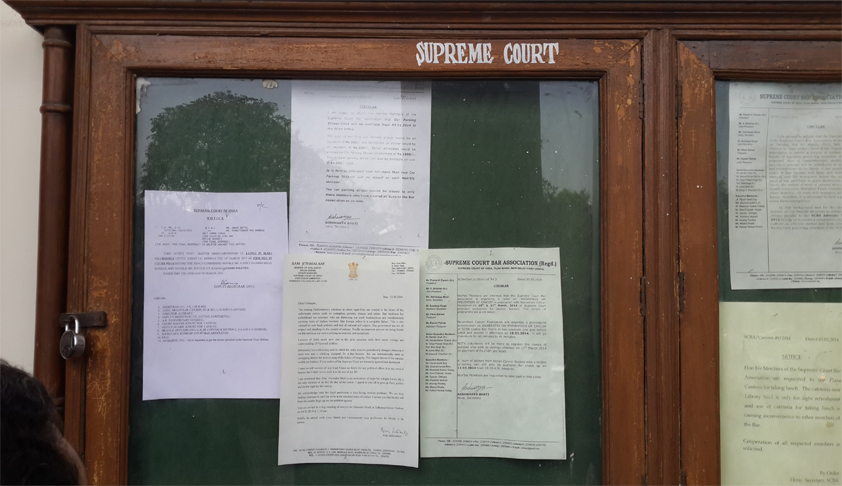 Lawyers in the Supreme Court are highly critical about Supreme Court Bar Association (SCBA) for their proactive action of permitting Ram Jethmalani to use its notice board for Narendra Modi campaign. Lawyers say that it is unheard and unprecedented. The controversial letter issued by Ram Jethmalani, on his letter head as Rajyasabha Member has already invited much criticism from the general public, but SCBA has gone one step ahead by displaying the letter eulogizing  Narendra Modi , prominently on its Notice Board.  It has been a practice followed by Supreme Court Bar Association to display the notices of various organizations, irrespective of their political affiliation, if they are related to seminars or symposiums about law or matters connected to law. Departing from the practice, for the first time in the history of Bar Association, it has permitted its official space to be used for political campaign. Though in the letter Sri Jethmalani has appealed to give up party politics, the wordings of the letter is interesting and gives out an impression that Mr Jethmalani himself doubts about his intentions.

The letter reads “I have no self interest of any kind. I have no desire for any political office. It is my word of honour that I shall never seek it in the rest of my life”. He goes on further stating that Narendra Modi is the only solution of all the ills that ail the nation.