Supreme Court correcting itself? Supreme Court will re-hear the 2009 Death Appeal decided on the basis of a wrong precedent. 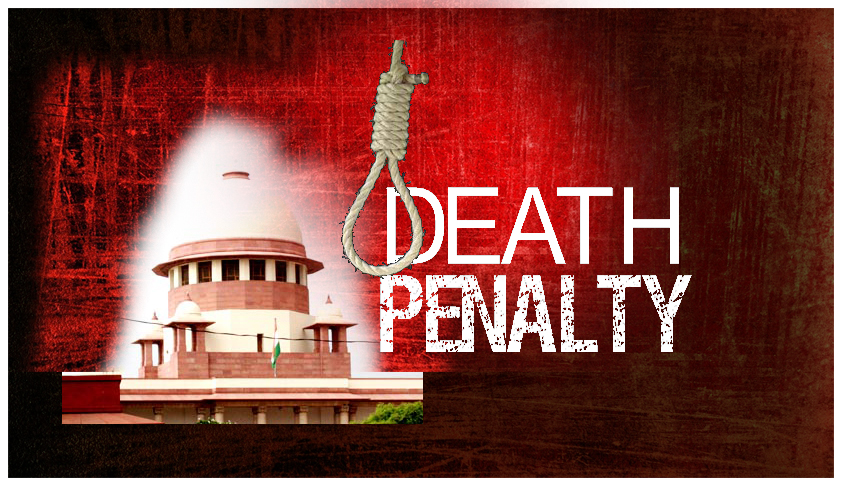 Finally Supreme Court of India has started its effort to rectify a grave error committed by some of its earlier benches in the interpretation of the doctrine of “rarest of rare”. A Bench of Justices A.K. Patnaik and Ibrahim Kalifulla admitted the petitions filed by Ankush Maruti Shinde and others, accepting the arguments of Senior Advocate Soli Sorabjee that the case –‘Ankush...

Finally Supreme Court of India has started its effort to rectify a grave error committed by some of its earlier benches in the interpretation of the doctrine of “rarest of rare”. A Bench of Justices A.K. Patnaik and Ibrahim Kalifulla admitted the petitions filed by Ankush Maruti Shinde and others, accepting the arguments of Senior Advocate Soli Sorabjee that the case –‘Ankush Maruti Shinde & Ors. vs State Of Maharashtra’ was decided relying on a wrong precedent- Ravji alias Ram Chandra v. State of Rajasthan [(1996) 2 SCC 175].

Of the six accused, three were awarded life sentence by the High Court while for the remaining three, the death sentence was confirmed. The accused were found to have committed five murders and had raped a lady (who survived) and a child of 15 years of age (who died). Supreme Court awarded the death penalty to all the six accused. Supreme Court found the crime to be cruel and diabolic; the collective conscience of the community was shocked; the victims were of a tender age and defenseless; the victims had no animosity towards the accused and the attack against them was unprovoked. Considering these factors, a Bench of Arijit Pasayat.J and Mukundakam Sharma.J  awarded the death penalty to all the accused .

In Para-22 of the impugned Judgment it is held as follows;

“Similar view has also been expressed in Ravji v. State of Rajasthan, (1996 (2) SCC 175). It has been held in the said case that it is the nature and gravity of the crime but not the criminal, which are germane for consideration of appropriate punishment in a criminal trial. The Court will be failing in its duty if appropriate punishment is not awarded for a crime which has been committed not only against the individual victim but also against the society to which the criminal and victim belong. The punishment to be awarded for a crime must not be irrelevant but it should conform to and be consistent with the atrocity and brutality with which the crime has been perpetrated, the enormity of the crime warranting public abhorrence and it should respond to the society's cry for justice against the criminal. If for extremely heinous crime of murder perpetrated in a very brutal manner without any provocation, most deterrent punishment is not given, the case of deterrent punishment will lose its relevance”.

“The murders were not only cruel, brutal but were diabolic. The High Court has held that those who were guilty of rape and murder deserve death sentence, while those who were convicted for murder only were to be awarded life sentence. The High Court noted that the whole incident is extremely revolting, it shocks the collective conscience of the community and the aggravating circumstances have outweighed the mitigating circumstances in the case of accused persons 1, 2 and 4; but held that in the case of others it was to be altered to life sentence.

“The High Court itself noticed that five members of a family were brutally murdered, they were not known to the accused and there was no animosity towards them. Four of the witnesses were of tender age, they were defenceless and the attack was without any provocation. Some of them were so young that they could not resist any attack by the accused. A minor girl of about fifteen years was dragged to the open field, gang-raped and done to death.

It was in the landmark judgment -Santosh Kumar Satishbhushan Bariyar v. State of Maharashtra [(2009) 6 SCC 498], Justice S.B.Sinha pointed out that Ravji's case and the six subsequent cases in which Ravji  was followed were decided per incuriam, as the law laid down therein is contrary to the law laid by the Constitution Bench of the Supreme Court in Bachan Singh. In Bachan Singh , Court held that before giving death sentence Court should not confine its consideration principally or merely to the circumstances connected with the particular crime but must also give due consideration to the circumstances of the criminal. It is also observed that it can be safely said that the Bachan Singh threshold of "the rarest of rare cases" has been most variedly and inconsistently applied by the various High Courts as also the Supreme Court.

i) A conclusion as to the 'rarest of rare' aspect with respect to a matter shall entail identification of aggravating and mitigating circumstances relating both to the crime and the criminal.

ii) The expression 'special reasons' obviously means ('exceptional reasons') founded on the exceptionally grave circumstances of the particular case relating to the crime as well as the criminal.

iv) Public opinion is difficult to fit in the 'rarest of rare' matrix. People's perception of crime is neither an objective circumstance relating to crime nor to the criminal. Perception of public is extraneous to conviction as also sentencing, at least in capital sentencing according to the mandate of Bachan Singh

v) Capital sentencing is one such field where the safeguards continuously take strength from the Constitution.

(vi) The Apex Court as the final reviewing authority has a far more serious and intensive duty to discharge and the Court not only has to ensure that award of death penalty does not become a perfunctory exercise of discretion under S.302 after an ostensible consideration of 'rarest of rare' doctrine, but also that the decision - making process survives the special rigours of procedural justice applicable in this regard.

vii) The 'rarest of rare' case comes when a convict would be a menace and threat to the harmonious and peaceful coexistence of the society. The crime may be heinous or brutal but may not be in the category of "the rarest of the rare case". There must be no reason to believe that the accused cannot be reformed or rehabilitated and that he is likely to continue criminal acts of violence as would constitute a continuing threat to the society.

viii) Life sentence is the rule and the death penalty is the exception. The condition of providing special reasons for awarding death penalty is not to be construed linguistically but it is to satisfy the basic features of a reasoning supporting and making award of death penalty unquestionable.

(ix) The circumstances and the manner of committing the crime should be such that it pricks the judicial conscience of the Court to the extent that the only and inevitable conclusion should be awarding of death penalty.

Based on the above extra ordinary admission of error by the Supreme Court in the Bariyar Case , 14 retired judges led by former SC judge P B Sawant, the signed up separate letters to the President pointing out that the death sentences given to these nine persons by various two-judge benches of the SC were "contrary to the binding dictum of rarest of rare" propounded in the 1980 five-judge bench verdict in Bachan Singh vs State of Punjab. Report here.

Following the above incident Justice K.T.Thomas, who wrote the main Judgment in the Rajiv Gandhi assassination case said ““At a time when the Supreme Court bench headed by me pronounced judgments in Rajiv Gandhi assassination case, apparently, we did not consider the nature and character of the accused who were sentenced to death penalty by us. It was only many years thereafter a bench headed by Justice S B Sinha pointed out that without considering the nature and character of accused, a death sentence should never be awarded”. Report here.

Since the Supreme Court decided to re-hear the Ankush Maruti Shinde Case, the same exercise must be carried out in all the cases which were decided on the basis of the wrong precedent in Ravji Case. Is also applicable to the other cases where the Court had awarded the death sentence based on the “Crime Test” without resorting to the “Criminal Test” even if the Ravji Case was not expressly relied on.

The Supreme Court which commuted the death penalty of 15 condemned prisoners to life imprisonment on January 21 in the Shatrughan Chauhan case on the ground that their mercy pleas were kept pending for a long time which led to grave harm to their right to life and later heard a similar plea by Rajiv Gandhi assassination case convicts Santhan, Murugan and Perarivalan[reserved for orders].

Now the question is, will the Supreme Court re-hear the Rajiv Gandhi assassination Case on this ground if not their death sentence is commuted on the ground of delay?

M.A.Rashid is the Co-Founder and Director of LIVE LAW. He is also an Author and Editorial Consultant with LexisNexis.