The Supreme Court – Final but Infallible? 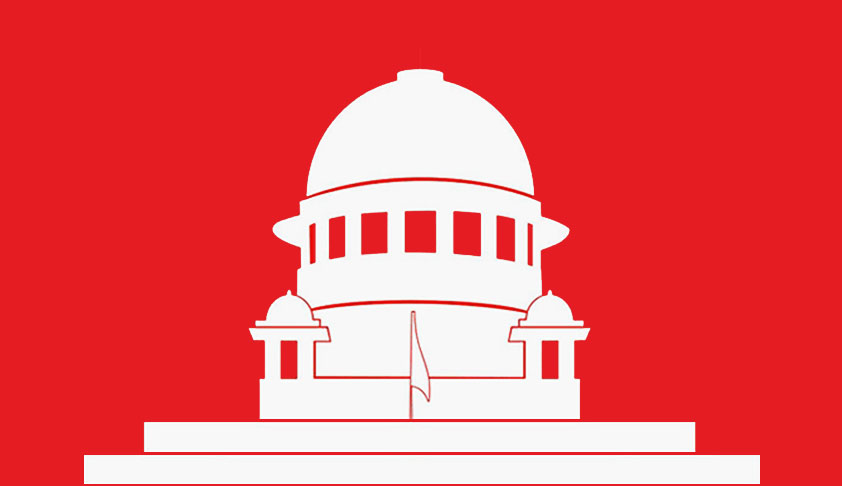 Last few months have been very eventful for the Supreme Court. A lot was shared, a lot was informed, a lot was discovered. In fact a lot of ink has flown on it as well. I, therefore, refrain from going into the flashback. I will restrict myself to two orders passed yesterday by the court and will attempt to answer few legal questions surrounding them. The past events remain important,...

Last few months have been very eventful for the Supreme Court. A lot was shared, a lot was informed, a lot was discovered. In fact a lot of ink has flown on it as well. I, therefore, refrain from going into the flashback. I will restrict myself to two orders passed yesterday by the court and will attempt to answer few legal questions surrounding them. The past events remain important, howsoever, to understand the context of Part – II of this article.

The Supreme Court bench comprising of Chief Justice Dipak Misra, Justice DY Chandrachud and Justice AM Khanwilkar granted stay on all criminal proceedings against an actress Priya Prakash Varrier and the director of the Malayalam film ‘Oru Adaar Love’, Omar Abdul Vahab. The court also issued notice to the states of Telangana and Maharashtra.

I ask myself three questions –

Let me now make an attempt to answer them.

Recently, by 2:1 majority, a three-judge bench in Indore Development Authority v Shailendra (Dead) Through Lrs. And Ors (J1) had held that the decision by another three-judge bench in Pune   Municipal   Corporation   &   Anr  v Harakchand   Misirimal   Solanki (J2),  was per incuriam, observing that there is no lapse of acquisition due to the non-deposit of amount under the provisions of old and new land acquisition Acts. Another 3-judge bench (J3) yesterday, requested the other Supreme Court benches and the high courts to not to deal with any cases relating to the interpretation of or concerning Section 24 of the new land Act and apparently stayed the operation of J1. Interestingly all J1, J2 and J3 are 3-judge benches of the Supreme Court.

By the time, this story is published, there is news that the J1 bench has referred the matters to the CJI for constituting an appropriate bench.

At this juncture let us deal with the concept of obliteration of precedents. A precedent can be obliterated in 6 ways i.e. –

Therefore J1 upsetted the doctrine of Stare Decisis. The principle of stare decisis is embedded in latin Maxim ‘stare decisis et non quietamovere’, firmly entrenched in the British system of doctrine of binding precedent and embodied in Article 141 of the Constitution which provides that the law declared by Supreme Court shall be binding on all courts within the territory of India. ‘Stare decisis’ means ‘to stand by decided cases’. We have a hierarchy of courts. The Supreme Court is at the top of pyramid. It decides cases with a seal of finality. The decision is an authority for what it actually decides.

The Supreme Court does not regard itself bound by its own previous decisions and feels free to overrule them if it thinks that to be necessary. As early as 1955, in Bengal Immunity Co. v State of Bihar, the court expressed the opinion that it was not bound by its earlier judgments; it could reconsider its own previous decisions; it possessed the freedom to depart from them, or even overrule then whenever it thought fit to do so to keep pace with the needs of changing times. There was nothing in the Constitution against such a course of action. Judicial opinions on constitutional questions are not immutable.

A 5-judge bench of the Supreme Court in Central Board Of Dawoodi Bohra v State Of Maharashtra & Anr, while discussing the legal propositions relating to judicial discipline, laid down the following law –

“(1) The law laid down by this Court in a decision delivered by a Bench of larger strength is binding on any subsequent Bench of lesser or co-equal strength.

(2) A Bench of lesser quorum cannot doubt the correctness of the view of the law taken by a Bench of larger quorum. In case of doubt, all that the Bench of lesser quorum can do is to invite the attention of the Chief Justice and request for the matter being placed for hearing before a Bench of larger quorum than the Bench whose decision has come up for consideration. It will be open only for a Bench of co- equal strength to express an opinion doubting the correctness of the view taken by the earlier Bench of co- equal strength, whereupon the matter may be placed for hearing before a Bench consisting of a quorum larger than the one which pronounced the decision laying down the law the correctness of which is doubted.

(3) The above rules are subject to two exceptions : (i) The abovesaid rules do not bind the discretion of the Chief Justice in whom vests the power of framing the roster and who can direct any particular matter to be placed for hearing before any particular Bench of any strength; and (ii) In spite of the rules laid down hereinabove, if the matter has already come up for hearing before a Bench of larger quorum and that Bench itself feels that the view of the law taken by a Bench of lesser quorum, which view is in doubt, needs correction or reconsideration then by way of exception (and not as a rule) and for reasons it may proceed to hear the case and examine the correctness of the previous decision in question dispensing with the need of a specific reference or the order of Chief Justice constituting the Bench and such listing.”

Unlike the US Supreme Court where all judges sit together, our Supreme Court sits in different benches and combinations. Perhaps this is why our Supreme Court has time and again being called ‘judge-centric’ or as now critics use - ‘bench centric’. The recent developments do not push the court in a positive direction. The court is undeniably going through a crisis. It needs to introspect. George Orwell wrote – “To see what is in front of one’s nose, needs a constant struggle.” Hopefully, wisdom will prevail. Till then, fingers crossed!