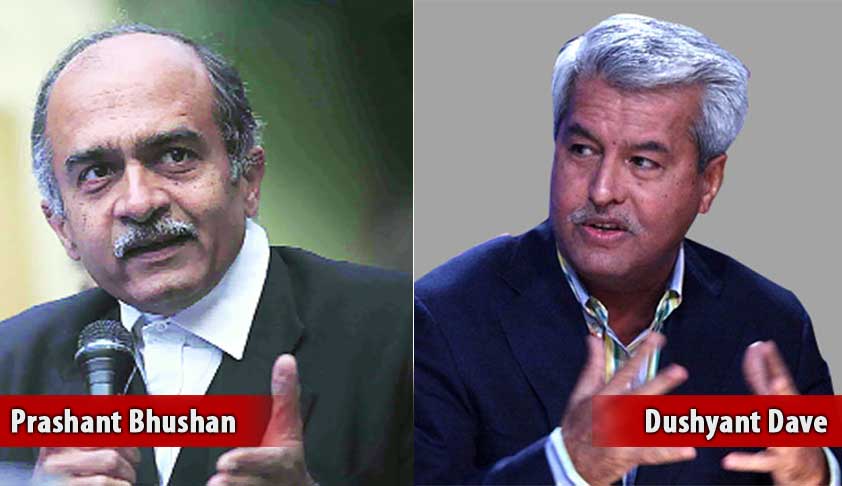 The first principle of natural justice consists of the rule against bias based on three maxims: First, ‘no man shall be a judge in his own cause’; second, ‘justice should not only be done but manifestly and undoubtedly be seen to be done’; and third, ‘judges, like Caesar’s wife, should be above suspicion’.The Supreme Court of India can truly take pride in taking judicial review...

The first principle of natural justice consists of the rule against bias based on three maxims: First, ‘no man shall be a judge in his own cause’; second, ‘justice should not only be done but manifestly and undoubtedly be seen to be done’; and third, ‘judges, like Caesar’s wife, should be above suspicion’.

The Supreme Court of India can truly take pride in taking judicial review of administrative actions to great heights. But do judges themselves follow the law they declare? The answer appears to be in the negative, as seen in Sahara-Birla case decided on January 11, 2017.

Justices Arun Mishra and Amitava Roy dismissed applications made by an NGO seeking direction for criminal investigation into large-scale payments allegedly made to political leaders across party lines, which the investigating agencies had declined to do. Despite having noted the documents seized during the CBI and IT raids on the Aditya Birla and Sahara groups, the court felt obliged to be “on guard while ordering investigation against any important constitutional functionary, officer, or any person in the absence of some cogent legally cognisable material.” The judgment records that, “The random log suggests that cash was transferred to several important public figures. Copies of the random pages have been filed as Annexure A-8. The pages Annexure A-9 and A-10 have been filed which contain the proposal and regarding the actual payments which were made to large number of top political leaders of the country”. Among those named was Madhya Pradesh chief minister Shivraj Singh Chouhan.

On December 10, 2016, Justice Mishra organised the wedding of his nephew in Gwalior. Newspapers in Madhya Pradesh have reported that Chouhan attended the wedding. It is pertinent to mention that the case was being heard since November 2016 by another bench, of which Justice Mishra was a member.

Post January 3, Justice Mishra started presiding over the bench for the first time and the controversial Sahara-Birla case was listed before his bench. But not once did he disclose his proximity to political leaders including Chouhan. Justice Mishra was therefore “automatically disqualified” from hearing the case without any investigation into whether there was a likelihood or suspicion of bias. This is because of the law declared by the Supreme Court in several cases. The constitution bench in Rupa Ashok Hurra vs Ashok Hurra & Anr (2002) created an extraordinary remedy – “curative petition” – to cure “irremedial injustice”, holding that, “We are of the view that though judges of the highest court do their best, subject of course to the limitation of human fallibility, yet situations may arise, in the rarest of the rare cases, which would require reconsideration of a final judgment to set right miscarriage of justice complained of.” Amongst the situations justifying such relief is, “where in the proceedings a learned judge failed to disclose his connection with the subject-matter or the parties, giving scope for an apprehension of bias, and the judgment adversely affects the petitioner.”

The judgment on January 11 falls squarely within this parameter because Justice Mishra failed to disclose his connection with Chouhan and perhaps with other political leaders mentioned in the documents, ‘giving scope for apprehension of bias’. The judgment affects not just the complainant but the larger public interest too.

On the issue of recusal, the Supreme Court has followed the 1998 House of Lords judgment in In Re Pinochet. In In Re Pincohet, the House of Lords recalled its previous judgment on the ground of apprehension of bias on account of one of the judges, Lord Hoffmann, and his wife having been connected with one of the parties to the case, Amnesty International, holding that, “The fundamental principle is that a man may not be a judge in his own cause… This principle as developed by the courts has two similar but not identical implications… The second application of the principle is where a judge is not a party to the suit and does not have a financial interest in its outcome but in some other way his conduct or behaviour may give rise to a suspicion that he is not impartial, for example because of his friendship with a party.”

While separately dealing with the issue of recusal by the bench, the Supreme Court, in its judgment on October 16, 2015 in the Supreme Court Advocates-on-Record Association (NJAC) case, deeply dilated on the “impartial judge” being the hallmark of a democracy and approvingly referred to Pinochet and the automatic disqualification of a judge “interested in a cause”. In 2001 in Kumaon Mandal Vikas Nigam Ltd., the court had declared, “… a real danger of bias might well be thought to arise if there were personal friendship or animosity between the judge or any member of public involved in the case.” In 2012, in R.C. Chandel, Justice R.M. Lodha cautioned that, “A judge must be a person of impeccable integrity and unimpeachable independence” for the survival of democracy and rule of law.

In its charter, ‘The Restatement of Values of Judicial Life‘, the full court of the Supreme Court has laid emphasis, inter alia, on the following: “Justice must not merely be done but it must also be seen to be done. The behaviour and conduct of members of the higher judiciary must reaffirm the people’s faith in the impartiality of the judiciary”; “A judge should practice a degree of aloofness consistent with the dignity of his office”; “A judge shall not hear and decide a matter in which a member of his family, close relation or a friend is concerned”; and “Every judge must at all times be conscious that he is under the public gaze…”

On December 18, 2016, Justice Mishra held a wedding reception for his nephew in Delhi. I was present at the reception along with a large number of lawyers, judges from Supreme Court and high courts of Delhi, Madhya Pradesh, and Rajasthan and registry officials. Also present were a large number of top political leaders from across party lines, including Union cabinet ministers unconnected to law, a far cry from the expected “degree of aloofness”. What did this signify for the high court judges present? It is common nowadays to see high constitutional functionaries attending personal functions organised by Supreme Court and high court judges. What happens of the resolve to remain aloof?

Justice Mishra’s judgment is based on two findings. First, that the Settlement Commission has called the Birla-Sahara documents “doubtful” and second, that they are of no evidentiary value either because they were contained as electronic records or not as regular books of accounts. On both counts, with greatest respect, the judgment suffers from serious legal infirmities by ignoring the fact that the contents of electronic records are admissible under the Evidence Act without further proof of the original and that Section 132(4) and (4A) of the Income Tax Act, read with Section 79 of the Evidence Act, create the legal presumption of such documents as “belonging to the person from whom they are seized” and “to be true” and make statements made in respect of such documents in investigation as evidence. The Supreme Court has itself – in Pooran Mal v. Director of Inspection and ITO v. Seth Bros. – confirmed this position. The Madras, Delhi and Rajasthan high courts have treated such documents as admissible.

Dushyant Dave is a senior advocate and former president of the Supreme Court Bar Association.

This Article is originally published in TheWire. Here is the original link.