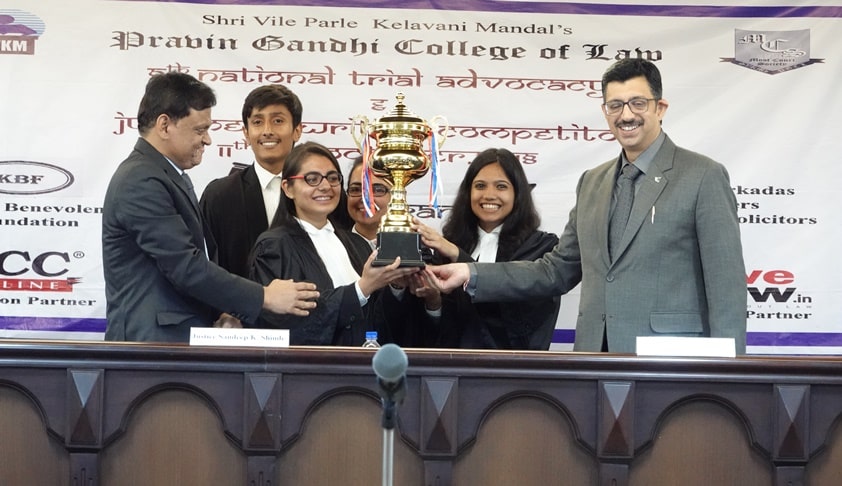 Sunday saw the culmination of the four-day Nyayavalokan'18, the 9th annual edition of the National Trial Advocacy and Judgment Writing Competition organised by SVKM’s Pravin Gandhi College of Law in Mumbai.

While UILS, Punjab, were the winners, BVP of Pune won the runners-up trophy.

The event began on 11th October with the inaugural ceremony, preliminary rounds on October 12, quarter-finals on October 13, followed by the semi-finals, judgment writing competition, finals and lastly the valedictory ceremony wherein the participants were awarded for their hardwork.

The semi-finalists were announced right after the quarter-finals on October 13, after which they were given an hour to brief their witnesses for the semi-finals.

The semi-final rounds began at 8 am on 14th October and went on till 1 pm, the judgment writing competition was held parallel with the semi-finals, one researcher for each of the 20 teams witnessed the semi-finals and wrote a judgment accordingly.

The results of the semi-finals were announced around 1:30 pm and the teams were given 45 minutes for the witness briefing. Sitting judges of Bombay High Court, Justice Karnik and Justice Shinde adjudged the final rounds. They remarked, "The arguments presented by both the sides were incredible and it was difficult to choose the winning team."

The results for the best speaker, judgment writing competition, and finals were announced by the chairperson of moot court society, Yash Modi.

The winning teams were awarded the trophies, subscription by SCC, cash prizes, vouchers by Jus Dicere and certificates.

The participants remarked, "The hospitality and accommodation provided by the committee were excellent."
The event marked its end by the valedictory ceremony and vote of thanks.