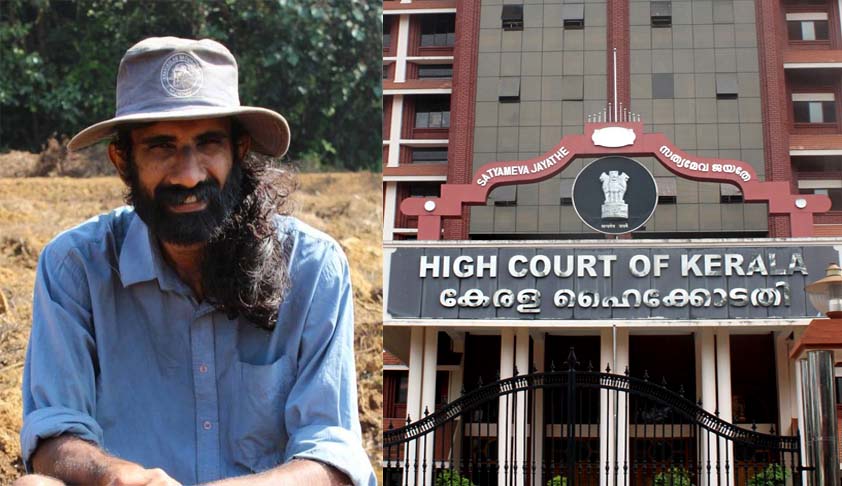 A coming back of heydays for Constitutional Law!!!!!  Inertia on Interpretational exercise appears waning.  Vibrant connotations on Constitution are in the horizon!  ‘Personal liberty’, a concept slowly fading, is again back on its track to the core of constitutional jurisprudence.  This is the feel of euphoria now hovers in the legal circle with Justice Muhammed Mustaque’s judgment...

A coming back of heydays for Constitutional Law!!!!!  Inertia on Interpretational exercise appears waning.  Vibrant connotations on Constitution are in the horizon!  ‘Personal liberty’, a concept slowly fading, is again back on its track to the core of constitutional jurisprudence.  This is the feel of euphoria now hovers in the legal circle with Justice Muhammed Mustaque’s judgment in ‘Syam Balakrishnan’ case. ‘Being Maoist is not a crime’ – a captivating caption is given to the judgment by many of the national dailies.

After some landmark cases like A.K. Gopalan’s case, A.D.M. Jabalpur case, Maneka Gandhi’s case, the ‘concept of personal liberty’ could not rejoice with remarkable cases.   When lawyers tried to make points in Courts on personal liberty in bail applications and petitions challenging detention orders, the Bench was scornful always. Of late, meaningful discussions or debate on fundamental human freedom has not been taking place in the Altar of Justice. The man, who complains of deprivation of personal liberty, could not make out his case as he is gagged at the inception by the Bench by derisively commenting ‘Police won’t take you for their pleasure, but for your involvement in crime’.  Bench used to give stamp of approval to police action even profiteering to Section 114 of the Evidence Act with the logic of official acts are done ‘regularly and correctly’. It seemed that lack of resourcefulness on human rights jurisprudence dissuaded the Bench from further delving into.   A culpable shying away! The colonial jurists appeared to be more sensitive to the fundamental freedom of personal liberty.

Maoists are being condemned for their violent acts. For the State, Maoists try to challenge the authority of democratically elected Government, act against establishment and undermine Rule of Law. If violence is the yardstick for proscribing an organization, the axe must have fallen on many a political party before Maoists.  Look at from a dispassionate platform.  Are the established political parties different from the Maoists while violence and challenge to Rule of Law count?   More deleterious acts are done by recognized political parties.  Persons in the helm of affairs need bribe for governance, when Prevention of Corruption Act penalizes it!  Organized vandalism by setting fire to public transport vehicles and government offices resulting in loss of crores of rupees takes place on the exhortation of these political parties. Alas! Perfect legitimization is given to these acts of violence by all concerned including media.  We, People of Kerala, have not heard thunderous violence from Maoists in Kerala.   But, have seen gory incidents of maiming to death a school teacher in front of tiny kids by a recognized political party.   A particular political party will not compromise on cuts of 52 in number while killing political opponents.

Sometimes it appears that State itself turns into panic mongers. Incidents of rampage at a Toll Plaza or at a Kentucky Fried Chicken Restaurant by a few lot claiming as Maoists is blown out of proportion by vested interest in governance. A colour of dreadful atmosphere of ‘Maoist attack’ is given by powers–that–be. The persons in governance are then maneuveringly staking claims for more fund allocation for combating a ‘Roopesh’ and other Maoists.  More weapons and gadgets are purchased.  More ‘commission payments’ go to the ‘destined hands’. Very deftly executed screens play, indeed!   Real challenges to the System and People by established political parties go unnoticed.   A good cover-up for organized looting on polity by those in governance and those aspire to be in governance.

An individual must have freedom to form ideas and profess it.  A political philosophy about any form of governance, be it Maoism, Communism, Oligarchy, Theocracy, can be articulated within the frame work of Constitution.  The day when the activists or thinkers turn violent, they are bound to see the long arms of law. This is Rule of Law intertwined with fundamental human freedoms followed in liberal democracies.  The propagation of a political philosophy of governance, projected as an alternative to the present System, does not in any way confront with Constitutional Scheme.  The individual freedom to profess an idea and communicate the same to the collective conscience of the society is an indefeasible fundamental freedom of a human being.  The lexical meaning to ‘freedom of speech’ is given logical expansion by Justice Mohammed Mustaque in ‘Syam Balakrishnan’s’ case by declaring that ‘being Maoist is not a crime’.  An invigoration to the Constitutional philosophy by an excellent interpretational exercise!!  Kudos to Justice Mohammed Mustaque and Kerala High Court.  The ushering in of human rights jurisprudence has again begun.  The lethargical approach to development of the Constitutional Law starts receding.  One expects an inundation of innovative interpretations from the High Court of Kerala.   Definitely that is in the offing, given the present trend.