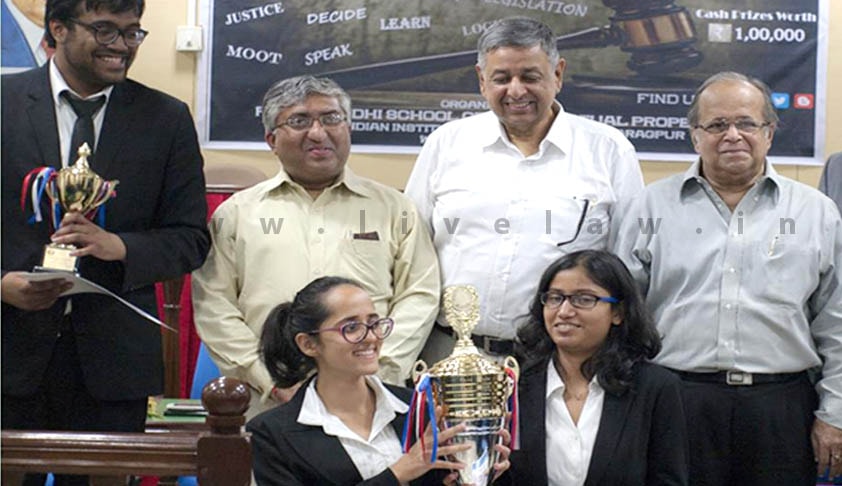 The second edition of the IIT Law School National Moot Court Competition was held at the Rajiv Gandhi School of Intellectual Property Law, Indian Institute of Technology Kharagpur from 6th Nov to 8th Nov 2015. The objective of the competition was to introduce law students to important issues arising in Intellectual Property Rights Litigation. This year the Moot preposition was primarily based on contemporary copyright and digital rights questions of law.

Thirty Law Schools from across the country participated in the competition. The Competition was inaugurated by Hon'ble Justice (Retd.) Shyamal Kumar Sen, Former Governor, West Bengal who was accompanied by Prof Souvik Bhattacharyya, Director (Officiating), IIT Kharagpur  as the Guest of Honour.