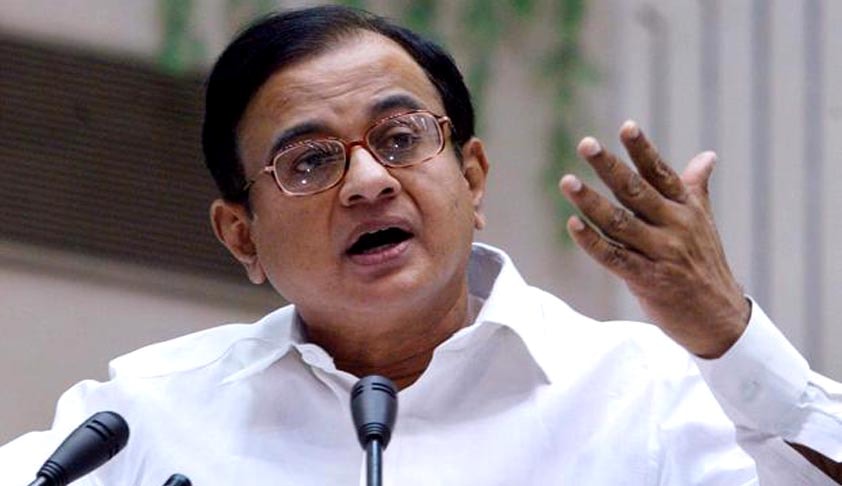 The quashed orders relate to the financial year 2009-10,  in which the Chidambaram family had claimed exemption for income derived from sale of raw coffee as agricultural income under Section 10(1) of the Income Tax Act. The claim for exemption was initially accepted by Assessing Officer.  The Assessing Officer finalized the assessment and passed order to that effect on 30.12.2011. Four years after the finalization of assessment for the year 2009-10,  it was sought to be re-opened and re-assessed under Section 148 of the Income Tax Act. The purported reason for reopening was cited as  that the Chidambaram family had sold cured coffee instead of mere dried coffee. While proceeds of sale of dried coffee was entitled to exemption, 25% of the proceeds from sale of cured coffee was liable to tax as per Rule 7B(1) of the Income Tax Rules.  On this ground, the completed assessment was re-opened, and show-cause notices were issued to them. The re-assessment was stated to be on the basis of law laid down by Income Tax Appellate Tribunal in Income Tax Appellate Tribunal (ITAT) in the case of ITO vs. TC Abraham, ITA No.1132(MDS)/2013 that sun dried coffee was liable to tax. In furtherance of the notices, final assessment order was passed, imposing tax liability on income from coffee sale on the premise that what was sold was cured coffee.

The assessment orders were challenged on following grounds :-

Justice T.S Sivagnanam, the learned Single Judge who considered the matter, accepted all the grounds of challenge and allowed the writ petition.

‘Change of Opinion’ no ground to re-open concluded assessment.

It was held that reassessment could not be made merely on the ground of ‘change of opinion’. It was stated that the assessee was only under the obligation to make full disclosure of primary facts. If the primary facts disclosed by the assessee are accepted by the assessing officer to pass assessment order, the same cannot be later re-opened on the ground that a different inference from the facts could be drawn.  The Chidambaram family was found to have made full disclosure of primary facts. Their claim for exemption was initially accepted. Therefore, the assessment cannot be re-opened on the mere ground that a different view on the same set of facts was possible. That was beyond the scope of Section 148 of the Income Tax Act. In holding so, the judgment followed the Supreme Court judgment in  Commissioner of Income Tax, Delhi vs. Kelvinator of India Limited (2010) 2 SCC 723, wherein it was stated that power of reassessment was not a power of review, and that rule against ‘change of opinion’ was an in-built safeguard against misuse of power by officers. It was observed as follows :-

Two conditions are required to be satisfied before the respondent could issue notice under Section 148 of the Act, namely, (1) he must have reason to believe that income chargeable to tax has escaped assessment and (2) such income has escaped assessment by reason of omission or failure on the part of the assessee to disclose fully and truly material facts necessary for assessment for the year. The settled legal position is that both these conditions must co-exist in order to confer jurisdiction on the respondent. Further, the respondent should record his reasons before initiating proceedings under Section 148(2) of the Act; before issuing the notice after the expiry of four years from the end of the relevant assessment year. The assessee is expected to make a true and full disclosure of the primary facts. It is thereafter for the respondent to draw an inference from those primary facts. If on a further examination either by the same officer or by a successor, the inference arrived at appears to be erroneous, mere change of opinion would not be a justification to reopen the assessment.

Speaking order to be passed for re-assessment.

The Hon'ble Supreme Court pointed had held in GKN Drive Shafts (India) Limited vs. Income Tax Officer - 2002 Supp (4) SCR 359   that if the assessee desires and seeks for reasons for reopening, the Assessing Officer is bound to furnish reasons within a reasonable time and on receipt of the reasons, the assessee is entitled to file objections for issuance of notice and the Assessing Officer is bound to dispose of the same by passing a speaking order. This directive was found to have been violated in the process. Hence it was held that there was breach of principles of natural justice.

The Court also accepted the case of the petitioners that they were singled out and were subjected to discrimination. It was contended that several other similarly situated persons were granted exemption, whereas petitioners were subjected to re-assessment. The Department did not offer any explanation to this contention. Hence the court treated this contention as deemed to have been admitted by the Department.

Therefore, the petitions were allowed quashing the re-assessment orders, in a huge relief to the Chidambaram family.